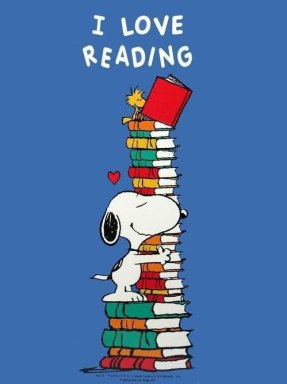 HELLO and welcome to the 73rd installment of Things I Read That I Love, wherein I share with you some of the longer-form journalism/essays I’ve read recently so that you can read them too and we can all know more about women in combat! This “column” is less feminist/queer focused than the rest of the site because when something is feminist/queer focused, I put it on the rest of the site. Here is where the other things are.

In Conversation with Topside Press (April 2013), by Theodore Kerr for Lambda Literary – This interview is SO. GOOD. It’s with Tom Leger, Julie Blair, Red Durking and Riley MacLeod and they’re talking their press but also mostly the book “The Collection” which contains 28 short stories by transgender writers.

Two Cheers for Web U! (April 2013), by A.J Jacobs for The New York Times – A.J. Jacobs has basically made his career on ‘stunt journalism,’ which is like when you do a thing for a period of time just to write about it. This time he took free online courses, which is probs the least daring mission he’s undertaken, but I’m really interested in the fact that people are disciplined enough to do this in the first place. And I say this as somebody who has given herself an education in Queer Theory and Women’s Studies because I didn’t do any of that stuff in college.

Natural Born Killers (May 2013), by Nathaniel Penn for GQ – “Women get flustered under fire. They’re too fragile, too emotional. They lack the ferocity required to take a life. They can’t handle pain. They’re a distraction, a threat to cohesion, a provocative tease to close-quartered men. These are the sort of myths you hear from people who oppose the U.S. military’s evolving new rules about women in combat. But for women who have already been in combat, who have earned medals fighting alongside men, the war stories they tell don’t sound a thing like myths.”

Dr. Do-It-All (September 1995), by Joan Kron for Allure – I am really confused about why this guy was allowed to perform surgical procedures. I googled him obviously and I guess he tried to sue Allure for this article even though there were six malpractice suits pending against him at the time. He died in 2009.

The Lady Jaguars (April 2012) by John Branch for The New York Times – The New York Times did this five-part piece with lots of pictures about Carroll Academy in Tennessee, which is operared by the Carroll County Juvenile Court in an area which is “beset by high unemployment, rampant prescription drug abuse and a proliferation of methamphertamine labs.” The focus of the piece is their women’s basketball team, but that’s basically a jumping-off point to discuss the school in general.

Southern Radicle (March 2013), by Joe Spring for Outside – “In 2010, James Beard “Best Chef Southeast” winner Sean Brock started a new restaurant to protect the legacy of a lost cuisine. He ended up sowing a revolution.”

My Month As A Slut, by Lauren Quin for Vela Magazine – Honestly just because this line hit home so hard it basically moved in – ” I didn’t fit in either camp—I had the good grades and citizenship marks of the goody-goodies but the musical taste and angst of the partiers.” and “But what was real? I wanted to ask, cars speeding past us on the road. Where were the real girls, how did you find them? How did you become them?” This essay is the ’90s, the mall, Courtney Love, the conflicting messages we got as teenagers in the 90s about being both tough and sexy.

Generation Ask (May 2013), by Lauren Smiley for San Francisco Magazine – About crowdfunding, but more focused on GoFundMe and people raising money for medical bills. I feel like we’re in stage two right now – stage one was the rise of crowdfunding, stage two will be the conversation about it which will fuel a rapid rise in popularity and heaps of success stories, and then stage three will be one or two of those sites or methods failing, and stage four will look something like the future of crowdfunding, which I imagine won’t be as frenzied or popular as it will be at its peak (which we haven’t quite hit yet).

The Wronged Man (November 2004), by Andrew Corsello for GQ – I’ve read a lot of things about innocent men on death row or sentenced to life in prison but this one really takes the cake. It’s about Calvin Willis, who was in jail for 22 years for rape of a child and was eventually exonerated by DNA evidence. Often when people are wrongly accused, there’s a thing tying them to the crime that you can blame for how it all went wrong — they were related to or otherwise knew the victim, they have no alibi, they had a shitty lawyer who gave shitty legal advice, there was a forced confession, something of theirs was found near the victim — but then there are stories like this one. Apparently he’s yet to receive an apology for having his life torn apart, but they made a movie about it starring Julia Ormond and Mahershala Ali in 2010. Here he is on Life After Exoneration.

Food Stamps Put Rhode Island Town on Monthly Boom and Bust Cycle (March 2013), by Eli Saslow for The Washington Post – About a town where almost everybody is on food stamps, from the perspective of a local Mom and also a grocery store owner who builds the business with that in mind and does 25% of his monthly sales on the first day of the month when everybody’s EBT cards are loaded.

Our Feel-Good War Against Breast Cancer (April 2013), by Peggy Orenstein for The New York Times – I feel like everybody’s gonna be talking about this one. I can’t stop thinking about it:

Recently, a survey of three decades of screening published in November in The New England Journal of Medicine found that mammography’s impact is decidedly mixed: it does reduce, by a small percentage, the number of women who are told they have late-stage cancer, but it is far more likely to result in overdiagnosis and unnecessary treatment, including surgery, weeks of radiation and potentially toxic drugs. And yet, mammography remains an unquestioned pillar of the pink-ribbon awareness movement. Just about everywhere I go — the supermarket, the dry cleaner, the gym, the gas pump, the movie theater, the airport, the florist, the bank, the mall — I see posters proclaiming that “early detection is the best protection” and “mammograms save lives.” But how many lives, exactly, are being “saved,” under what circumstances and at what cost? Raising the public profile of breast cancer, a disease once spoken of only in whispers, was at one time critically important, as was emphasizing the benefits of screening. But there are unintended consequences to ever-greater “awareness” — and they, too, affect women’s health.