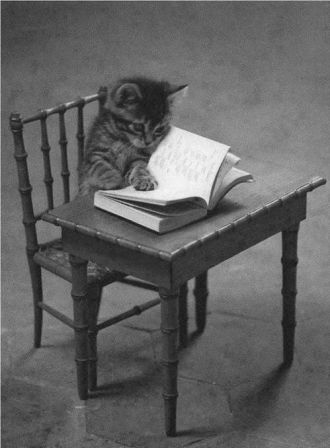 HELLO and welcome to the 44th installment of Things I Read That I Love, wherein I share with you some of the longer-form journalism/essays I’ve read recently so that you can read them too and we can all know more about Harriet the Spy and being a rock critic! This “column” is less feminist/queer focused than the rest of the site because when something is feminist/queer focused, I put it on the rest of the site. Here is where the other things are.

On Spies and Purple Socks and Such (January/February 2005), by Kathleen T. Horning for The Horn Book – I was alerted to this piece by a comment on my post about aspirational heroines of YA Novels, and it is AWESOME and about Harriet the Spy and the queer subtext and the fact that the lady who wrote it is queer as a three-dollar bill, so.

On Falling Apart (September 2012), by Sady Doyle for Rookie  – “Mental illness is like this. It doesn’t always show up suddenly and dramatically. I had been diagnosed in the past with depression and generalized anxiety disorder, both of which were common illnesses, and which I thought explained my problems. I would have been insulted if you’d suggested I had anything more serious. I was just joyless, I was just angry, I was just lonely. I thought maybe I had chronic fatigue or something, but I didn’t see a reason to get it checked out. By the time I was unwashed, incoherent, and skeletal, I had gotten so used to being unhappy that I almost didn’t see the difference.”

What Are You Wearing? (August 2006), by Davy Rothbart by GQ – Firstly, I know this guy, or he’s friends with my friends, or my brother, or his brother? I can’t remember. Ann Arbor is a tiny town. Anyhow, in this piece he has a consistent anonymous phone sex relationship with a girl who says her name is Nicole and this is the story of that.

Promiscuous Reading (August 2012), by Elif Bautman for The New Yorker: “If it was such a good book, and such a short one (a hundred and eighty-six pages), why had I abandoned it? An excellent question, maybe even a necessary one, but I didn’t have much of an answer. Abandoning books was just something I did, I told him, and something I was increasingly unable to stop myself from doing. I’ll start a book, get about halfway through it, and then, even if I’m enjoying it, put it down in favor of something else.”

How to Be A Rock Critic (October 1974), by Lester Bangs for The Shakin’ Street Gazette – A blast from the past from the illustrious Lester Bangs, who those unfamiliar with his work may still know as the guy Phillip Seymour Hoffman played in Almost Famous.

Emails from Esther (September 2012), by Josh Fischel for The Bygone Bureau– This guy spends time listening to right-wing podcasts and then contacting them to correct all the facts they got wrong. This column tracks one of his more interesting exchanges, on the topic of global warming

Jerry Sandusky and the Mind of a Pedophile (September 2012), by Malcom Gladwell for The New Yorker – “When monsters roam free, we assume that people in positions of authority ought to be able to catch them if only they did their jobs. But that might be wishful thinking. A pedophile, van Dam’s story of Mr. Clay reminds us, is someone adept not just at preying on children but at confusing, deceiving, and charming the adults responsible for those children—which is something to keep in mind in the case of the scandal at Penn State and the conviction, earlier this year, of the former assistant football coach Jerry Sandusky on child-molestation charges.”

The Sound of All Girls Screaming (October 2011), by Shani Boianjiu for Vice – “This is my chance. As long as I am choking, I am allowed. My talking serves a purpose, it is a matter of national security. A part of our training. I will be prepared for an attack by unconventional weapons. I could save the whole country, that’s how prepared I’ll be. My entire head is burning but my mouth rolls off words; they taste like apples, and they go on and on and on.”

Love, Lies & Online Dating (October 2008), by Nozlee Samadzadeh for The Morning News – “Either you’ve done it or you know someone who has: online dating, the scourge and savior of contemporary romance. A panel of experts discusses love 2.0.”

Lee Boyd Malvo, 10 Years After the Sniper Shootings (October 2012), by Josh White for The Washington Post – Remember this? When this happened? The 17-year-old is 27 now, and has some things to say.