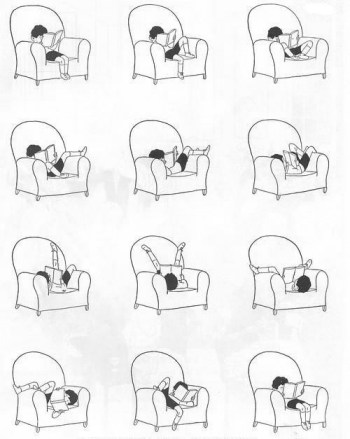 HELLO and welcome to the 28th installment of Things I Read That I Love, wherein I share with you some of the longer-form journalism/essays I’ve read recently so that you can read them too and we can all know more about plane crashes! This “column” is less feminist/queer focused than the rest of the site because when something is feminist/queer focused, I put it on the rest of the site. Here is where the other things are.

S/He (May 2012), by Jesse Green for New York Magazine — I mentioned last week that Morgan was gonna write about this piece for Monday but she ended up not being able to. So here it is! It’s about raising transgender children.

There Are No Goodbyes in the Army, by Simone Gorrindo for Vela Magazine  – “I remembered him when we’d first gotten together—his long dark hair in his eyes, his barren San Francisco studio populated with endless stacks of books, NPR constantly humming on the radio, an abundance of mugs ringed with coffee scattered throughout the apartment. We’d both grown up in liberal Bay Area families—he’d actually spent the first eight years of his life on a commune. But he’d been an athlete since he was able to walk, someone who found the office workday existence an unbearable cage, and somewhere along the line he had changed, or, as he put it, discovered what he’d wanted to do all along.”

The Super Bowl of the Mind (May 2012), by Alan Seigel for Slate – I was on a Quiz Bowl team in middle school, it was like the best thing ever even though we would lose from time to time.

Prep-School Predators: The Horace Mann School’s Secret History of Sexual Abuse (June 2012), by Amos Kamil for The New York Times Magazine – There’s the article, and then there’s the comments. And this blessed human being.

The Unfuckables (May 2012), by Anna Breslaw for The New Inquiry – This might be a good time to confess that I’ve never been into Tina Fey or “Female Chauvinist Pigs,” which are both discussed in this piece. Also yes I know Ariel Levy is gay. Also, it really pisses me off when women talk shit about strippers, for real.

The High Life and Strange Times of the Pope of Pot (June 1991), by Mike Sager for Rolling Stone “A pioneer of marijuana delivery service in New York City, Mickey the Pope had an 800 number and a corps of bicycle messengers covered by a company dental plan. Everything was blissful at the Church of Realized Fantasies—until fame came calling, in the form of radio shock jock Howard Stern.”

The Devil at 37,000 Feet (January 2009), by William Langewiesche for Vanity Fair – This was insanely gripping and also educational and also devastating. It’s about a plane crash that happened in Brazil in, I think, 2008.

Big Issues: Traffic (April 2009), by Jeanne Marie Laskas for GQ – If you read “The Devil at 37,000 Feet” and then read this one, you’ll probably never want to fly again. Just saying.

Cannibals Seeking Same (March 2011), by Josh Kurp for The Awl – Not gonna lie, I read way too many articles about that gay porn guy in Montreal last week, mostly about how he established a fake reputation on the internet. But also there were really gross parts and this article was also super-gross, but maybe even grosser, and honestly the whole thing seems like an episode of Criminal Minds that’d inspire me to say “this would never happen in real life.” Because WHAT IS WRONG WITH PEOPLE. I don’t know. So many cannibals these days. What’s wrong with me? I read this terrible gross thing. You probably shouldn’t read it. I think back to a mere week ago, when I had no idea people were actually into cannibalism, like that it was a real thing that happened in real life. I was so young and innocent then.