I’ve been holding off on writing about Prime Video’s Wheel of Time adaptation for several reasons. Firstly, I wanted to see if openly gay showrunner Rafe Judkins would make plain the queerness that Robert Jordan only hinted at in his sprawling fantasy series. Secondly, once that happened, I couldn’t figure out how to talk about The Wheel of Time; it’s seventeen books, total, really, and half of the books are explaining the books to the characters in the books! And that’s the same in the TV series. The world-building is so dense it requires endless exposition, even though it’s also basically Middle Earth. Finally, I didn’t know how much to say because I wasn’t sure how far into the book series the first season of the TV adaptation would go.

After last week’s episode, though, I just can’t stay buttoned up on it anymore! I’ll try to keep it brief and simple, and to spoil as little as possible — but some very mild spoilers are going to be necessary below. 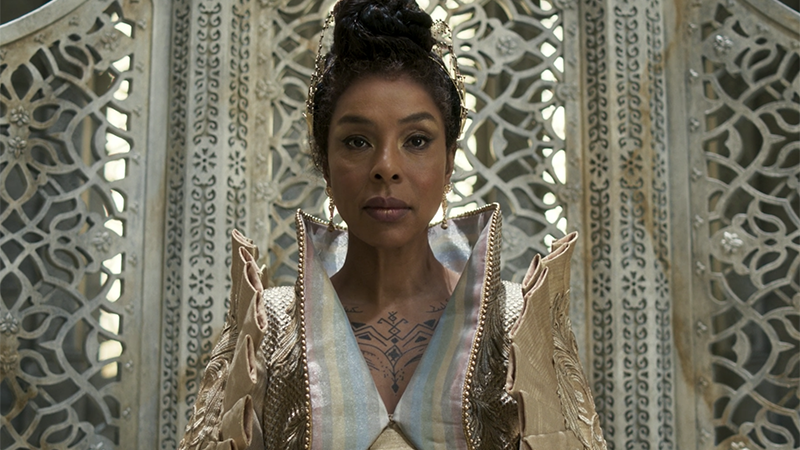 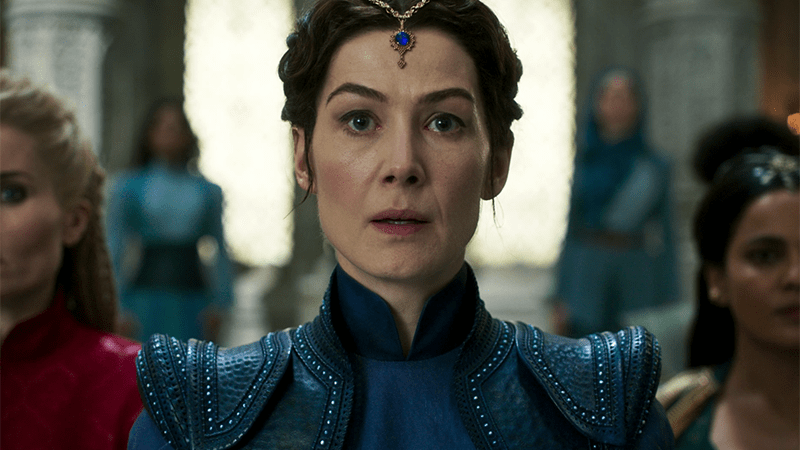 SHUT UP I KNOW

The Wheel of Time is a high fantasy series that Robert Jordan started writing in the 80s, started publishing in the 90s, and wrote until his death in 2007. It tells the story of the literal Wheel which is rotated by the One Power. A very elite group of women, known as the Aes Sedai, can channel the One Power. The head of the Aes Sedai is known as the Amyrlin Seat. At the start of the series, an Aes Sedai named Moiraine Damodred lands in a backwoods little place called Two Rivers, convinced the Dragon — the Chosen One of the entire series — is one of the villagers who lives there. The Amyrlin Seat during Moiraine’s adventures is named Siuan Sanche. And these two, they know each other. Like know each other.

Jordan’s Wheel of Time prequel novel, New Spring, tells the story of Moiraine and Siuan arriving at the White Tower together, to be trained, decades before Moiraine sets out looking for the Dragon and Siuan rises to the top of Aes Sedai. They shared everything, including a bed, and so Jordan called them “heart-friends” or “pillow friends.” In a 2005 blog post, Jordan spelled it out: “Pillow friends are not just good friends. Oh, they are that, too, but they also get hot and sweaty together and muss up the sheets something fierce.” Or, as Moiraine herself said in New Spring: “They were going to be sharing that bed, and Moiraine knew exactly which ticklish spots could reduce her to helpless laughter and pleading.”

(Isn’t it truly amazing all these million fan boys fought and are still fighting about whether or not that makes them just good sisterly buddies???) 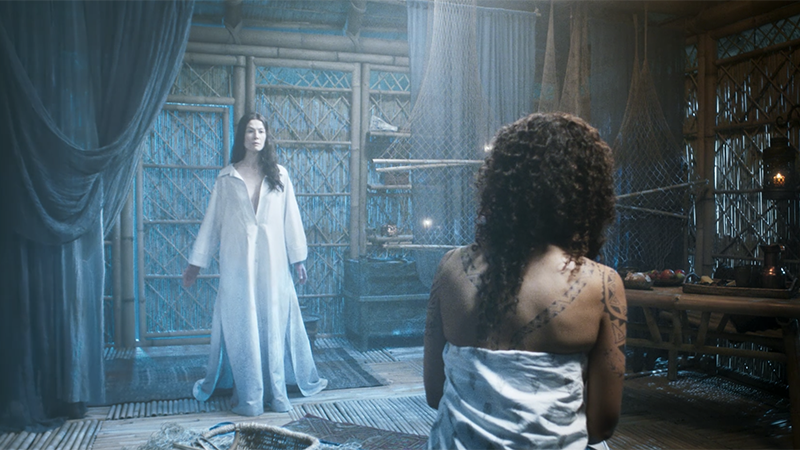 All shall love me and despair! 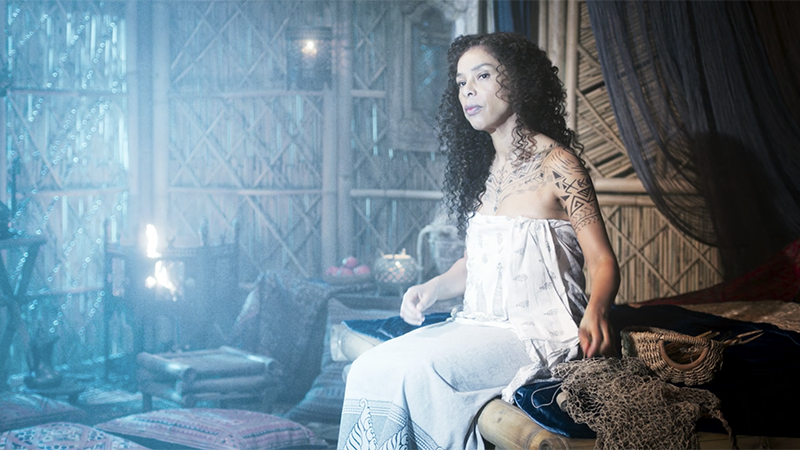 There’s not too much more than that in the books, really, but Judkins did his community proud. The first five episodes of The Wheel of Time only give us Rosamund Pike as Moiraine (lol “only”), but in episode six, “The Flame of Tar Valon,” we finally get to meet the Amyrlin Seat, played by Sophie Okonedo, and it is VERY CLEAR these two not only share their pillow pal past, but are still very much in love and in lust with each other. They’ve been sneaking off together these many years, and even though they’re both committed to training the Dragon and preventing the end of the world, the both mostly just want to be done with their duty so they can move off to some little cabin in the woods and lesbian away the rest of their lives together.

But first: You know, the apocalypse and all that. 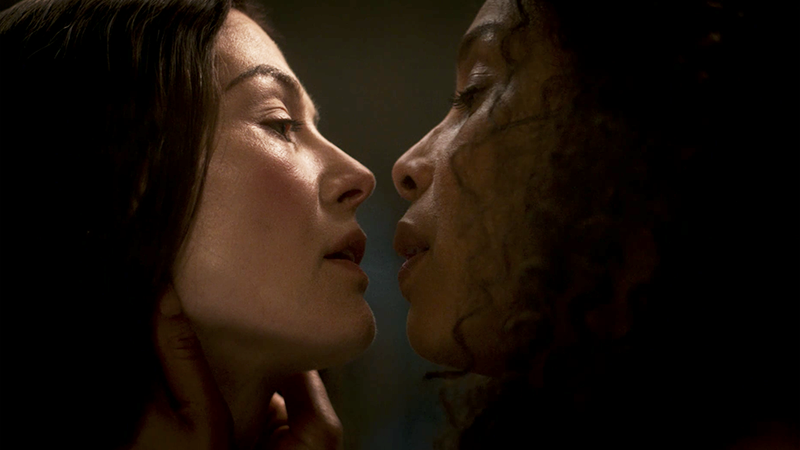 “On your knees.” – actual dialogue

A deep dive of The Wheel of Time and Moiraine’s relationship with Siuan is far outside of the scope of what I have the time to write. Fans have been chewing on and arguing about it for 20 years. But it’s the kind of high fantasy epic romance we hardly ever see on TV, or even in books really. (Except Priory of the Orange Tree. If you love Wheel of Time you HAVE TO read Priory of the Orange Tree.) It’s sexy and fraught and I hope it gets even more gay as the series goes on. Rafe Judkins won me over before the show even started. When attacked by homophobes, he said on Twitter, “I’ve dealt with them before and there’s truly only one way to respond — turn their favorite characters gay. Cause I can.”