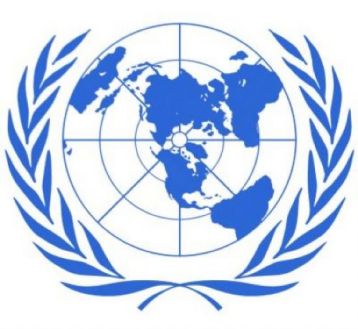 In a vote earlier this week, the Third Committee of the United Nations General Assembly voted to remove a reference to sexual orientation discrimination from a resolution that protects against arbitrary executions.

The vote was sponsored by Benin and was adopted with 79 votes in favour, 70 against, and 17 abstentions (26 were also absent).

Categorizations that continue to be protected in the resolution include those in national, ethnic, religious, or linguistic minorities; human rights defenders (including journalists, activists, and lawyers); homeless children; and members of indigenous communities.

According to Cary Alan Johnson, the executive director for The International Gay and Lesbian Human Rights Commission (IGLHRC):

“This vote is a dangerous and disturbing development. It essentially removes the important recognition of the particular vulnerability faced by lesbian, gay, bisexual and transgender people — a recognition that is crucial at a time when 76 countries around the world criminalize homosexuality, five consider it a capital crime, and countries like Uganda are considering adding the death penalty to their laws criminalizing homosexuality.”

In other words: this makes no sense. It also contradicts other recent positive developments within the U.N., such as a joint statement human rights, sexual orientation and gender identity which calls for an end to “human rights violations based on sexual orientation and gender identity … in particular the use of the death penalty on this ground [and] extrajudicial, summary or arbitrary executions.” That statement was signed by 68 countries.

View the countries who supported the resolution (and who, in other words, supported discrimination based on sexual orientation) here.

Two Brazilian soldiers have been arrested in connection with a shooting at Rio de Janeiro’s pride parade on November 14th.  One of the suspects has acknowledged shooting the victim, 19-year-old Douglas Igor Marqués Luiz, who is gay.

According to the Washington Post, Luiz told police he had been on a beach with friends on Sunday when three men in uniforms told everyone to leave, held him behind with them, and verbally harassed him, eventually culminating in his getting shot.

“We’ve gotten very far, but we need more political will to really improve conditions for the LGBT community in Brazil,” said Julio Moreira, president of the advocacy organization Grupo Arco-Iris de Cidadania LGBT, in an interview with the Washington Post. While Rio has a reputation for being gay friendly, there have been 600 reports of anti-gay violence within the last year. Luiz has been released from the hospital and has been aiding the investigation.

Predictably, Australia’s biggest cities had the lowest homophobe score. 13.6% of Brisbane’s respondents said homosexuality was immoral, 10.7% of Melbourne’s, and down to 9.0% in Sydney – making it the nation’s gay-friendliest centre.

Also in Australia a ton of people will be marching on November 20 in the Equal Love Rally, which is set to raise awareness about queer issues and “same-sex relationship equality” just in time for the Victorian state election.

Gay couples are getting married in airplanes because they can’t get married on the ground because the U.S. and other countries don’t actually want money in their economy.