Welcome to the 29th “This Business of Art / Media / Web Fix,” in which I share with you things I read that I loved relating to the work I do here — online media, business, entrepreneurship, women in tech, start-ups, journalism, publishing, management, queer visibility, and so forth. You can expect this sucker to drop every-other Wednesday. 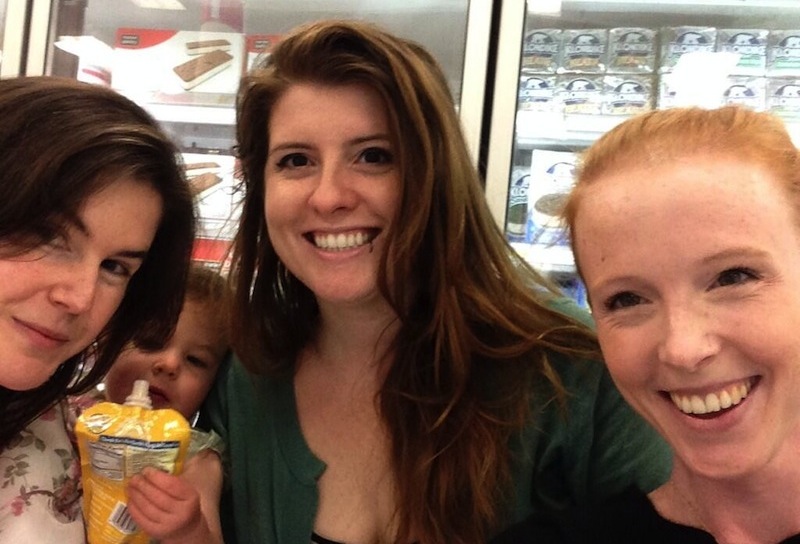 The Internet wept collectively two weeks ago to learn that The Toast, the beloved independent women’s site headed by the ridiculously funny and talented team of Mallory Ortberg and Nicole Cliffe, will be shuttering on July 1st. For three years, they’ve been serving up the finest in art history related humor and building a thriving feminist queer-inclusive community of hilarious and wickedly smart readers. The Toast is the internet at its best. Also, their recent redesign was amazing.

The reasons for closing they laid out were many, but what it came down to, really, is something we struggle with here every damn day: being good at this takes a lot of time, a lot of people, and a lot of money. And it’s exhausting. The Toast was one of the last for-profit independent websites for women still surviving, and they’ve been very transparent about how Nicole Cliffe’s husband is a huge part of the reason why.

So much of The Toast’s farewell post rang true for me, especially this part, from Nicole:

I had to step back and look at how my responsibilities at The Toast had gradually drifted from writing and editing over to day-to-day administrative WORK and watching the money, and calling accountants and dealing with lawyers, etc. And to realize that I didn’t trust anyone to take over that chunk of my duties, nor could I pay someone to do it even if I DID trust them to do so responsibly, unless I started privately bankrolling the site on a regular basis, which Ayn Rand made clear is a mug’s game.

This month, thanks to the insistence of my dear friend Kristin Russo who basically forced me into a conversation with her accountant via email, I’m gonna be turning some of our accounting over to an actual accountant! Previously, I’d done it all myself. Like The Toast, we’ve been invited to join the Medium network, but we just can’t imagine migrating this very unique and specific community onto that platform. I can’t even bring myself to respond to e-mails from Medium! (By that I mean I have no time.) We want to do this here or we don’t want to do it at all. And we’ve fully accepted that there are elements of the online media game, which is now totally dominated by venture-capital funded megasites like Buzzfeed and Fusion, that we simply cannot play at. The economics of independent media are dismal. The Toast knows this too:

we looked at our different options – running a lot more ads/generating a ton more content that’s pegged to The Cycle of News, trying to sell (which, in order to do, we’d probably have to go back and do that first thing), hiring replacements who were willing to take on our pretty intense workloads (which, you still don’t take a salary! Where were we going to find that extra salary?), and none of them seemed very good. Most of them would have necessitated turning The Toast into something we didn’t like, or continuing to work ourselves into the ground forever. Which we found unappealing!

We dropped out of the breaking news game and hot takes cycle in favor of link roundups and occassional deep-dives into stories that are particularly important to us, and doing so has cost us, traffic-wise. But we’re also really lucky that we already had a reader support system set up, so that these traffic losses didn’t equate revenue losses. We’re simply not capable of generating a lot more content that’s pegged to The Cycle of News in order to get more ad dollars. But there are days and weeks and even months when we can’t be at our best, and that is entirely related to the size of our full-time staff and what we are paid. After seven years of this, we’re finally in a place where one of us can take time off without the site falling down, but we still work ourselves into the ground, especially when that is coupled with having to live on very strict budgets. I wrote and published at least one post a day, six days a week, for three years, before totally burning out.

I think the major takeaway from what Mallory and Nicole wrote today is this: writing and editing and running a business is an enormous job that takes a lot of people to accomplish properly, and financially secure employees are much more productive than financially insecure ones. At some point, one must ask “am I giving away my best work for free?” And y’all, Mallory Ortberg IS FUNNY EVERY FUCKING DAY. This girl is a genius. It’s obscene. She literally stuns me every. damn. day. MALLORY ORTBERG IS A NATIONAL TREASURE.

I look forward to reading whatever her and Nicole write next, wherever they write it. Also remember the time we watched Lost & Delirious with them? That was cool.

What old company owns your new media: https://t.co/O2lSGbLIda by @ShiraOvide and me pic.twitter.com/nnHiQSTfJV

+ Reportedly there have been major layoffs at Vice Media and they’re axing 15 jobs in New York and Los Angeles as well as the entire UK editorial team and their only two foreign correspondents. The company claims it is restructuring, and that “today’s cuts fit into a larger expansion plan that will ultimately see the company adding jobs and bolstering its daily video, documentary and text offerings.” Nearly 20 employees have joined the company of late, new hires are slated to join in the coming weeks, and VICE is planning to announce new editorial and production bureaus in Hong Kong and San Francisco later this year. This Poynter article is worth a read for the context and analysis, too, w/r/t the evolution of venture-backed big media companies.

+ Also retooling towards interactive storytelling and video is Buzzfeed: “In the same way that BuzzFeed started out focused on lighter content like listicles and then moved into narrative and investigative journalism, the company is taking steps to insert more news into its video operations. ”

+ The real problem with Facebook’s algorithim isn’t liberal bias: “We use these algorithms to explore questions that have no right answer to begin with, so we don’t even have a straightforward way to calibrate or correct them.”

+ Introducing The New York Times OF THE FUTURE.

+ Also uh, The New York Times is laying off a bunch of people.

+ The Tow Center looks at those Facebook staffers’ career paths.

+ This guy is mad that The New York Times still runs intrusive ads even though he’s a paid subscriber. I’m not sure why he doesn’t just install an ad-blocker, but okay.

+ Poytner looks at Pulitzer history and asks where are all the women writing longform? (also: here)

+ Dozens of staffers were let go from The Telegraph.

This Business of Demographics

+ The Techies Project photographs and interviews tech workers who are not wealthy white cis males.

+ Millennials actually work ALL THE TIME, so.

+ The worst possible response to a negative review on Glassdoor

+ This one thing gives women the edge in crowdfunding

+ How to make lifestyle adjustments without wanting to die

+ How to prepare for a last-minute interview in 30 minutes

+ “Doing your least favorite tasks first and front-loading the ‘pain’ can make you happier in the long run.”