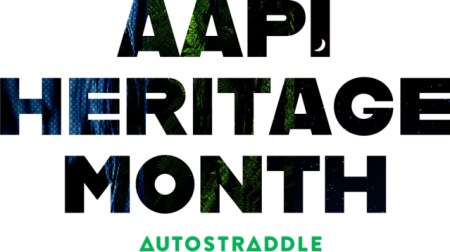 Welcome to Autostraddle’s AAPI Heritage Month Series, about taking up space as our queer and Asian/Pacific Islander selves.

I’m struggling. More so than usual. What over a year of grieving through a pandemic has given me: the courage to let go of the stories I told myself as coping mechanisms.

I am not okay. Most of my life, I thought I would be okay if I got pretty enough, successful enough, had enough friends. If I looked like I had myself put together, maybe it’d be real somehow. But I’m not okay. I am scared. And many days, I think happiness is impossible.

The average person, at rest, breathes 12 to 16 times a minute.

A few weeks ago, a Vietnamese man in Indiana offered two men a ride home. He was then killed and dismembered in his own car.

“Did you hear what happened to Shane Nguyễn, Ba?” I ask my dad. “Don’t talk to anybody. Don’t let anyone near your car. Don’t go outside alone.” He’s the type to be generous to strangers. There are many people who want to see my father dead more than anything else. I tell him I’ll be ordering self-defense keychains for the family.

Babies cry when they’re born in order to expand their lungs and eliminate fluid blocking their airways. They cry to breathe. “Your baby will cry as long as he needs to in order to start breathing normally,” pediatrician Ana Machado told Romper.

I cry at least once a day, sometimes wailing. I think of the moment I was born, how I must not have cared at all how loud I screamed. I needed to breathe. I needed everyone to know I was here. At times, I wash my face before bed and the sight of my face, so exposed like I’m seeing myself for the first time, brings me to tears.

It’s been six months since I decided to download a dating app. After being in a relationship for two years, I forgot how bleak romance is for trans women. I am distorted, bent into different shapes by the whims and fantasies of men. Some men find trans women repulsive. Some just want to know if I have a dick. Some want to experiment to see if they’d like what they see. I am a sex toy expected to have endless customizations. And all I want is someone to hold me. All I want is to know what someone out there will hold me. I admit to myself, wholeheartedly for the first time, that I want a storybook romance.

At the moment, there are over 100 bills restricting access to public life and healthcare for trans youth in U.S. state legislatures. They don’t even want us to have healthcare, let alone experience love.

I walk home, my thumb on the trigger of the pepper spray. I stroll past a family playing music on the sidewalk, the children’s giggles making the air lighter. Then, two bikers speed along my left, the rush of air from their bodies brushing across my cheek.

I turn the dark corner, and here is my light-strewn block. My relief ends quickly when a man also turns the corner. I look back at him and he says, “Hey, baby.” My breath quickens.

I start to walk a little faster. Sarah Everard‘s name crosses my mind. In March, she was walking home from a friend’s house in London. She was last seen on a main road at 9:30pm before she was reported missing and later found dead. I pull out my phone: 9:42pm.

His voice feels close, “You’re so beautiful. Come talk to me.” He says other things I can’t make out. I pretend to be observing something to my left and try to catch how far he is from me with my peripheral vision. I’m only about 20 feet away from my building. I observe how far a bystander might be. There’s someone on the next block who’d hear me if I screamed.

“Let me get your number, beautiful,” he continues, even though I have yet to say a word in response.

I turn into the entryway of my building and sprint, scrambling to get the key fob to scan. I’m frantic now, I can hear my heavy breathing. I look back to make sure he hasn’t caught up. The door buzzes and I crack it open just enough to slip inside quickly, so it can close and lock.

It’s been shown in studies that marine mammals, like bottlenose dolphins and pilot whales, synchronize breathing to reduce tension and stress. The synchronicity increases in highly social situations where many whales are present.

In humans, strong bonds produce what scientists call “interpersonal synchronicity.” Couples sitting together would unconsciously align their breathing rates and heartbeats. Dr. Pavel Goldstein’s study with the University of Colorado, Boulder found that when one partner experiences pain, it interrupts the synchronicity. But when the couple is allowed to hold hands, physical touch reduces the pain and allows them again to fall into sync.

“Aloha is not just a greeting,” my sister explains. “It means we’re exchanging breath, or what we call hā. Our breaths are connected.”

Derek Chauvin was a rare case: police officers are rarely convicted of the murders they commit. In his last moments, George Floyd said “I can’t breathe” more than 20 times. The final words he uttered were: “They’ll kill me.”

Five years earlier, in October of 2014, another Filipina trans woman named Jennifer Laude was killed by asphyxiation at the hands of a U.S. Marine. She was found slumped lifeless over a toilet.

Three months prior, in July of 2014, Eric Garner‘s last words, too, were “I can’t breathe.” Like George Floyd, Eric Garner was a Black father. The police officer who killed him with a chokehold, Daniel Pantaleo, was not indicted.

In November of 2020, my dad caught COVID-19. Luckily, I was home for the holidays. His condition worsened quickly. He spent all day in his bed, reading and eating the little bit that he could. We delivered food to his door and he’d hobble over to retrieve it. We started placing the tray of food on a high chair when it was clear he couldn’t bend down.

I bought a pulse oximeter to measure his blood oxygen levels. “Ba, can you breathe?” I asked him every morning, afternoon, and evening.

He didn’t have the air to speak. So he started texting me. “Oxygen level up and down today,” he’d write. My childhood nebulizer, a hulking machine that felt like a hospital’s version of hookah, was placed in his room. He spent 15 minutes inhaling vaporized medicine every night before bed. I remembered all the times he was the one preparing the medication for me, when my asthma was a daily pain.

The roles were reversed.

I wrote him letters every day. It felt urgent to tell him everything I wanted him to hear: I love you. I’m proud of you. I want you to forgive yourself.