Minor spoilers below for The Retreat.

We have always been the monsters.

The history of queer women in horror began with Dracula’s Daughter in 1936. Lesbianism was framed as predatory — “Save the women of London from Dracula’s Daughter!” the tagline exclaimed. By 1942, gay screenwriter DeWitt Bodeen was already reclaiming this narrative. The coded character in Cat People was still a predator, but she was sadder and more sympathetic.

Since these early days of Hollywood, queer women have continued to be presented as terrifying predators (Alucarda, The Hunger, High Tension), reclaimed as delicious predators (Rocky Horror Picture Show, Jennifer’s Body), struggled as reluctant predators (Memento Mori, Good Manners, Thelma), or some combination as we turn on each other (Lyle, What Keeps You Alive, The Perfection).

Despite the real-life horrors queer women have always faced, our horror cinema has largely spared us the role as victim. The attempt to make us monsters allowed us to be human, to experience a range of good and evil. But that doesn’t mean there isn’t still a gap in cinema to mine our trauma for gory catharsis. After all, it’s as much a part of us as our power. Pat Mills and Alyson Richards’ new cabin in the woods thriller The Retreat attempts to fill that gap — to mixed results. 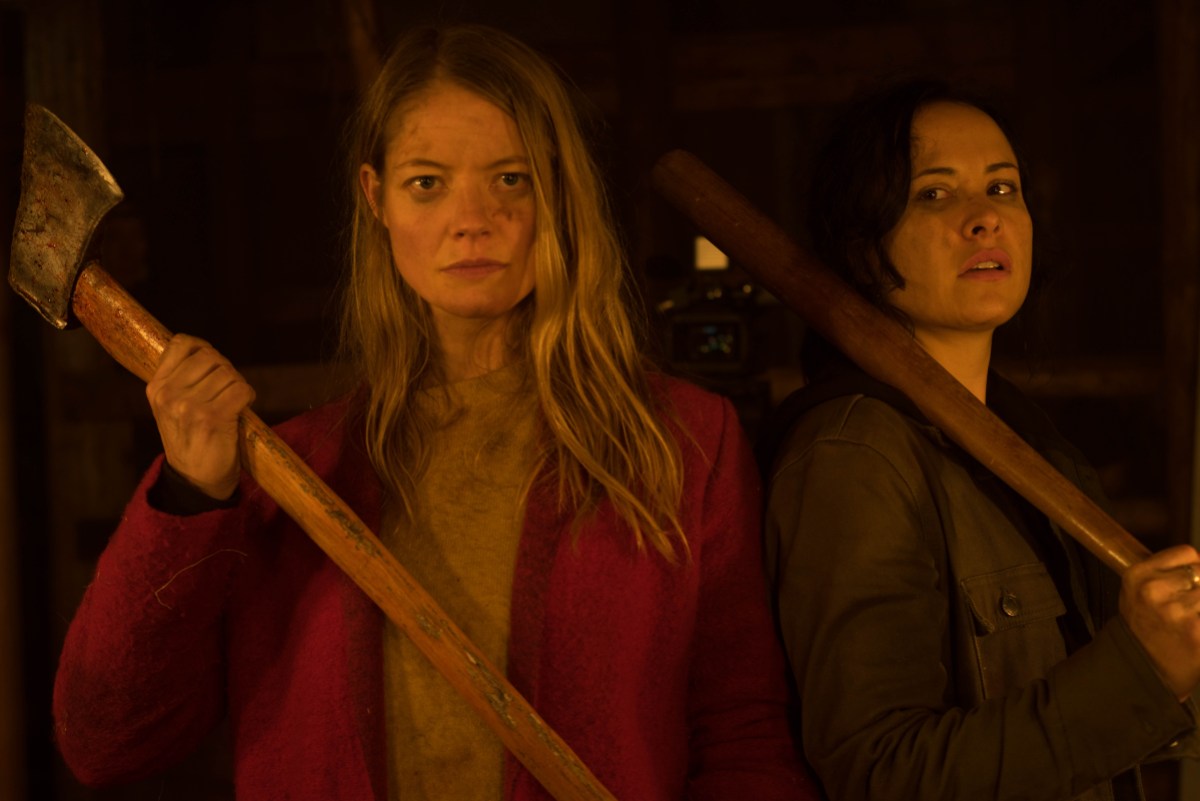 Sarah Allen as Valerie and Tommie-Amber Pirie as Renee

The Retreat begins with overhead shots of the woods. A gay couple — two men — are making their way to what they call a Gay B&B. They joke about a truck with metal testicles — “This is why I don’t leave the city.” — and how they met — “When I first saw your dick pic on Grindr I never thought it would lead us here.” — before breaking one of horror’s simple rules: Don’t follow a noise into the woods. Suddenly, one man has disappeared, and the other is soon to follow. A mysterious creature is attacking and it doesn’t seem like a bear.

We then meet our main couple, the commitment-phobic can’t-make-coffee Renee (Tommie-Amber Pirie) and the I-want-you-to-meet-my-friends-who-are-definitely-not-kidnapped Valerie (Sarah Allen). They drive along the same woodsy road, having an unsettling interaction at a convenience store, before arriving at the empty Gay B&B. Instead of being like This is weird! they decide to take a stroll through the beautiful Ontario woods and have a picnic.

Of course, things take a turn and pretty soon Valerie is in a bear trap and Renee has to use her childhood hunting knowledge to save the person who is not her girlfriend but is clearly her girlfriend.

The monsters in the film are not mythical — they’re militant homophobic serial killers targeting queer people. And the majority of the film with all its bloody torture and revenge is really well-done. It finds the perfect balance between being properly brutal and satisfyingly cathartic. The film follows some pretty standard beats but it does them well and it’s exciting to get this kind of horror movie with queers at its center. 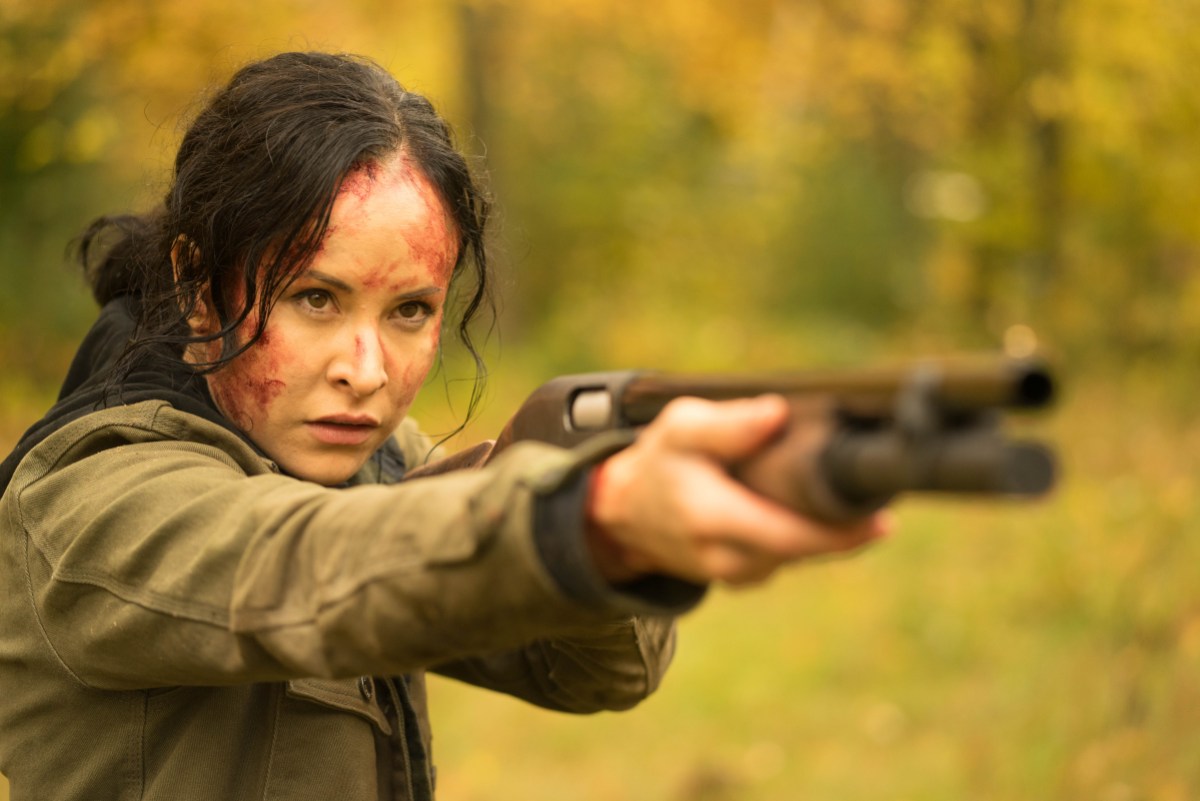 Unfortunately, the opening scenes don’t set the characters or the plot up with enough specificity to make the action fully work. A movie like this doesn’t need a lot upfront, but what is given needs to be clear. Instead the first half hour left me with a lot of questions — the wrong kind of questions. By the end, I understood that Renee’s arc was from commitment-phobe to loyal girlfriend, but the first scenes don’t establish this with clarity. Also lacking in clarity is the reason for the trip and the function of the Gay B&B. Is that just a cute nickname or is it a known haven now under attack? Who are the hosts beyond future dead bodies? Understanding the characters and setting would make the disruption hit us harder. Instead there’s a disconnect.

But that doesn’t mean the movie isn’t still entertaining. Tommie-Amber Pirie is a fully committed horror heroine and she carries the story with a dykey swagger. The twists and turns may be expected, but they’re still satisfying. And it is a lot of fun to watch a couple of out lesbians fight their way through this kind of horror movie after so many decades of coded characters. More than anything The Retreat shows that we need more movies like it. Queer women have appeared in horror for nearly a century — it’s time more of our stories are told.