It is time, Autostraddle. The election is upon us and we’re running out of time to talk about the gay agenda! Let’s jump in to a bipartisan report on all things homo happening in your ballot box. (Or at least some of the most recent stuff, anyway.)

Republicans and Democrats are both courting gay voters this year, mainly because we’re sort of picky about being treated like human beings and such. Now that Kyle Wood – an out GOP staffer who claimed he was attacked by queers for his conservative views – has retracted his story and basically admitted it was all a huge lie, we’re starting with a clean slate about the queer community’s relationship to both parties, right? Sort of.

Carl DeMaio is currently running for Mayor in San Diego, and his victory would make San Diego the second-largest city to elect a gay representative to the job. There’s one problem, though – DeMaio, an out gay man, just can’t sit with us, okay? Mainly because LGBT voters really don’t think he has their back at all. And with good reason! 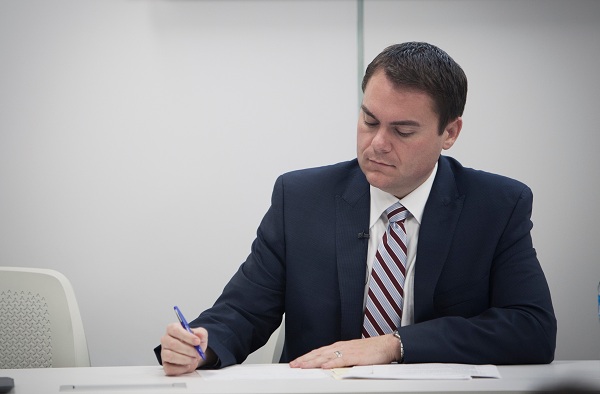 Before we dig in, let’s back up a little for context and for some emotions: Jerry Sanders, the current mayor of San Diego and another Republican serving in California’s conservative hotspot, spoke out in support of gay marriage in 2007 with a tear-stained face. Sanders’ endorsement won him the support and love from his city’s LGBT population, despite his standing on the side of the GOP – a unique, hellbent force working slowly to ensure the destruction of happy homo lives.

Yet DeMaio, a member of Sanders’ party who is openly gay, year faces vocal opposition from those LGBT voters because of a refusal to speak too strongly on issues of gay rights and the acceptance of money from former Prop 8 backers and donors, which created a huge backlash amongst queer individuals and organizations in the San Diego political landscape:

DeMaio said that it is only a small minority among gay voters, with ties to organized labor, that is so vocally opposed to him. But the Gay & Lesbian Victory Fund, which supports openly gay candidates from both parties, did not endorse DeMaio; neither did the Log Cabin Republicans, the party’s leading gay political group, which is supporting Mitt Romney for president. […] “He stood up for us, and I felt it was our duty to stand up for him,” Susan Atkins, the chairwoman of the Gay & Lesbian Victory Fund, said of Sanders, whom she supported in 2008. But she will not support DeMaio.

It wouldn’t be the first time Republicans ruined a happy gay politics party: Dallas County’s, which made the decision to grant its employees domestic partnership benefits this week, was scandalized by comments by Maurine Dickey, who, of course, opposed the measure. Dickey was called out on Twitter by various sources for calling lesbian activist C.d. Kirven “he” multiple times. Kirven, a photographer, had addressed the court on the importance of domestic partner benefits and also photographed one of the other guest speakers.

@dallasvoice Comm. Dickey just called CD Kirven a “he” over and over not wanting pictures taken of her? Comm. Price correct Dickey.

But in the midst of gay and straight Republicans alike mishandling our hearts and minds, there is one glimmer of hope. Her name is Nicole, and she’s a lesbo with big ambitions.

For Nicole LeFavour, a four-term state lawmaker from Boise, the run for Idaho’s Congressional seat is a huge leap of faith. LeFavour is an openly lesbian Democrat gunning for a seat occupied by Republican Mike Simpson, who has consistently garnered over 62 percent of the vote in the past seven elections. His rivals have previously come in with under 500,000 votes. 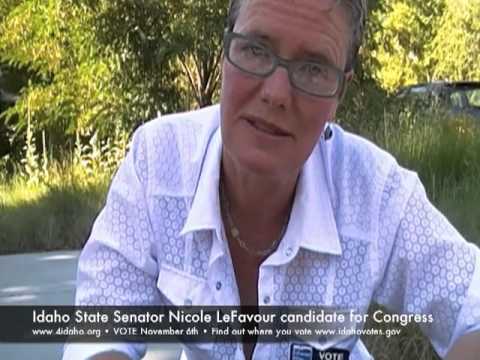 But LeFavour refuses to accept defeat: with 11 paid staffers working on reaching voters and 30 trips to eastern Idaho under her belt, she’s gone to the door of every home possible in a district where the legislature is 81 percent Republican to tell her story. She’s had two concerts with singer Carole King and supporters dropping $300,000 in her favor. She’s got offices across her state. When asked about the Democratic track record for her office, she shows no signs of fear. “How many of them were sitting state senators who had spent 20 years on the ground working with people, every day?” she said. “We’ve been talking to thousands of them. No one has ever done that in this congressional district.”

It’s not going to be an easy climb for LeFavour, or for any LGBT voters in America hoping for the best outcomes in their cities, states, and country this November. But slowly but surely, one thing is clear: up on The Hill, ooh child, things are eventually gonna get easier. 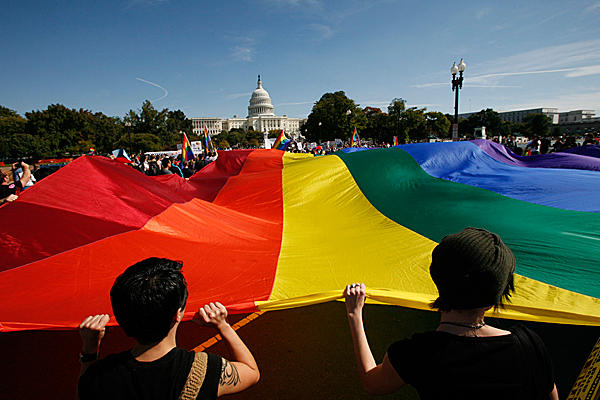