Among all the uncertainty that saw the 2020 Tokyo Olympics delayed, the shift by a year brings up an overlooked centenary: 2021 marks a hundred years since the first international multi-sport women’s athletics event. But that event pointedly wasn’t the Olympic Games, but a rival Women’s Olympiad created to protest women’s eligibility to enter the official games.

I’m not sure spoiler alerts are pertinent when it comes to discussing history, but let’s just say this wasn’t the first and won’t be the last instance of injustice in the perpetual tug o’war between purported Olympic values and the reality of systematic exclusion.

Women had been at the Olympics in minuscule numbers since the second edition of the modern games in 1900. However, the sports they were permitted to participate in were more like an afternoon’s leisure activities at the country club than sport as we know it today. So, sailing, croquet and equestrianism were in; anything that might cause a sweat to break was definitively out.

Thrashing around for a specific man to blame, instead of merely the patriarchy as a whole, it’s easy to point the finger at “father of the modern games” Pierre de Coubertin, who said women’s sports were “impractical, uninteresting, unaesthetic, and we are not afraid to add: incorrect.”

After many years of failing to persuade the fledgling International Olympic Committee that women could actually run for 100 yards without passing out, Frenchwoman Alice Milliat and a bunch of her supporters finally took matters into their own hands. The Women’s Olympiad ran from 1921, bringing together hundreds of European women to compete in track and field events, as well as basketball, gymnastics and others. In parallel, Milliat’s association put on larger Women’s World Games from 1922-1930, seeking to create a truly global rival to the Olympics. 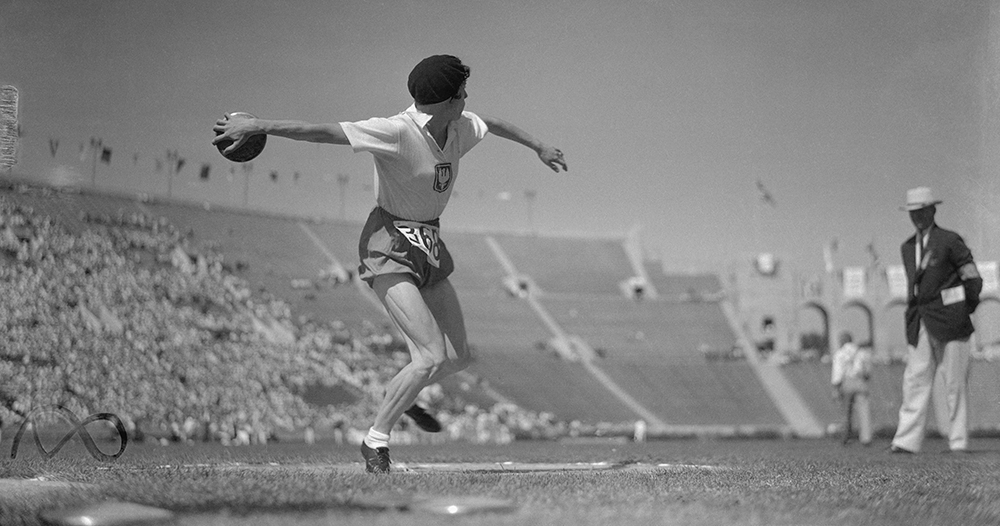 Original caption: Her leg muscles standing out like steel cables, Stella Walsh, representing Poland, tightens up to heave the discus during the event in the Los Angeles Olympic games. Stella placed sixth, with Lillian Copeland of the United States tossing the platter a distance of 133 feet 2 inches to smash the world and Olympic record of 129 feet 11.9 inches. // Photo by Getty Images

Hundreds of sporting bodies in one place means one thing: queers abounded. Some notable participants in these rival games include masculine French lesbian Violette Morris (who later collaborated with the Nazis, so let’s not dwell there), Czech trans man Zdeněk Koubek, intersex British trans man Mark Weston, and sprinter Stanisława Walasiewicz (aka Stella Walsh — more on her later). It’s fair to say from the earliest delineation of sport into “men’s” and “women’s” events that these categories never catered to the realities of their competitors.

The mainstream Olympics slowly allowed women to trickle into more events, including the cruelly sidelined arts competitions that ran from 1912-1948. These events would spur on the first-ever queer Olympic medallist, German artist Renee Sintenis, who won bronze for her sculpture Le Footballeur in Amsterdam, 1928.

The Amsterdam games finally allowed women’s events in track athletics — with strict rules about how long their shorts could be. However, after false rumours were spread about women collapsing after some of the longer running races, the events were scaled back again. Incredibly, women didn’t run longer than 200m until 1960.

Competitors in women’s events of the early 20th century were constantly straddling the line between their athleticism being outright dismissed or viewed as too masculine. Queer sports legend Babe Didrikson Zaharias, the first lesbian gold medallist in athletics events in 1932, was a trailblazer in multiple sports throughout the century, yet still derided as too manly. 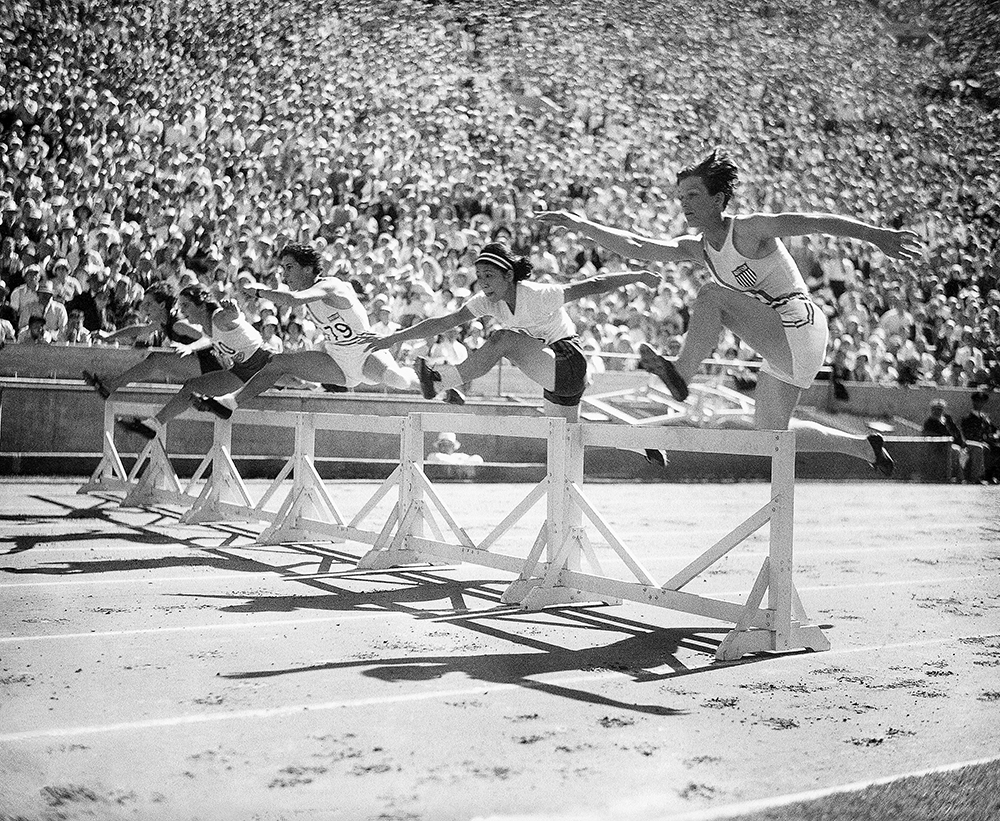 Original caption: Breaking world and Olympic records seems to be a pastime for Babe Didrikson of the U.S., who smashed another criterion when she sprinted the 80-meter hurdle in 11.7 seconds in the final of the event. The former Olympic record was 11.8 seconds, set by Ms. Didrickson during a heat, and the world record was 12.2 seconds. Photo shows Didrikson, Michi Nakanishi, Simone Schaller, and B. Taylor going over the first heat hurdles. // Photo by Getty Images

Gender panic dogged many successful athletes. After winning 100m gold in 1936, lesbian sprinter Helen Stephens of the US and Polish silver medallist and former champion Stella Walsh were accused of being “male imposters” because of their audacity in running very fast. Stephens was subjected to a physical gender check which, considering the medical standards of the time, would have been as gross and intrusive as it sounds. Cisgendered Stephens “passed” but had Walsh been subjected to the test, her life would almost certainly have been upended, as after her death in 1980 an autopsy found her to be biologically intersex. Despite living her life as a woman, you can bet that speculation over the validity of her achievements was as rife and unnecessary as similar conversations today.

So-called sex verification testing became widespread in the 1950s, morphing into chromosome testing by the 1968 Olympics in Mexico, a practice that would remain mandatory for competitors in women’s events all the way to Atlanta ‘96. Along the way, dozens athletes saw their careers and lives ruined; who knows what monumental Olympic performances we may have missed out on.

For most of the 20th century, it’s no surprise that the majority of queer athletes were extremely closeted. It’s also astonishing to remember how ridiculously young many Olympians are; even in the most progressive nations, not everyone will have their sexuality shit together in the prime of their athletic youth.

After coming out, many queer Olympians followed up their sporting careers in more prominently gay ways, including the two youngest-ever queer women competitors. At 15 years and 14 days, swimmer Marian Lay represented Canada at the 1964 Tokyo games, returning four years later to get a bronze medal in Mexico. Throughout and after her time competing, Lay campaigned relentless for women’s equity in sport, becoming a recognised sports leader in Canada. A prominent member of the Vancouver Winter Olympics bid for 2010, she helped organised the Pride House for that games.

Also 15 when she competed in the javelin at the 1952 games, Marjorie Larney followed up her Olympic career with a career in activism, specialising in youth LGBT rights. Practically ancient when she swam for Australia aged 16 in Melbourne in 1956, Susan McGreivy went on to become a lesbian activist and civil rights attorney for the ACLU. 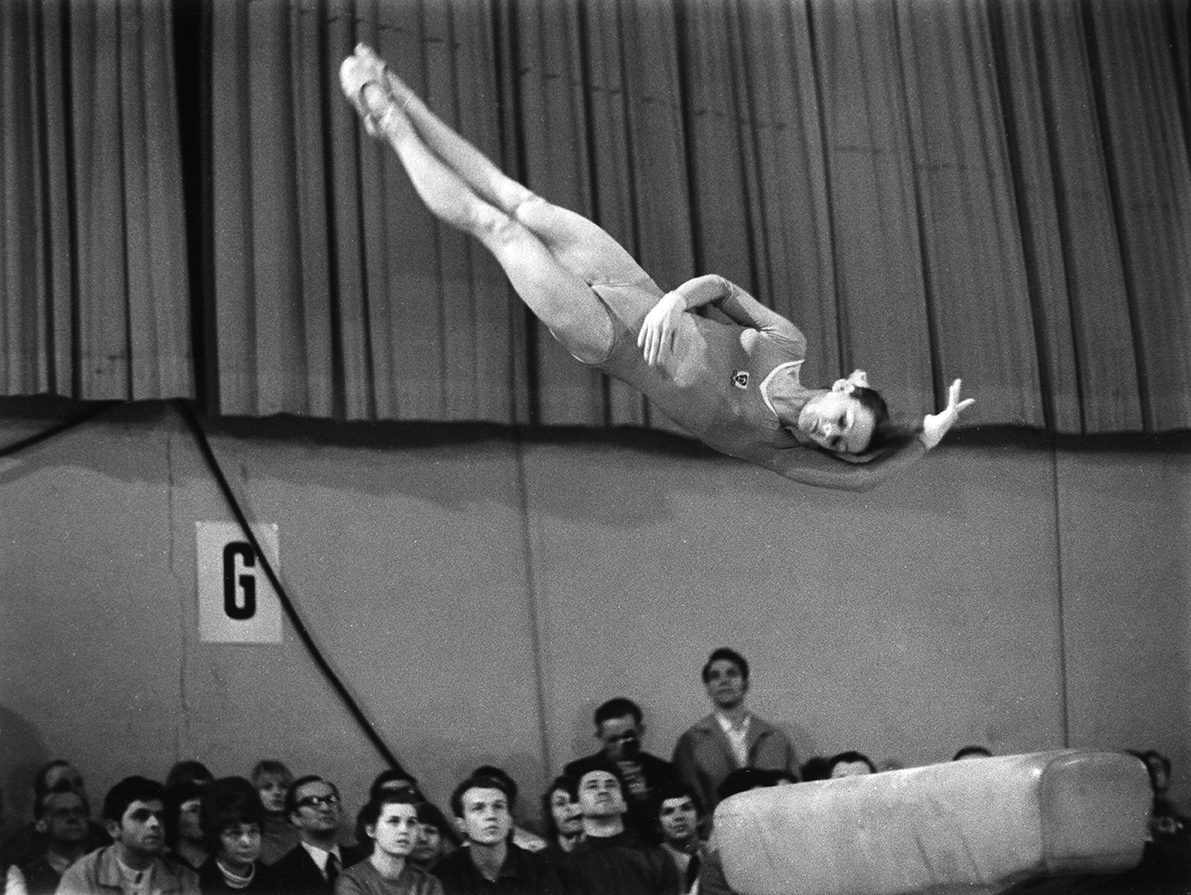 The youngest-ever queer medallist was German gymnast Karin Büttner-Janz, who did not go on to become an activist, but I will forgive her because instead she became an orthopedic doctor that invented an artificial spinal disk!

My very favourite athlete-turned activist has to be Gail Marquis. The first Black queer Olympian and medallist with the USA women’s basketball team of 1976, Gail married her longtime partner Audrey Smaltz in New York in 2011, then worked with the Freedom to Marry campaign to extend the right to marry across all US states.

Perhaps the most famous LGBT Olympian of all, Caitlin Jenner, was obviously not out when she won gold in Montreal ‘76. Although she’s brought unprecedented visibility to trans women since coming out in 2015, her comments earlier this year about rights for trans women in sport show she’s not paving the way for LGBT athletes in the same way as her forbears.

As I recently pointed out with stunning science, the amount of LGBT athletes has been growing exponentially in recent years. And yet, a queer woman didn’t compete openly at the Olympics until Swedish swimmer Helena Aberg in Seoul in 1988. So, what exactly has been in the vitamin water in the past couple of decades to see this incredibly uptick?

Putting aside the massive progressive strides in terms of LGBT equality in many countries over the past few decades, I have a theory that it’s not just sportspeople getting gayer, it’s that the Olympics is choosing the gayest sports.

Starting with basketball and handball in 1976, women’s events in many popular and extremely gay team sports began to get added to the programme. Field hockey followed in 1980 and 1988 saw women’s tennis feature as a full medal sport which, although not a team sport, has seen a long roster of lesbian legends compete at the Olympics, from Martina to Martinez to Mauresmo to…Sam Stosur (yes, I ran out of lesbian tennis players starting with M). Finally, the acknowledged behemoth of female and non-binary queerness that is soccer (aka football) debuted in 1996.

In terms of the Winter Olympics, the proportion of out athletes has been roughly similar to the summer editions, although ice hockey stands alone as the big team sport – bringing with it concordant gayness (it breaks my heart that curling is not outwardly gayer). Fortunately, a number of newer individual sports such as snowboarding have consistently repped well for queerness, and you can always rely on the Dutch speed-skating team (including the most decorated queer Olympian, Ireen Wüst) to single-handedly out-gay any other sport out there.

In truth, women didn’t have access to the full roster of Olympic events until London in 2012 when boxing was added. It was, of course, a lesbian who won the very first boxing gold — Great Britain’s Nicola Adams.

With each new sport added, we should expect to see no compromises in terms of what women can and can’t compete in, with accordingly gay results. For example, BMX Freestyle made its debut this year, with USA’s women’s team coming in 100% queer, as well as featuring Team USA’s first ever out trans competitor, Chelsea Wolfe.

The Return of Gender Panic

Before we get carried away in the giddy excitement of a queer present and future, let’s not ignore the resurgent scourge of gender testing. After the standout performances of Caster Semenya at the London and Rio games, and buoyed by a wave of transphobia, the arbitrary rules for competing in women’s events have swung away from chromosomes towards testosterone. Trying to chase the ever-changing rules has embroiled athletes such as Semenya and Dutee Chand in needless legal wrangling, ruining, if not ending lives of others. 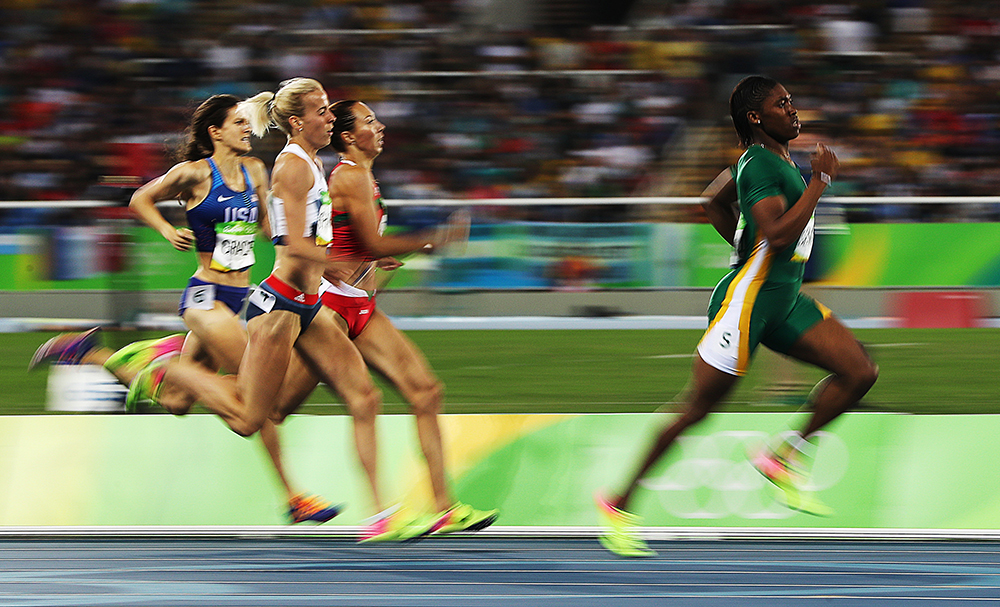 I find this a decidedly 21st century take on this spurious “problem,” with the pretence of focus on science and a warped sense of fairness. Many have pointed out the fact that all the athletes barred from competing in Tokyo are Black and competing in the small list of events the IOC have decided to subject to heightened scrutiny. Which just happen to be the ones that Semenya is great at.

Laurel Hubbard, who we celebrate for making history as the first out trans woman to compete at an Olympics in Tokyo, acknowledged the support of her home Olympic Committee in New Zealand, in the face of needless yet sadly expected criticism. As it happened, she didn’t make it far in the competition. Had she made it to the podium, would weightlifting be the next to get special attention?

The history of queer women in a hundred years or more of sporting competition is littered with stunning achievement, but the ongoing controversies just show how much farther we have to go.