I don’t know about you, but it rained almost the entire first week of August where I live. Over half of July was sunny and in the 90s, and then out of nowhere — KABLAM! — days after days of downpour. That turned out not to be such a bad thing; I spent a summer afternoon cuddled on the couch, eating vegan chocolate ice cream and watching The Incredible Jessica James on Netflix. And let me tell you, this movie is surprisingly sweet, bright, and optimistic in all the right places.

In a lot of ways, The Incredible Jessica James is a standard paint-by-numbers romantic comedy, the kind that people well-versed in the genre have seen a thousand times before. But underneath its breeziness are engaging questions about the power of friendship, the subtleties of feminism, and the strength it takes to go after your goals.

I am getting ahead of myself. Before I tell you any more about the movie we absolutely must talk about its magnetic star: Jessica Williams. 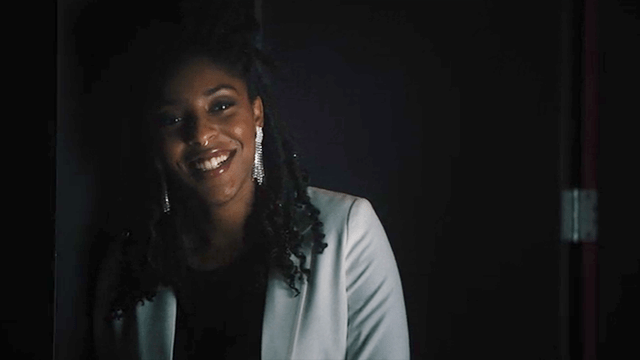 I became a Jessica Williams faithful in 2015, when an internet petition for her to take over The Daily Show — after three years of working as a contributing correspondent to the program — went viral and took over my Twitter timeline. She’s best known for her brand of satirical comedy that focuses on socio-economic injustice, racism, sexism, and homophobia. Williams also launched the popular podcast 2 Dope Queens with Phoebe Robinson. They use comedy and social justice to frame pop culture critiques and ruminate on daily life. I hate to make the obvious pun on its name but the podcast is…. Super… Dope. It’s worth checking out. At only 27 years old, Williams is already doin’ the damn thing.

In the movie, Jessica Williams plays the titular Jessica James, who spends the opening credits dancing around her Bushwick, Brooklyn apartment like it’s a ’90s sitcom. She’s a mid-20something theater geek and aspiring playwright who pays the bills by working at a non-profit that teaches drama to public school kids. I’d describe her more, but it’s probably better to let her introduce herself. In one of the first scenes of the movie, Jessica point blank tells a date: “Look at me: I’m tall, I’m pretty, I’m smart. I’m a cocoa queen. Obviously, I will have many loves in my life”. Really, is there any more to say? 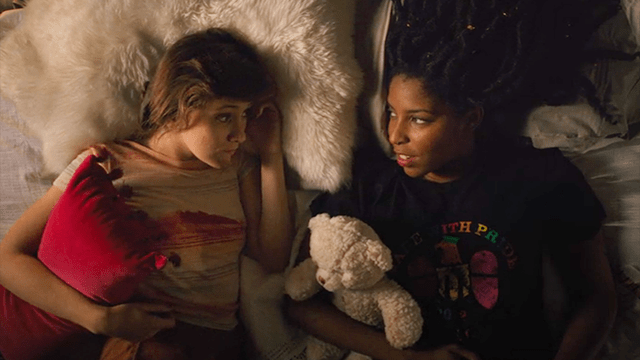 Her BFF Tasha (Nöel Wells, Master of None) is Capital G Gay. Tasha is the kind of queer woman who refers to straight sex as “hetero-ing” with a face of confusion that one might have if they ever saw the Loch Ness Monster ahead in the distance, fascinated and mildly distressed. We’re going to talk more about Jessica and Tasha’s relationship in a minute; their friendship is the engine that keeps the whole movie running.

In the hands of a less charming actress, Jessica James could easily be intolerable. She’s more than a bit self-centered, and sometimes her blunt tone — while hysterical to watch from the audience — can make her appear like an ass. She once told a Tinder date, “I would literally rather have my period nonstop for a thousand years” than continue spending time with him. And that was her being nice. Lucky for us, Williams is perfectly cast so instead of being appalled by Jessica, you will find yourself rooting for her as we follow along on her New York adventures.

Jessica’s ex-boyfriend, Damon (Keith Stanfield, Atlanta and Get Out) continues to haunt her. She can’t stop daydreaming about having melodramatic fights with him, before he dies in a fit of cartoon violence (my favorite involves a piano falling from the sky). To help out her friend, Tasha sets Jessica up with Boone (Chris O’Dowd, Bridesmaids), a recent divorcé who is also feeling insecure about the dating game. Jessica and Boone bond as friends with benefits and form a pretty fun Breakup Support Group together before slowly turning into a satisfying enough romantic relationship. Most reviews of the Incredible Jessica Jones will tell you that the movie is about Boone and Jessica. And they are WRONG. The heartbeat of this movie is two-fold: Jessica’s relationship with Tasha, and Jessica’s job mentoring school children. 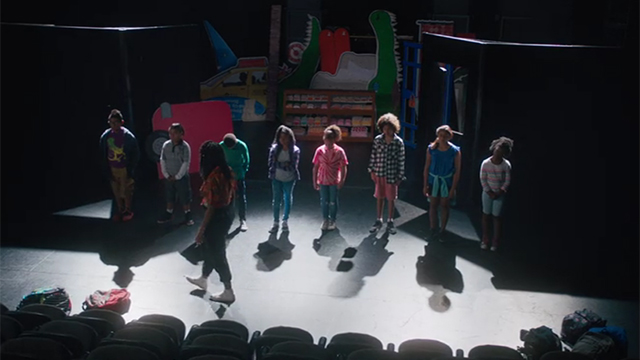 As a playwright, Jessica hasn’t really found her footing yet. She tapes the rejection letters of her scripts to her kitchen wall, and let’s just say, there’s not a lot of space left. She loves theatre more than anything else in the world, but she’s terrified that it doesn’t love her back. Still, she doesn’t give up. It’s out of this love that she teaches theatre to young students. And, damn I love watching her work with those kids.

It’s in their black box stage that Jessica is most in her element. As someone who spent her entire youth as a theatre geek in rooms like this, I can also attest these scenes are so incredibly authentic. I recognize the safe space she’s creating and I know what salvation theatre can provide, especially for those of us who were “different” in our childhood. Those of us who were chubby, or brown, or wore glasses and had gaps in our front teeth. Theatre can change lives, and I know it because it most certainly changed mine. And it changed hers. And now she wants to help change it for them. Jessica takes a particular interest in her star pupil, Shandra (wonderfully played by Taliyah Whitaker, best known as young Suzanne from Orange is the New Black). It’s these students that stay with you long after the movie is over.

This is a romantic comedy, but let’s be real: Sometimes the best love stories are platonic. And this is definitely one of those times. Tasha and Jessica spend their nights out at Metropolitan, a gay club in Williamsburg that I personally spent FAR too much of my 20s in. They have sleepovers together in a bed full of pillows and a more than a few stuffed animals. They discuss the pros and cons of luxury vibrators. They’re nonchalant about their sexuality, confident in their bodies, and their chemistry together is an absolute joy on screen. I adore them. 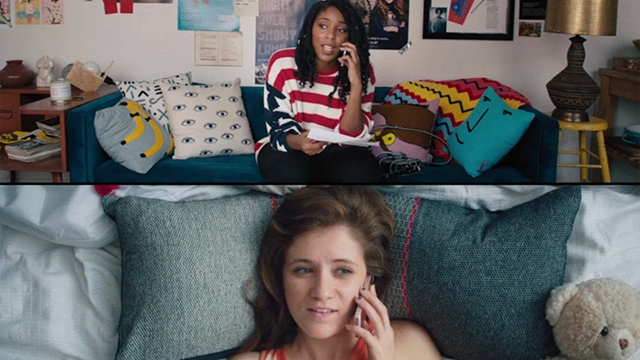 More than anything, they are sweet, gentle, and respectful with each other. Jessica and Tasha deserve a spot right next to Abbi and Ilana of Broad City when it comes to the great friendship love stories of our time, with one notable difference. Whereas Abbi and Ilana’s heart tends to lay underneath their acerbic wit, Jessica and Tasha’s warmth is the first thing you notice about them. Their wit comes through that warmth. In its third act, the movie’s only true declaration of love comes from Jessica when she bursts into the coffee shop where Tasha works as a barista.

Jessica has finally received her first acceptance letter; she’s been invited to the Donmar Warehouse Theatre in London. Tasha is so happy that she literally jumps over the bar counter, screaming, and leaps directly into her best friend’s arms. The smile on her face is broad and bright, it could shoot straight to Jupiter. Jessica tells Tasha that she now realizes the truth. When she left Ohio for New York she wasn’t only running away from her family, she was also running toward her family. A family that she didn’t know yet, one that she got to build and choose for herself. She looks Tasha straight in the eyes and doesn’t blink, “I love you. You were the first person I wanted to tell as soon as I found out the news.”

The movie’s climactic scene plays out one might expect from a romantic comedy. It’s the graduation ceremony of Jessica’s youth theatre program, and both of the film’s central male love interests are present to vie for her attention. There’s a small, yet delightful feminist twist in its final moments that I loathe to spoil for you here. I will say that it made me laugh out loud, stand up from my couch, and cheer.

Jessica once asked her students, “This is your one and only life. What do you want to tell people about it?” Movies and television shows about the transitions of young adulthood can be a dime a dozen. The overarching theme of most of them is that shit’s hard, you know? We fall on our face A LOT. But, with unconditional friendship, a commitment to what we are most passionate about, and a willingness to mentor those who are coming up next— I think we might just make it through.

Jessica James was released July 28th on Netflix, which means you can find it right now. And I really think you should. Pull out a pint of ice cream, fluff your pillows, and get ready to dig in.