If I were to explain the gay marriage situation in the UK by comparison to US states, I would say we’re like Illinois: second-parent adoption is legal and the laws governing discrimination are pretty good, but we’re still working on the gay marriage front. Gay marriages conducted abroad are recognised as civil unions within the UK, but that’s as far as it’s gone… and then Prime Minister David Cameron actually did something I approve of, and announced his support for gay marriage in October 2011, with the planned legislature coming into effect in 2015. So, PARTY TIME! Right?

You’d think so, wouldn’t you? But you’d be wrong. 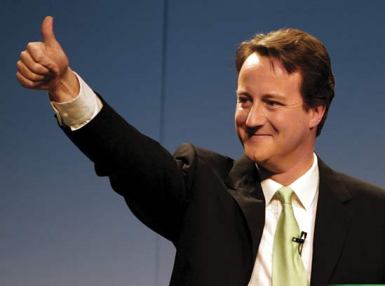 The structure of the UK political system actually means that it’s very easy for Prime Ministers to pass whatever legislation they want. A prerequisite of becoming the PM is having a majority of the 650 seats in the House of Commons, as determined by the general election. Cameron’s Conservative party won 305 seats in the 2010 election, and thus had to form a coalition with the 57 Liberal Democrats (who are a bit like liberal Democrats, but not) in order to create a majority. Thanks to well-enforced party discipline, members of Parliament will almost always vote with their parties or else fear the wrath of the party Whips— who sadly don’t use actual whips.

The Lib Dems are the only party who unequivocally support the measures, and it’s probably their leader, deputy PM Nick Clegg, who has caused Cameron to announce the plans. Unfortunately, some MPs decided that they were morally opposed to gay marriage. Not just some. A sizable number. And they had the Church on their side. And therefore, Cameron decided that there could be a free vote on the issue, allowing politicians to vote with their conscience without fearing being reprimanded by the party. As most of the opposing Labour party also support gay marriage, in theory this shouldn’t be a problem. In reality though, the dissenters are making a lot of noise.

Peter Bone, Conservative MP for Wellingborough, called the proposed marriage law “completely nuts” and insisted that marriage is between a man and a woman. Though Bone himself seems like a total bonehead, a lot of other Tory MPs share his view. According to Coalition for Equal Marriage, 62 MPs have confirmed their plan to vote against the actions, with 50 of them coming from the Conservative party. More worryingly, 326 MPs — just over 50% of the House of Commons — are yet to announce their intentions.

There has been a public consultation on the proposed plans, but the responses gathered from 100,000 people have been overwhelmingly negative. This can mainly be attributed to the Church of England. Because, my dear friends, the UK has an official state religion, i.e. the Anglican Church. The top 26 Bishops in England sit in the unelected House of Lords as the ‘Lords Spiritual,’ with the most important being the Archbishop of Canterbury, Dr. Rowan Williams. Surprise surprise, he opposes the government’s proposed legislation:

“If it is said that a failure to legalise … same-sex marriage perpetuates stigma or marginalisation for some people, the reply must be, I believe, that issues like stigma and marginalisation have to be addressed at the level of culture rather than law.”

This argument is clearly flawed. Culturally, gay people already have all of the same rights as straight couples, but there are still pockets of discrimination: namely, we don’t have the right to call ourselves “married.” If the law categorically states that people of all sexualities are equal, then society will acquiesce. Importantly, making marriage equal means that asking someone about their relationship status will not automatically reveal their sexual orientation: everyone with that official commitment will be married. Furthermore, if a trans* person transitions after marrying their beau, they will still be legally married rather than having their relationship transmuted into a civil partnership. Not that the Church cares about that. You can turn this post into a drinking game: take a shot every time I mention “the Church.” You can start apologising to your liver now. 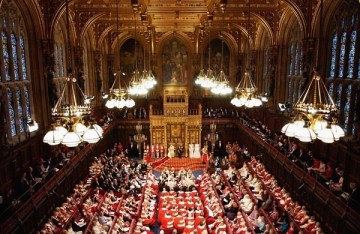 These guys are not having it

Due to the integration of church and state, the Church of England genuinely do have a political presence; unlike the Evangelical support of Republicans in the U.S. though, this is institutionalised. The Church’s main fear seems to be that churches would be forced to conduct same-sex marriages in church. It is a legal right of UK citizens to get married in an Anglican church, even if they aren’t believers. If gay couples can get married, they might want to get married in church and this would be terrible and cause the zombie apocalypse! As you might expect, the Church in Wales also holds this position which is disappointing.

Therefore, the game of political ping-pong begins. If political ping-pong was an Olympic sport, we might actually stand a chance of a medal. The government’s proposals are for “civil marriage:” there is no compulsion for Anglican churches to conduct ceremonies. Actually, they might not be allowed to at all, even though some Christian denominations — like the Quakers — would be totally down with it.

The Anglicans have countered this by claiming that if a same-sex couple sued for discrimination over not being allowed to get married in church, the European Court of Human Rights could theoretically order the government to change the law. See, the UK is about 200 years behind America in that we don’t have a written constitution or Bill of Rights. There is no golden standard by which other legislation can be judged; the ECHR is the best we have, and many Euro-sceptic Conservatives hate it on principle for taking sovereignty away from Britain. Despite what the ECHR says though, the British government wouldn’t force churches to allow gay people to marry there. Churches already have the right to refuse to marry previously divorced people, and no successful legal challenges have been made to this.

But alas, all this concession isn’t enough for the Church, who are threatening something pretty radical. Senior bishops say that if the Government push ahead with these plans, it will culminate in the Anglican Church losing their special position within the UK, and may even herald disestablishment. A disagreement over gay marriage could see the Church and the State divorcing. To quote Cole Morton of The Daily Telegraph, who seems to sum it up pretty well:

“The Church of England is unique in seeing gay marriage as a threat to its existence. It was built to care for every soul in every parish, with priests who automatically become agents of the state. They have a legal duty to marry anyone in the parish who wants it and is eligible. Now, for the first time in 500 years, there could be a difference between the Church definition of marriage and the way it is defined in English law. The Church leadership believes this will undermine its unique position, rights and privileges as the established church– deeply ironic considering it was only created so that [King] Henry VIII could defy the Pope and remarry.“

Ultimately, looking at the numbers, it seems hopeful that gay marriage legislation will be passed. Deputy PM Clegg is determined, calling it a matter of “when not if”, and MP Andrew Mitchell claims that gay marriage has a majority in every age group save for the over-65s. Cameron will not back down from the one sensible decision he’s made while in power: if that results in the separation of Church and State, I will be among the first in line to raise a glass and say “about f*cking time”. And then make out with my girlfriend, knowing that if we wanted, we could be wife and wife some day.

Sawyer has written 6 articles for us.