Previously on The Fosters, Stef and Lena had a glorious night at home alone, and they took full advantage of it by getting drunk and having sex. Brandon endeared himself to me by acting like your grandpa at a party. Mariana literally saved a girl’s life. Jesus got a scholarship offer to some kind of Testosterone Academy. And Callie decided to go live with Robert to keep the people she loves from getting in trouble because of how she accidentally went kidnapping on Christmas Eve. 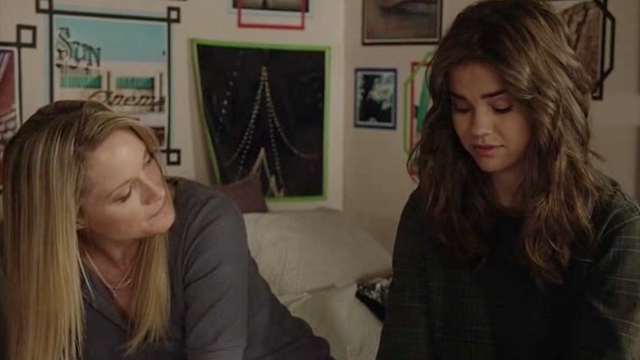 I’m just saying, if Robert wants to collect things, he could start with action figures and not lookalike human children.

Stef and Lena don’t understand why Callie suddenly wants to go live with Robert. They’re pretty sure someone else is forcing her to make this decision. It’s so sudden, for one thing. And she’s a martyr, for another. And anyway, Callie would never, ever leave Jude, so something dubious is going on here. Did Robert threaten her? Did he bribe her? Callie says it’s the legal fees, and they say they’ll find the money. Callie says it’s an unwinnable battle, and they say they promise to never stop fighting. But she’s tired, you know? Like how many times can one person get adopted and un-adopted and re-adopted and un-re-adopted in the six in-show months that have passed since The Fosters started? It’s hard on a heart.

Jude and Callie walk to school on the beach and Callie monologues for a good ten minutes about how they’re both getting their happy endings, just not the ones they expected, and they’ll still see each other and love each other and hang out whenever they can. Jude’s bright little heart is so very sad. He tries to lighten the mood by saying, “Make Robert buy you a car and then you can pick me up for school every morning!” She laughs and shoves him, and he laughs and shoves her back — and then he’s like, “No, but for real.” 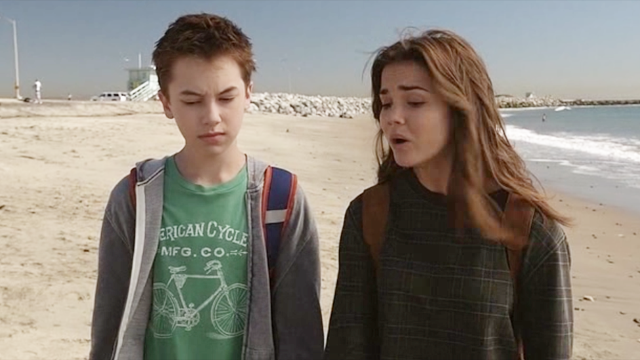 And you’ll be getting your letter to Hogwarts soon anyway.

It’s not enough that Stef and Lena are having to let go of their daughter; Jesus makes the morning even more difficult by getting pissy about Testosterone Academy and how it’s not fair that Brandon gets to do everything and he doesn’t get to do anything! And also, Lena singlehandedly slashed the athletics budget to keep her school from closing, which was just such a selfish move! They’re like, “Dude, pull up your shirt and look at that tattoo you got on your torso from just some guy on the street, and that’ll give you a hint about where we’re coming from w/r/t you being unsupervised ever.” Also, Lena is perfect so watch your mouth, Jesus!

Mariana is recruiting for her and Tia’s new dance team. She hands out flyers to everyone except for an extra that got kicked off the old team for getting drunk. (I do not remember that episode.) Mariana doesn’t give her a flyer because she wants her on the team, but Mariana wants her to think she doesn’t want her on the team, so she’ll join the team. It’s very confusing inside the brains of teenagers. Tia thinks so too when Mariana explains the Mean Girls plan. The old dance squad mocks Mariana’s dystopian robot theme, proving that she was correct to leave them behind.

At lunch, Brandon slides up to Callie to ask how come she was so quiet at breakfast. Brandon takes his water bottle out of his lunch sack. And then three seconds later the bell rings, and he puts his water bottle back in his lunch sack. It is the shortest, most un-filling lunch in history. Which suits Callie just find because all Brandon wants to do is talk about kidnapping kidnapping kidnapping, and man, enough already! This puts Brandon in such a mood that when Mike calls to try to make plans with him, Brandon snaps that he’ll be free on the 22nd of NEVER. 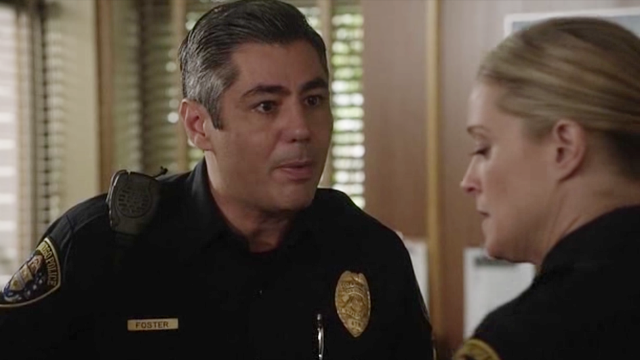 I think it was Ben, not Leslie, who was president in the Parks and Rec series finale SO THERE. 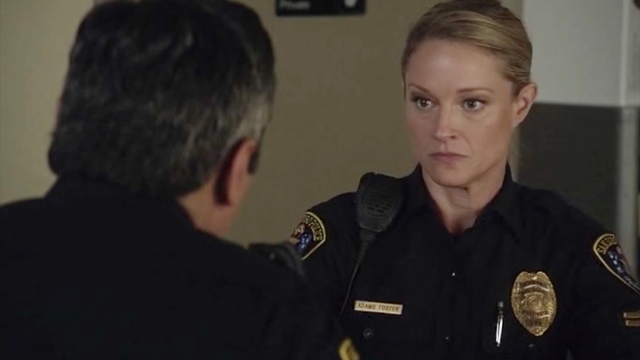 Mike: Well, our son hates me.
Stef: Yeah.
Mike: Whatever. I’m getting a new one anyway.
Stef: About that. A) It’s not your baby. And B) Ana asked Lena and I to adopt it.
Mike: WHY DO LESBIANS GET EVERYTHING?
Stef: Deal with it.

Mike rushes home and yells at Ana about how Stef and Lena always get what they want and he never gets anything he wants. She’s like, “Okay, just right out of the gate, let me say that having a child makes it harder, not easier, to stay sober. Which you already know; come on, use your brain. And let me also reiterate the point I have made to you sixty eleven times now: This baby is not your baby. I’m sorry your son doesn’t want to hang out with you, but my baby isn’t your do-over. Also, honestly, stop having some weird competition with Stef and Lena. It’s a one-sided game, dude. They’re not even playing.”

Timothy’s doing a class about the similarities between The Hunger Games and Shirley Jackson’s The Lottery. That’s a good lesson. I like that. If this was Pretty Little Liars, it would mean someone is getting stoned in the school parking lot by episode’s end, but it’s not and so it only signifies the death of Timothy’s career. See, because Lena and the new principal show up at the end of class and tell him to incorporate some more critical thinking/non-fiction-type lessons into his curriculum if the school is going to get the grants it needs to remain functional. Lena tells him at least one hundred times that she doesn’t want him to teach rote memorization and test-taking skills but all he does is scream and scream that he’s not going to teach rote memorization and test-taking skills. One thing he definitely should not teach is a class on listening since he apparently does not know how to do that. 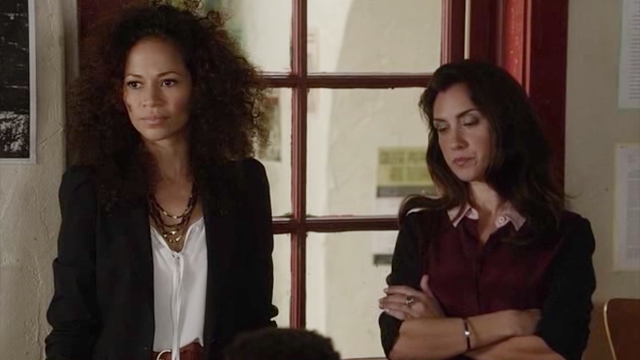 Uh-oh, somebody’s in lesbians with Mariana. 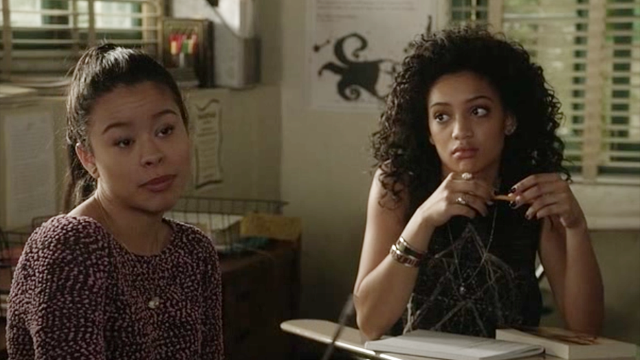 She hasn’t even said anything about that mixtape I left in her locker.

Daphne: So the police came to see me about our little Christmas kidnapping rendezvous.
Callie: Oh my god, can you talk about our felony any louder?
Daphne: I didn’t tell them anything.
Callie: Good, don’t. Robert’s lawyers are going to deal with everything.
Daphne: Robert’s lawyers are going to deal with everything … for the white people involved.
Callie: No, for everyone. I’m giving him what he wants and going to live with him, so he’s giving me what I want and keeping everyone I love out of jail.
Daphne: What about Jude?
Callie: I don’t want to talk about it.
Daphne: Siiiiiigh. I wonder what it’d be like to have Brandon’s life for one day. To get arrested and experience no repercussions whatsoever.
Callie: I can’t think like that or I will lose my literal mind.

Jude takes a couple of buses across the city to get to the Quinn’s fancypants neighborhood. (Jude should have a chariot pulled by a herd of pegasuses at his disposal. Agree/Disagree?) He politely sips the champagne smoothie Jill makes for him, and then turns his attention toward some hard truths. For example, Callie has decided to come and live with them. And she has decided it because she is tired of having everyone in the world make decisions for her. And she feels pretty confident a judge is going to give her birth father full custody of her, and she honestly can’t have her heart broken like that again. What Jude doesn’t say is: Callie wants to live with our moms who want what’s best for her, no matter how it makes them feel; not a mom and a dad whose main concern is how they feel no matter what’s best for her. Jill’s sweet about the whole thing, offers him another champagne smoothie, but she’s a little too happy about winning Callie for Jude to enjoy it. 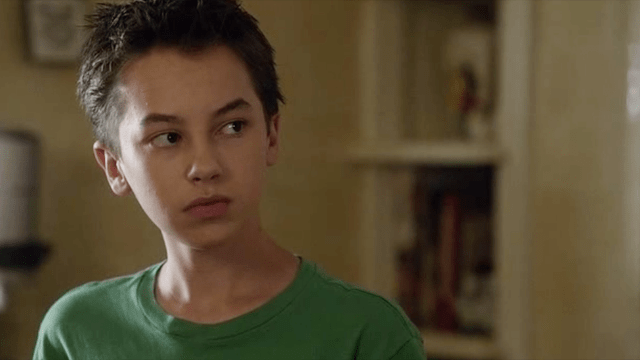 Thanks for the tuna sandwich. 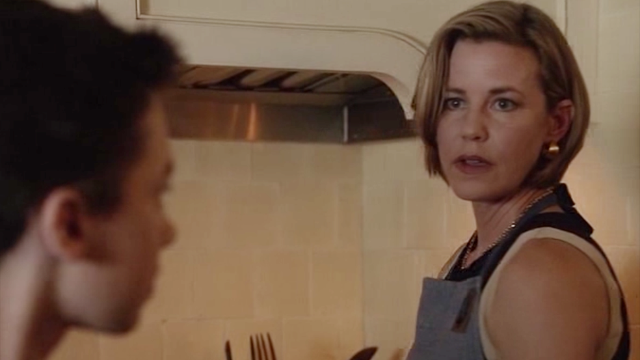 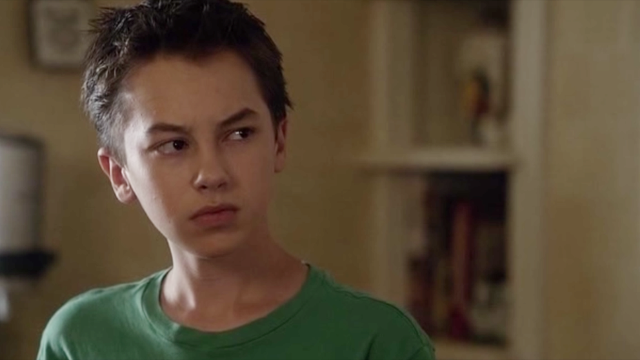 When Robert gets home, he drives Jude to Steak ‘n Shake to hang out with his sister, and also to make sure that he was telling the truth about Callie coming to live with him. She says she is, and she’s obviously heartbroken about it. Jude, too, is heartbroken about it. Daphne can see both of those things because she has eyeballs. Robert can see neither of those things because he doesn’t want to see them.