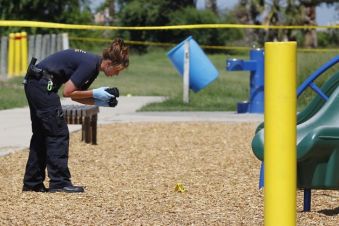 18-year-old Mary Kristene Chapa is conscious. It’s been over a week since Chapa was shot in a Portland, Texas park, along with her girlfriend, 19-year-old Mollie Olgin, who did not survive the attack. On Friday, Chapa’s brother Hilario told MSNBC that they hadn’t told Kristene about Mollie yet: “She’s in such a fragile state right now.”

Kristene still had no feeling on the left side of her body, for starters, and when her family came to identify her they couldn’t do so from looking at her face, they had to check her feet and hands.

“I believe she knows what’s happened, but she hasn’t chosen to talk (about) it on her own,” Hilario Chapa said. “I’m under the impression that she doesn’t know [who did it].”

Today, it’s reported that “a friend” told ABC News that Kristene remembers the night of the shooting, but everyone remains “unclear [about] whether she’s been interviewed by police.”

The police have released a basic idea of who the killer was: a white guy, dark hair, in his 20’s, weighing 140 pounds and standing 5 foot 8 inches tall. Slight.

“Information from family and friends indicates that Mollie and Mary were engaged in a same-sex relationship. However, there is no current evidence to indicate the attacks were motivated by that relationship…It appears as if … this was not just a random attack, but that’s something that we really have to develop over time.”

Hilario didn’t know his sister was gay until the whole world did, but his Mom and sister already knew and were okay with it. “I know that Texas has a lot of stereotypes,” he told MSNBC. “But South Texas really is a good place. You don’t see a lot of hate crimes going on down here. You don’t hear about gay bashing or anything like that.” 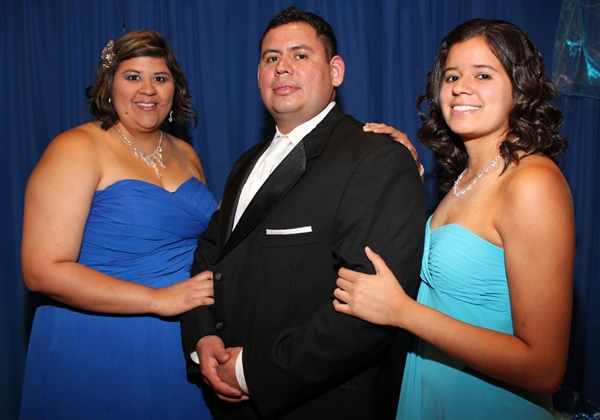 He’s wrong, of course (For example, in 2009 in South Texas (San Antonio), Cody Carmichael shot 24-year-old gay male Troy Martinez Clattenburg execution-style for allegedly making a pass at him and, in a separate incident, Enrique Santos killed 50-year-old Jorge Sgetelmeg for that same reason. Also in 2009, James Lee Whitehead, who went by “Niki Hunter” in the drag world, was jumped and beaten by three armed assailants and was killed when a SAPD officer misfired and hit him instead of the assailant), but in any event, Hillario went on to say, “Our family is very supportive. We will take Kristina for who she is and what she wanted to be, and we will support her in that.”

This echoes assurances from friends who say the girls’ sexual orientation was “a readily accepted thing” and not a big deal. A 19-year-old lifelong friend of Kristene’s who’d recently met Molly told MSNBC: “We focused on their personalities and how they got along with everybody else … their kindheartedness and their ability to just make other people smile and make each other smile. We didn’t care … what they were, it’s who they were.”

Hillario doesn’t feel that the shooting was motivated by hate: “A lot of people want to speculate it was a hate crime. I just can’t comprehend by somebody would shoot two 18 or 19 year old girls over a hate crime. The brutality of it, you know, it’s just imaginable.”

He talked about how his sister played softball and was an “All-American kid” — a good student, well-liked. A friend recalls that Mollie was showing off a ring that said “Mollie Loves Mary.” The friend says: “If you were her friend or [she] barely met you, she’d give you the world and then some.” 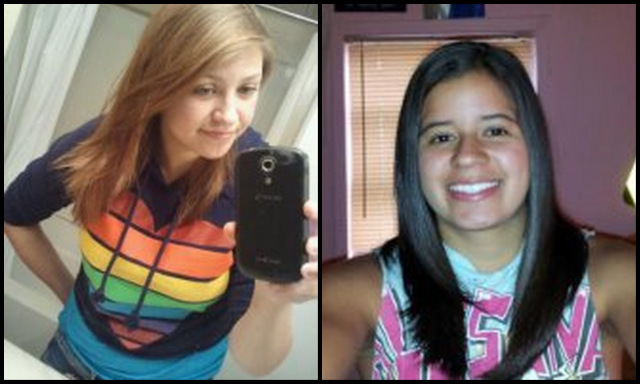 On top of all this, Kristene’s father got a job recently but because he just started, health insurance benefits for his family haven’t kicked in yet. The family is accepting donations for Kristene’s treatment. They’re not releasing the name of the hospital where Kristene is in recovery for her security. Needless to say, her medical bills will be enormous.

Vigils were held for the girls all over the country this weekend. Even in the sweltering heat of Washington DC, 100 people came out to honor Kristene and Mollie. 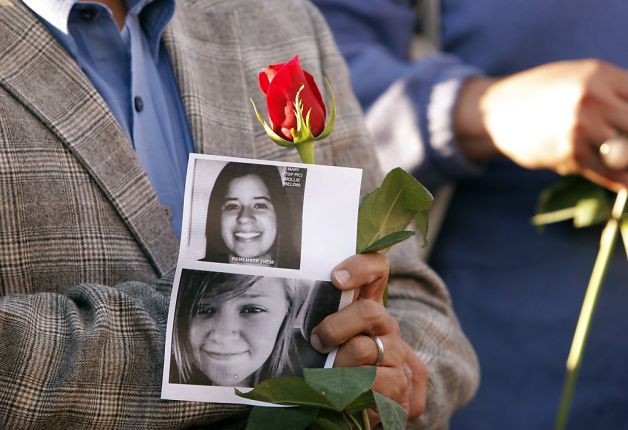 san francisco vigil in The Castro district, via sfgate.com

I imagine we’re not being told everything the police know, obviously. I feel like they have a suspect, or maybe I just watch too many crime shows. You know how it works, when they don’t release all the information to the public because they don’t want the suspect to know that they’re hot on his trail. All evidence suggests it was someone they knew (police called the attack “targeted,” it was a quiet usually crime-free neighborhood, they weren’t robbed or sexually assaulted) — could it have been an ex-boyfriend? Olgin’s father said the girls had stopped by the park on their way to a movie to “kill time” (the news anchor who chose “kill time” for that sentence and also referred to Olgin’s sexual orientation as a “sexual preference” can be found on kiiitv), which usually is code for “make out,” but who knows — it’s just that I feel like the circumstances around this crime make it so eminently solve-able and so I want to fast-forward to that part, the part where they solve it, even though it won’t change anything about what happened to these girls. I guess it’s easier to think about the part of the story that’s still up for grabs than the part of the story that is already over and is so tragically final. To want to do something, I guess.