Did y’all know I’ve seen every episode of Table Top? I. Love. Boardgames. I am not always very good at them, but what I lack in skill, I make up for in enthusiasm. And on Thursday, I got to play D&D for the first time ever. I know, I know—how did I make it through this life until this moment without doing so? It is basically making shit up and eating chips and drinking cider with fellow nerdy people. HOW HAVE I NOT ALWAYS DONE THIS? I know why: math. I am very good at telling a computer how to do math for me. I am not very good at doing math by myself in my head. As a result, I am all about mixing a little technology in with table top games—I think it increases access to some of the most fun and nerdy bonding experiences I’ve ever personally had. Actually, there are a lot of good reasons to mix up technology and gaming. Here are just a few! 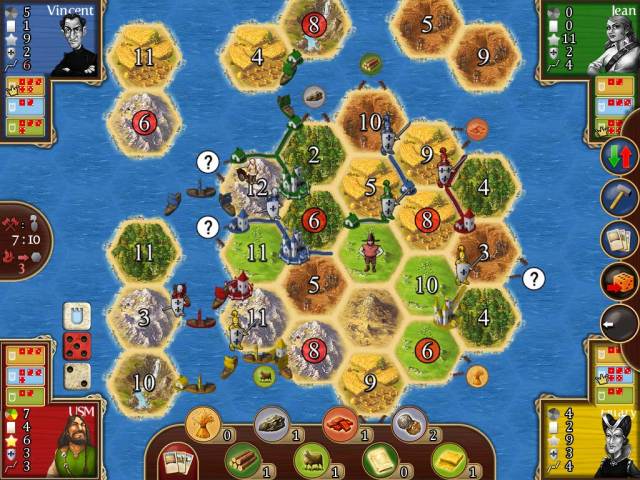 This app will let you play Settlers of Catan on your phone. I can attest to it being a perfect answer to bouts of insomnia. For those of y’all who haven’t played, Settlers of Catan is a civilization building game in which you obtain and trade resources to build roads, settlements and cities to earn points. The app either lets you play against other real people on the internet or against computer people that live inside your mobile device (each of whom has their own distinct play style). The base app costs $4.99 on iOS and $3.99 on Android, but if you make an in-app purchase of one or more of the expansion packs, you get that expansion PLUS the ability to undertake campaign mode. If you’re looking for a free way to play, you can play in your browser!

Dixit is my favorite game in the entire universe. It consists of beautifully illustrated cards, one of which an active player must describe. Other players try to match that description with cards from their hand and then everyone tries to guess which was the original card. If everyone guesses the original card, everyone but the active player gets points. If no one guesses the original card, everyone but the active player gets points. The trick is to choose a description that some people at the table will guess, and some won’t.  iDixit is a free iOS app that lets you play with others on local wifi and (theoretically) also allows for play against people across the world (I have never successfully used this feature). Originally I wasn’t going to include this app because, like the internet version of Dominion, the game is SO MUCH MORE fun when played in person and the tech is SO FAR BEHIND the game play in the real world. But I can’t not include anything that allows me to play Dixit in a bar. Because Dixit is the best. The. Best.

Board Game Arena is one of the things I joined because I was researching this and now I’m hooked (much like You Need a Budget when I was researching this post). They have an extensive library of games (including Takenoko, one of my favorites). You can play a multitude of games online with other real humans in either real-time or turn-based play. I’ve only availed myself of turn-based because I find it’s a really good way to take a quick break from work and then go right back to working. Board Game Arena is totally free with an option to monetarily support the service. Are any of y’all using it? Do you want to play Takenoko with me? They just released Lords of Xidit on there, which I haven’t played yet but after I’m done writing this I’m totally going to YouTube a review of it because it’s produced by the same folks who did Dixit which, as you now know, is my favorite game in the entire universe.

Now I’m going to be the first one to shout from the roof tops that part of the charm of table top games is just that—the fact that you play with your friends in a real room in the real world on a real table. The apps we’ve covered so far are to supplement your nerdiness, or even to play with friends when they live far away. Now let’s move to the IRL sort of gaming— 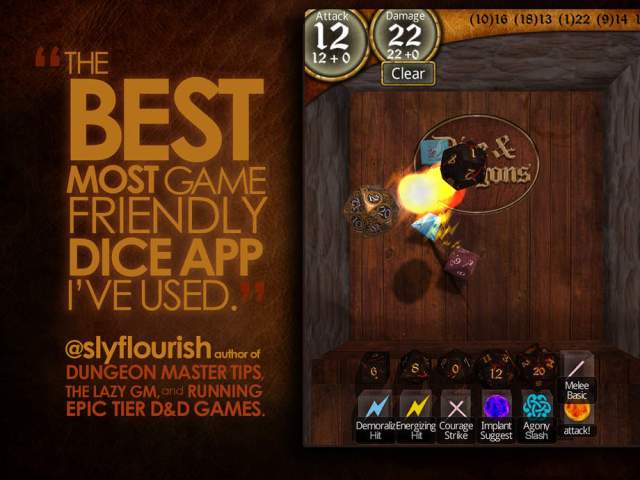 Forgot your dice? Can’t afford a set? Play Dungeons and Dragons anyhow! This free app for iOS allows you to save combo rolls (I have one in there for my character’s short bow) and use each die individually. Obvious the ideal is to have real dice you can hold in your hand, but the sound effects definitely make this app good in a pinch.

Just FYI, there are about a million different D&D apps out there. I also contemplated putting Sheet Yourself ($4.99 for iOS and $2.99 for Android) for creating and editing an unlimited number of character sheets and GM Toolkit ($4.99 for Android) in here. I couldn’t make up my mind which to include, so this is me including all of them.

If you play a ton of Scrabble and are really into the strategy of it and all (I am actually not because I’m really terrible at Scrabble which is a lot for a writer to admit), this might be your dream dictionary. Not only will you be able to call your roommate out on her bullshit (FARQED IS NOT A WORD GLADYS, IT CAN ONLY BE USED IN UNSPEAKABLE WORDS), you can also bone up on what you could’ve made with your tiles. The app costs $4.99 for iOS and Android. If that’s too rich for your blood, Merriam Webster also has Scrabble Tools for free use on their website.

Holy crap, ScoreGeek is crazy powerful. I wouldn’t call this a scoring app, per se. It’s more like a scoring suite. It allows you to choose from a whole crap ton of games with different scoring templates and different things to keep track of—anywhere from a simple scoring game (Munchkin) to something a little bit more complex (Agricola). If you’re a BoardGameGeek user, you can upload your scores directly from the app. Their app costs $3.99 for iOS and Android and $0.99 on Windows Phone. They also have a free web version you can use.

If you’re looking for simple scoring only on your mobile device (and don’t need to choose from the game library), I can also point you in the direction of Games Keeper, which is free for iOS. 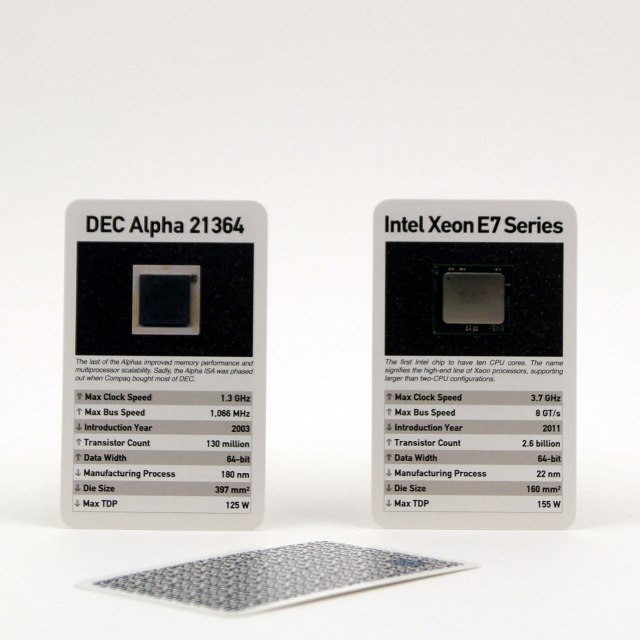 Over on Gizmodo, I found this. AND I MUST HAVE IT. No, I’ve never played it before but I don’t care. It is everything I like—computers and card games ALL ROLLED INTO ONE THING. Volume 1.0 is £8, as is Volume 2.0. But both decks can be played either separately or together, so if you get both to make one big super deck, thats £14. Before you say anything, it’s a pricing deal and not my bad math skills.

The game that hates you. The game of infectious diseases. The game of rogue CDC backstory that players invent while they’re playing. This group game lets four players play against the game instead of each other. The goal is to head off all the epidemics before they intersect with each other and become a global pandemic. There are a million ways to lose this game. I have never been part of a group that’s won at Pandemic, but I hear it’s possible. You can get it for $30 and enjoy losing to it for a lifetime (however long that is).

So what did I miss, queermos? How to you mix your table top games and technology? WILL ANYONE PLAY TAKENOKO WITH ME?

This has been the one-hundred-thirty-fourth installment of Queer Your Tech with Fun, Autostraddle’s nerdy tech column. Not everything we cover is queer per se, but we talk about customizing this awesome technology you’ve got. Having it our way, expressing our appy selves just like we do with our identities. Here we can talk about anything from app recommendations to choosing a wireless printer to websites you have to bookmark to any other fun shit we can do with technology. Header by Rory Midhani.