Feature image of Syd announcing she’s married on stage in Boston from Elspeth Macmillian on Instagram.

Syd, our favorite neo-soul soft boi/singer/DJ extraordinaire has announced that she is married! Sure she dropped “tha kid” from her name a few years back, but y’all — our baby is all grown up and hitched now! Congrats to the GOAT with the caramel baby face and silky smooth voice on finding the one.

I was actually listening to Broken Hearts Club when the screenshot came through the Autostraddle Slack channel (shout out to Autostraddle writer Lily who shared it and just said “I need to know if this is true). I’ve been a Syd fan since I first heard The Internet’s Purple Naked Ladies. A decade later, I still stan hard. Syd’s voice has been the soundtrack to so many late-night writing sessions. So like Lily, I needed to know if the news was true! 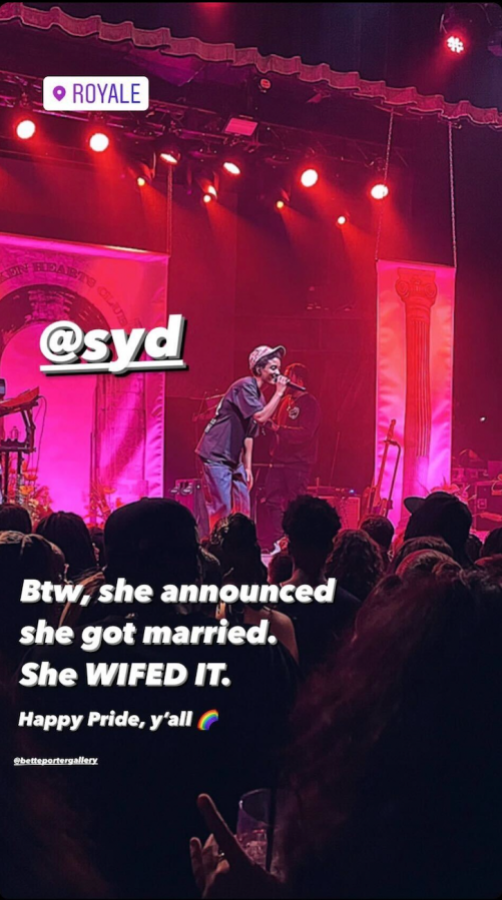 I found the screenshot on Twitter and traced it back to the original poster, Elspeth Macmillian who took the photo at Syd’s show last Thursday at Royale in Boston. The widely-circulated image features Syd on stage with a floating caption that says, “BTW she announced she got married. SHE WIFED IT! Happy Pride, y’all.” Happy Pride, indeed!

I chatted with Elspeth Macmillan via DM about Thursday night’s concert and the mood in the room when Syd dropped her nuptial news. “She announced she was married earlier in the show and the crowd went nuts,” Macmillian recounted. “Then during the ‘Right Track’ song, she brought Simone on [stage] to film the audience, but also played up the ‘WIFE THAT’ part of the lyrics. Syd fans know who Simone is — she’s been in several of Syd’s music videos and [they] have been openly dating for a couple of years now.” 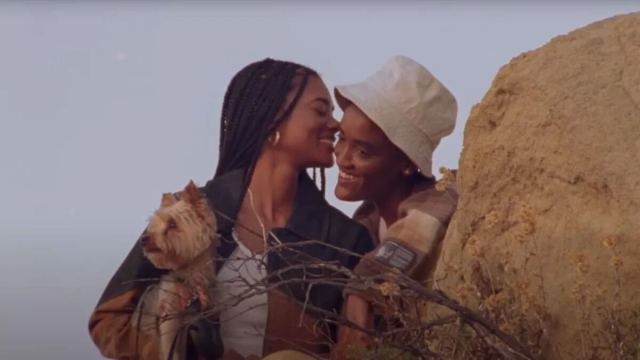 Okay so not only true but perhaps the CUTEST, QUEEREST THING EVERRR!

Not all of Syd’s admirers are ecstatic about this union though. When the news of Syd’s nuptials hit, the girls took to Twitter to express their grief and their distress about missing out on being the one in Syd’s arms. The good news is though — Syd’s newest album, Broken Hearts Club seems like the perfect soundtrack to help the girls cope with the news. Might I recommend grabbing your favorite ice cream and just putting on “Out Loud (feat. Kehlani)” or “Goodbye My Love?” Let Syd sing your blues away, babes (okay this might be counterintuitive but the album is just good).

With everything happening in the world right now, we deserve a win and this news — one of our favorites getting hitched to her beautiful and talented bae — is definitely a win.

Congrats Syd and Simone on tying the knot! Sending love from the team at Autostraddle!

Join A+!
Related:love is sometimes not a liesyd the kid

shea martin (they/them/theirs) is a brilliant, queer, gender-expansive writer raised at the intersection of gospel and go-go (shout out to the DMV). With southern roots and Black queer magic, shea writes nonfiction, fiction, and poetry that smells like your grandmama’s kitchen and sounds like a deep blues moan. Find them dreaming on Twitter.

shea has written 21 articles for us.