This is a super special double feature edition of the OUAT recaps because first I had an infection in my intestine but then it turned out to be a ruptured ovarian cyst and now they’re like gee whiz, we actually don’t know what’s going on in your uterus area. Which is actually really appropriate, given the number of times a character’s fertility was used as a positive trait in these episodes. I wish I was kidding but I’m not, because this show dares to GO THERE and by THERE I mean WHAT THE FUCK ARE ANY OF THE WRITERS SERIOUS ABOUT ANYTHING EVER? And I say that with no offense to the creators of this show, except yeah, kind of definitely offense. Because your Twitter accounts alone have been epic amounts of dismissive towards your gay fans, and when you’re in the entertainment business, that’s an unintelligent move, folks. As thanks for your continued and very conscious distancing from the gay community, I’ll be giving your show even more unwanted publicity based solely in lesbian sex puns and inferring that everyone on this show is banging in a non-straight way. You’re welcome. But let’s get back to recapping these fertility one-liners, right?

This is the Ariel episode arc. Yes, Ariel, the princess you shat yourself over when you were young. The princess you conveniently forgot was around 13 and still drawn like a 13 year old because Eric was worth it or something. Ariel gave up her agency and her voice and her physical comfort zones for a boy? Hell yeah she did. I don’t even remember if Eric had speaking lines but I remember believing very vehemently as a young child that my friends were fucking bonkers for liking Ariel so much. But then again, my favorite princess was Belle, whose Stockholm Syndrome didn’t register as an issue to me, so long story short: Disney princesses fucked with all of our childhood concepts of healthy relationships.

For those of you who were worried that Ariel’s commitment to sacrificing everything she is for some man meat would be lost in translation, simmer down rubes. All in good time.

The show opens on Snow White attempting to escape from the Queen’s minions. I’m not sure how this fits into the timeline with Charming, but it’s not like the writers know either. Continuity on this show is akin to universal healthcare, I think. Great in theory, and it’s totally worked for all those other shows, but it’s so much easier to be pigheaded and act like a nonsensical narrative can’t hurt its characters in the long run. 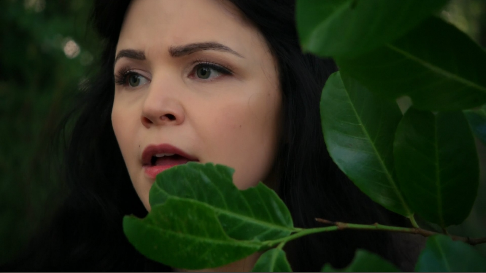 this is not the topless beach i was looking for

Surprise! Snow’s getaway plan is intercepted by a giant cliff, and instead of going with the nice young men in their clean white armor, she goes flying right off that cliff. Just when you start celebrating the inevitable drowning death of your least favorite character, a famous mermaid is there in record time to save her bland ass. And no, Ariel doesn’t have to do mouth-to-mouth to bring Snow back. That’s WAY too close to two princesses kissing and this show can only handle semi-implied physically distant maybe-confessions of gay love maybe.

Back in the only ten square feet of jungle that is Neverland, Regina and Emma are practicing magic together. My girlfriend and I also practice magic together, and like Regina and Emma, it also involves a lot of handiwork! Unfortunately for these kids, nothing kills the mood like having your parents and their medieval sense of morality as chaperones. 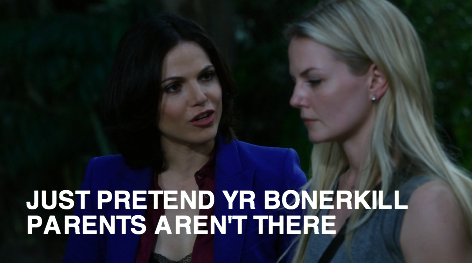 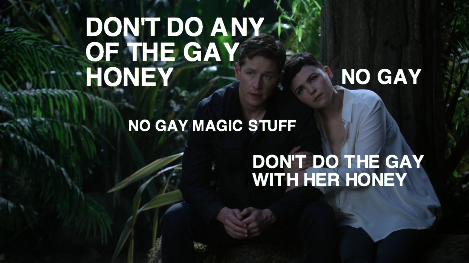 The cute part is how just when Emma is about to give up, her typical bickering with Regina is what sparks an actual fire. I wish I was making this up so we didn’t have to keep groaning at the lost potential of this relationship – they do magic together, only when they banter is their magic successful, one is dark and the other is light, they share a child via magic, etc. Not to mention the fact that magic based in your hands is the gayest thing ever. 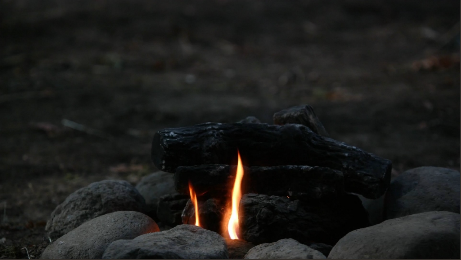 i am the literal representation of regina’s loins

Hook skulks back to camp because he can’t resist Charming’s charms and wants the opportunity to breathe sweet nothings against his neck. Also Neal is alive, which Hook doesn’t want to tell Emma because Emma is his beard, and Charming doesn’t want to tell Emma because Charming’s idea of fatherhood is buying actual chastity belts on eBay and keeping his daughter outfitted in corduroy overalls long past her adolescence. Snow, never one to miss out on the opportunity to dictate her adult child’s life choices, is sick of the sausage fest going on in the “Let’s Decide What’s Best For Adult Person Emma Without Her Input” Department.

Flashback to Snow and Ariel meeting after Ariel has dragged Snow from the water, where they wrestle her out of her soaking clothes and start clinging naked to each other for warmth. Just kidding. 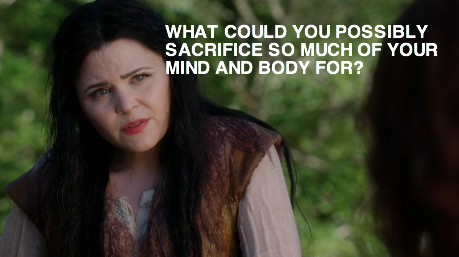 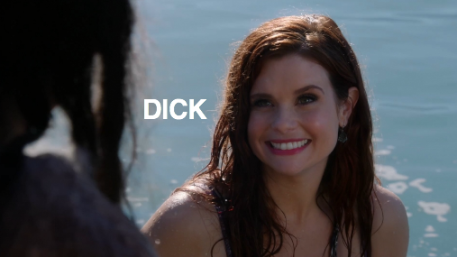 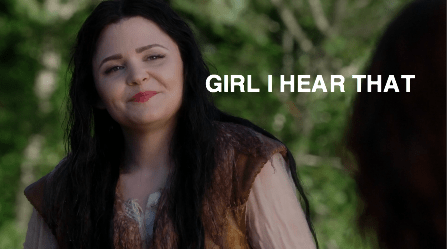 Ariel saved a prince named Eric this one time and is now 100% convinced he is her absolute truest of true loves. Since the sea goddess – now that’s an upgrade?? – Ursula allows mermaids to walk around on land for 12 hours on the day of the highest tide, Ariel’s using this opportunity to track down Eric and make him her man-flavored biscuit warmer. I hope Eric likes fish. Ha ha. Ha. Yeah, that felt awful to type out.

Snow is practically falling over herself to help somebody find their true love because that’s her main character trait – taking what could possibly be horrifically antiquated ideas of romance and chivalry and using them as weapons against rationality – and Ariel’s like, hey, wow, slow your roll. I have to keep the secret of my fish identity or he will not like me. Snow reminds Ariel that secrets secrets are no fun and secrets secrets can hurt someone, but Ariel’s pretty sure she’s never heard of a fairy tale where lying about your identity didn’t end in happy endings and true love and implied PIV sex.

Back in the present, because the incredibly and irritatingly obvious moral of today’s episode is SECRETS SECRETS ARE NO FUN, Snow makes sure to literally yell at Emma that Neal is alive on the island somewhere. I mean, why wouldn’t you want to reunite your daughter with this guy? He knocked her up and then put her in jail while he banged another chick. What parent isn’t totally dying to make that guy their son-in-law?

Somewhere else on Neverland, the island of the same sound stage from different angles, Pan has run across Rumple. Pan says his old family has forsaken him, so why doesn’t Rumple go make a new family with Belle because Belle “looks fertile”? That is a direct quote. I think my cervix actually shrunk in horror during this scene. 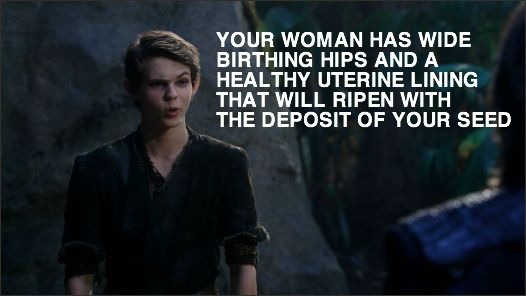 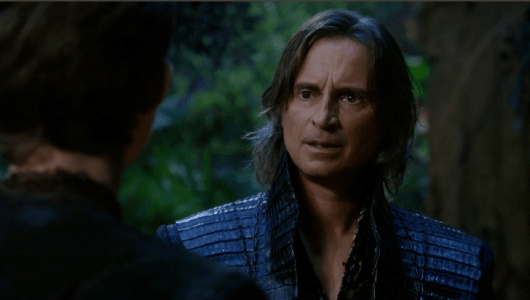 While everyone else is still processing Neal’s being alive while freaking out about some footsteps that Snow saw, Regina takes this opportunity to peace the fuck out because she has had it up to here with this blow-worthy popsicle stand. Emma doesn’t want her to go because who else will keep her warm in her sleeping bag, but Regina reminds Emma that they have a son who needs saving, and if she could put down the incredibly clunky plotline that is this bullshit love triangle, maybe they’d all realize that the reason they came here was to save the kid who desperately needs them. Actually, she says she’s going to save “our son,” which is even better and not a run-on sentence. 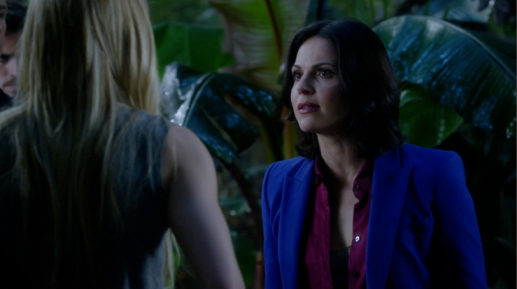 Emma takes Regina’s side, but Snow would rather trust a faceless OkCupid profile than agree with Regina. 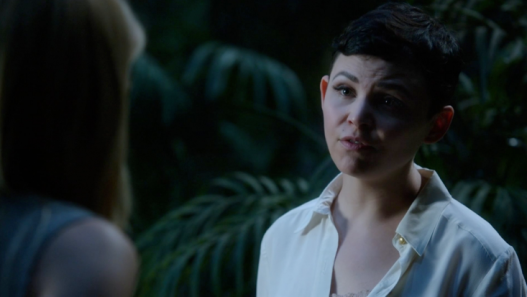 his profile photo was a guy fawkes mask wearing a fedora and his interests were “destroying the friendzone” and “m’lady” so i’m pretty sure he’s legit, emma