I count my blessings every day (for the past two days) that I impulsively downloaded Super Meat Boy in the Xbox Live Arcade. While I was initially borderline horrified by the game’s title, what reservations I had immediately melted away into sweet platformer bliss. This indie game, crafted by two admittedly weird seeming dudes in a dimly lit something or other somewhere, is making waves, big time. And it’s hard not to be ecstatically happy for these guys: a team of two indie developers stumble their way into making an instant modern classic, every bit deserving of its repeated comparisons to the holiest, most canonical video game of all time? That just rocks. 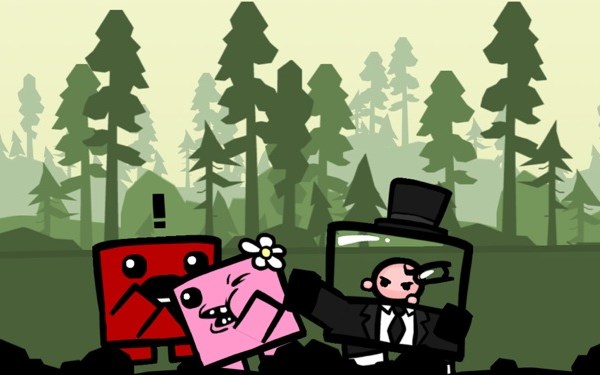 Now on to the game. Super Meat Boy is a platformer, much like its Super Mario Bros. and Mega Man pedigree, and, much like those titles, it’s an absolute joy to play. Pick up the controller and you’ll be blown away by the game’s responsivity; the controls make the titular meat-hero the most agile, zippy little clump of pixels you’ve ever seen. And believe me, you’ll need all the help you can get. The game eases you into its mechanics of course, wall-jumping, sprint-jumping and the like, but it’s soon obvious that Super Meat Boy doesn’t f*ck around.

The goal of each level is simple enough: navigate meat boy to his girlfriend, a little white clump of pixels named “bandage girl.” You can complete each level in about 20 seconds, if you play your cards right. But you probably won’t and you’ll slaughter meat boy mercilessly again and again on buzz saws, in fire pits and, well, mainly just on buzz saws. 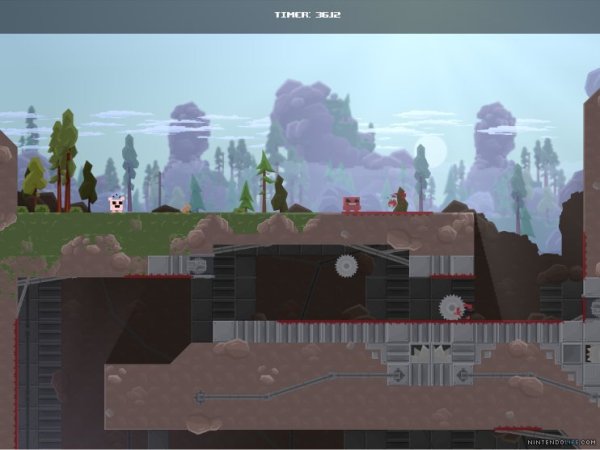 The level design is impeccable but difficult. It’s not unusual to spend twenty something tries on a challenging course, but inexplicably, every bit of your failure is rewarding. It sounds like you’d want to throw your whole 360 out a sixth-story window when you’ve watched your little red hero splatter against sharp thing after sharp thing, but the game is so brilliantly conceived that success boils down to skill alone (and sometimes skill takes practice). When meat boy dies (and dies, and dies), you respawn instantly and have another go because it’s that fun.

And if all of this wasn’t enough, on top on the main game you can unlock dark levels (harder versions of each level), brutal “warp levels” and hidden characters from other indie titles (like Tim from Braid and Commander Video, this amazing floaty ninja who leaves rainbows in his path). 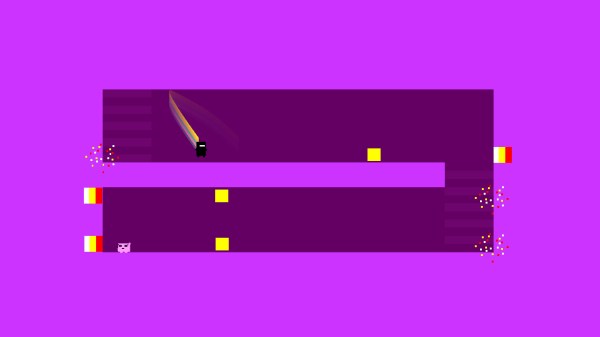 All told, Super Meat Boy offers up 300 levels of pure, seemingly intravenous joy. To miss it would be criminal. If you don’t play Super Meat Boy, I may never talk to you again. Unless you don’t have a 360, but probably you should look in your neighbor’s windows until you find someone who does and then try to memorize the code on their garage-door keypad thing, gaining entry to their home and thereby access to this game. But if breaking and entering isn’t your thing (whatever), the game is due out on the Wii and the PC some time in the probably not-distant future.

The bottom line is: get your hands on this game. Super Meat Boy is an absolute triumph of modern gaming, remixing 90s-esque cartoon oddness with sublimely precise platforming into a glorious black hole of retro video game bliss.