Hello, flowering tea blooms! Another week, another excuse to look at some cool, not-traumatizing shit for a hot minute! As the Emcee says in the musical, Cabaret, “Leave your troubles outside!”

Take This Job and Federally Protect It!

On April 4th, the 7th circuit court of appeals ruled in Hively v. Ivy Tech Community College that companies would be breaking federal law if they discriminate against employees in the workplace based on sexual orientation. Kimberly Hively, a math instructor at Ivy Tech Community College in Indiana, was denied full-time employment and promotions and was eventually fired from her position because of her sexual orientation. Hively says the discrimination from the administration came after she was seen giving her girlfriend a quick kiss goodbye. Soon after, she received a reprimand from the college administration about her “professionalism.”

The appellate court cited Title VII of the Civil Rights Act, which prohibits workplace discrimination on the basis of sex. The 7th Circuit’s jurisdiction includes Illinois, Indiana, and Wisconsin, where it is now illegal to discriminate against LGBT employees. This win on appeal may foreshadow a new look at the issue of LGBT discrimination by the highest court in the United States, the U.S. Supreme Court. Nine previous appellate court decisions conflict with the latest ruling, meaning the Supreme Court may have to decide which interpretation of the law holds constitutional muster.

For now, Hively says she hopes the ruling “gives people pause when they’re bullying someone over their sexual orientation.”

Here, Queer, In Your Red State 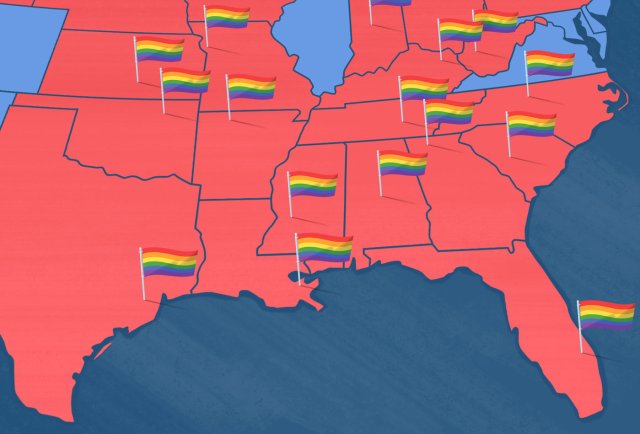 Trump may have won 30 states in November, but don’t fall into that stereotypical trap that all people who live in red states are backward bigots. Many cities and towns across the nation, including in every so-called red state, have passed protections for LGBTQ people and have thriving LGBTQ communities.

The arc of American history is long, and it’s rainbow-colored.

Here are the gayest cities in every red state, according to Thrillist. Never heard of Wilton Manors, Florida, the tiny city where four out of five of the city commissioners are gay? How about Short Mountain Sanctuary, Tennessee, the “country’s largest, oldest LGBTQ planned community, nestled in the hills of middle Tennessee”? Well, now you know!

“Lesbian Anthem” is a gorgeous song and video short culled from a longer documentary on the life of Indian lesbians, Ladies and Gentlewomen. It’s the first song for and about lesbians ever recorded in the Tamil language.

Out Indian filmmaker, Malini Jeevarathnam, says she created the song as part of the (more serious) film because she wanted to end it on a happy note and because she believes visibility is important to saving the lives of lesbian women in a country where same-sex relationships are illegal and suicide and honor killings are too common. 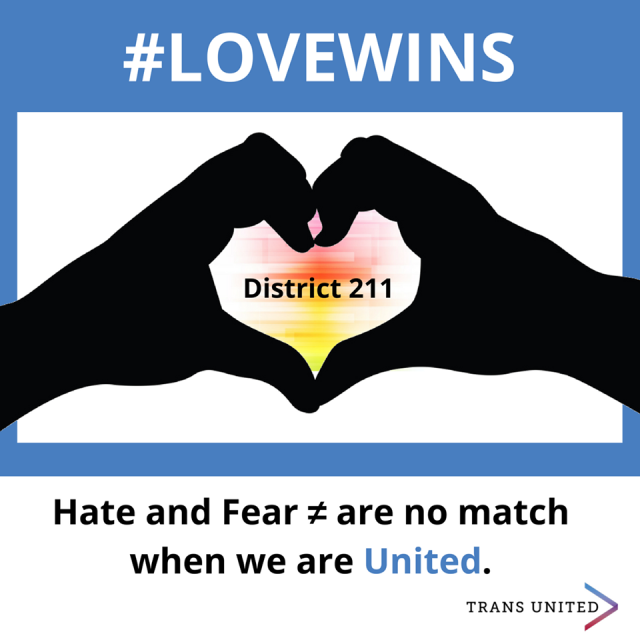 Excuse my snark because this really is a good thing. Support for bathroom bills took another significant blow recently when a Chicago school board race became a nationally-watched (and funded) referendum on trans rights. A trans girl, whose name was not released to protect her identity, filed suit against her school for not allowing her access to the girl’s changing room and bathroom. The school district settled in her favor.

Of course, parents and assholes freaked out and the then-upcoming school board race became a gauntlet of pro- vs. anti-bathroom candidates. A group called Parents for Privacy formed, sued the school over the policy, and ran their own anti-trans candidates. Sidenote: the Trans United Fund chose this school board race as their first independent expenditure, raising funds to support the moms, trans youth and trans allies fighting for pro-trans candidates. Of the three seats that were open, all three elected school board members are supportive of the settlement policy allowing trans students to use the bathroom and locker facilities consistent with their gender. We’ll take it!

Swipe Right If You’re DTF (Down To Fossilize)

The Washington Post had some paleontologists compose Tinder profiles for dinosaurs and invite you to contribute your own! I hope you write one for Triceratops, the most lesbian of dinosaurs (also my personal dinosaur brand). Just a suggestion!