Happy Sunday Funday, y’all! It’s time to sit back, relax, and reflect on some good queer news. So let’s get to it!

Equality All Around the World 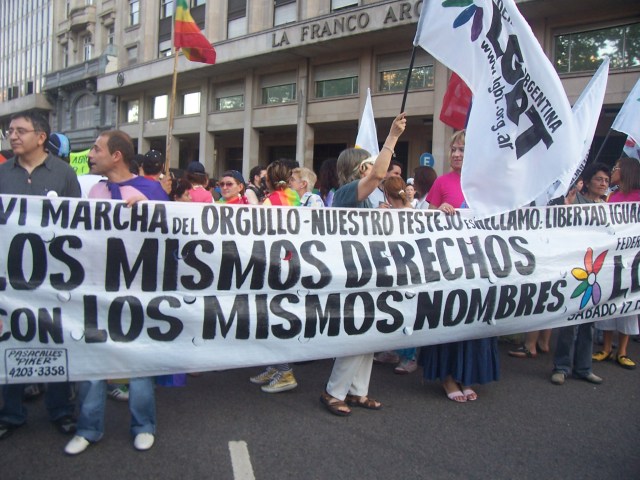 + In Argentina, a new law demands that the government in Buenos Aires and its surrounding areas place trans employees in at least 1% of its jobs. It passed unanimously on Thursday and may be the first law of its kind in the world, which is a refreshing change from other laws in my humble opinion.

Ty Cobb of the Human Rights Campaign described approval of the new constitution as a “momentous step forward for LGBT equality in Nepal.” “The nation’s leadership has affirmed that its LGBT citizens deserve the constitutional right to live their lives free from discrimination and fear,” said Cobb.

+ In Florida, a Republican State Representative is pushing to put anti-LGBT discrimination laws on the books.

This Kid Is All Of Us, I Think

This is the most epic and also most Scottish way to take down anti-queer weirdos ever. Let us all follow suit immediately.

This Thing Called the Affirmation Conference

500+ LGBT Mormons came together this weekend in Utah to love themselves.

“Overall people will leave here having a prayer answered,” Thacker said. “They will feel a lot more hope for their own future.

“We get messages after conferences from individuals saying it was the most healing moment of their lives. People say they felt the spirit stronger than they had in years, or they felt it again as they hadn’t for some time.”

Thacker outlined the four objectives of Affirmation: acceptance, forgiveness, service and finding a vision and a voice. When those steps are in effect, it gives hope for the future.

“We can find our vision, lose the fear, find our voice,” he told the audience. “What lies ahead is truly glorious, and you are all glorious.”

This Is a Sea Otter Using an Inhaler

Mishka the sea otter has asthma. And she’s gonna be okay.