Hello, kitty toe beans! How are you taking care of yourself this fine Sunday? I hope you have a steaming hot drink. Or a good alcoholic beverage, if that’s your thing. Maybe a good book or TV show to binge. Have you considered taking a day nap? Or a walk? Or calling a friend? Or going to the movies? Or eating an entire loaf of garlic bread? Just thoughts…

Oh, and I’ve curated some lovely links I think you’re going to like! Feast your eyes on this good shit!

Embracing LGBTQ Elders in The Families We Make 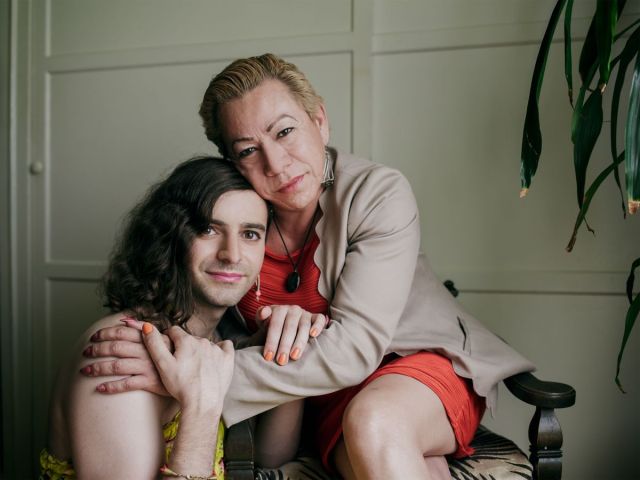 Ready your heartstrings for some pulling. The Families We Make is a photo series by NYC-photographer Levi Jackman Foster, created to raise awareness for SAGE (Services & Advocacy for GLBT Elders), the oldest and largest organization in the U.S. dedicated to improving the lives of LGBTQ elders. The photos pair younger activists with older activists in loving “family portraits” to show the “powerful connections between older and younger generations of queer people and how crucial these chosen networks can be for sustaining a community and movement.” 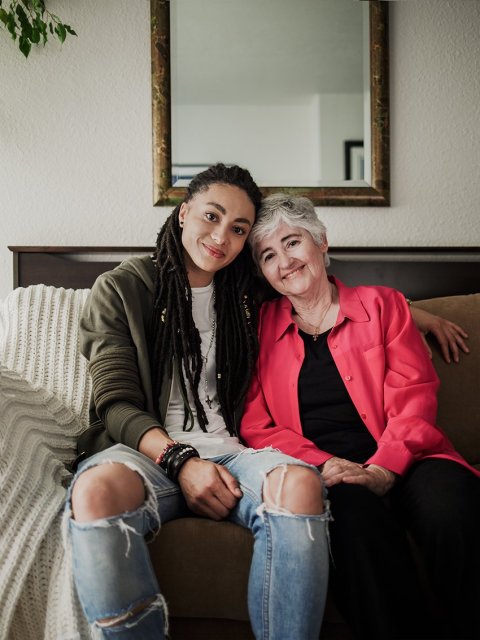 The photo project coincides with the launch of a new intergenerational SAGE event series. On May 18, SAGE will launch SAGE Table. SAGE Table invites LGBTQ people and allies to host or go to a hosted meal with LGBTQ people of different generations in their community.

There are 11 photos in the Families We Make series, all taken at the homes of participants. According to Mashable, Foster was inspired to work with SAGE on the series after his mother passed away.

Taking my mother’s last portrait before her passing from pancreatic cancer last summer, I had an epiphany. My mother had her children and loved ones around her for support when her day-to-day got difficult, but who will I have? Who will my LGBTQ family have to take care of them when they face the inevitable difficulties older people face? Who will pass down the stories of LGBTQ seniors – many of whom were disowned by their families? – Levi Jackson Foster 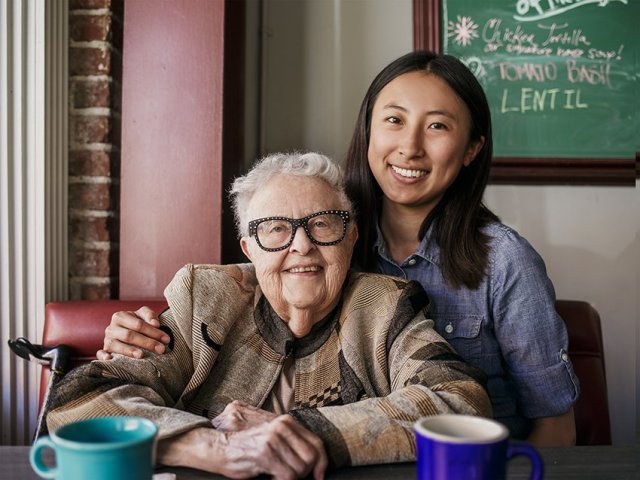 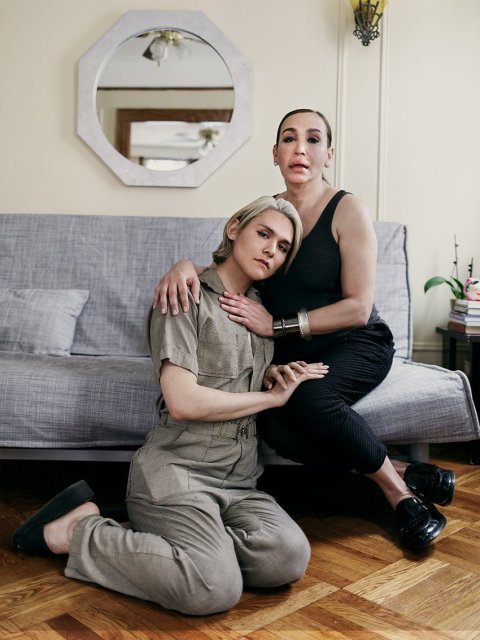 You can view the whole series on Mashable.

Do Your Thing on the Runway, Kami Sid 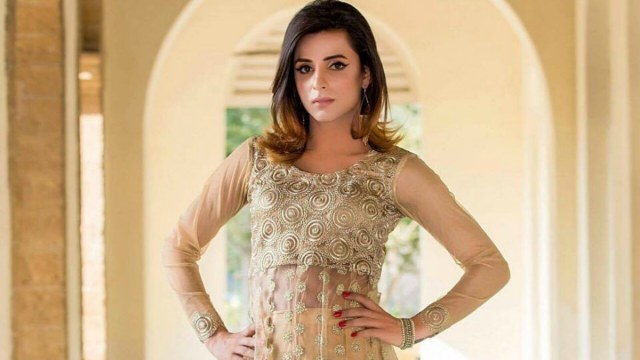 Kami Sid is the first openly trans model in Pakistan and she’s not here to play.

Sid is an activist for trans rights in Pakistan, where she advocates for the rights of the khawaja sira community (also known as hijras). Even though Pakistan Supreme Court ruled in 2009 that transgender people have equal rights, khawaja sira still face discrimination in every area of life and are targets for violence. Sid’s mother accepts and loves her, but worries about her safety and her future, being in the public eye.

However, Sid is not giving in to fear. She has a degree in business studies and actively works for the rights of trans people in Pakistan and internationally. She models and speaks all over the world. She is regularly invited to perform at events, including those that are not usually open to khawaja sira. On being the first trans model in Pakistan, Sid says, “You have to make a space for yourself in the fashion industry… I’m here to change the concept.” 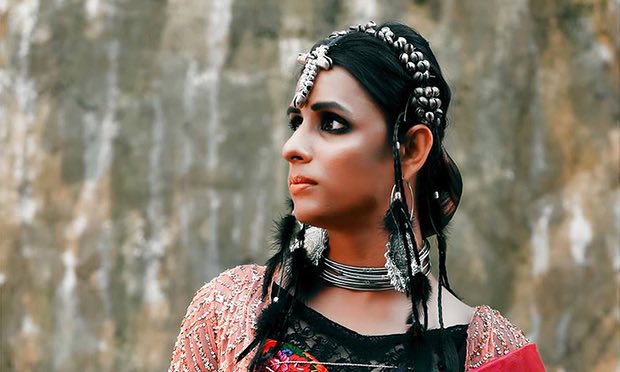 I know how to break stereotypes, darling. I became a model; tomorrow I’ll become a mum. People think we’re just sex workers or beggars or dancers. After modeling, I’ve said we can become anything – doctors, engineers, teachers. We just need a platform. – Kami Sid

+ Starting this month, all New York City schools have to designate at least one gender-neutral single-stall restroom, which will be made available to all students without requiring permission! School Chancellor Carmen Fariña said, “We are dedicated to providing every student with a safe, supportive and inclusive learning environment. As part of that commitment, we want to ensure that all students receive the additional privacy they need and have access to a restroom that aligns with their gender identity.

+ The NYC LGBT Historic Sites Project has spent the past two years collecting troves of information on New York City’s LGBT history dating back to the 17th century. Now, their work is available to be browsed from anywhere on an interactive online map. You can filter the 550 sites on the map by “lesbian,” “gay,” “bisexual” and “transgender” as well as by categories like era, neighborhood, and cultural significance (activism and politics, bars and nightlife, theatre, people of color, homes, etc). Look closely and you’ll find loads of women’s history here including the homes of famous and not-so-well-known lesbians and sites of early transgender resistance and life.

Pray the Anti-Gay Away 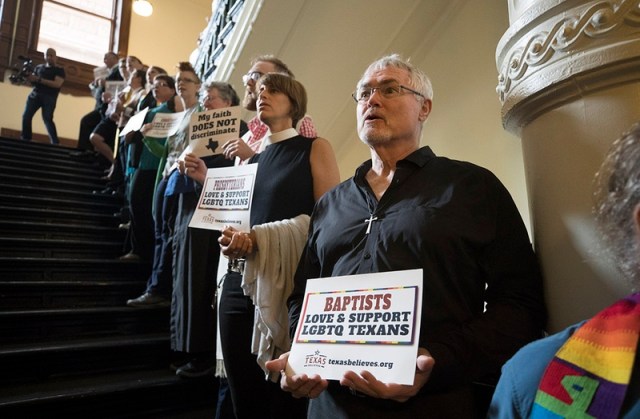 Photo from The Texas Tribune

Texan clergy lined the steps of the Texas House chamber this past Wednesday to protest various anti-LGBT bills in the state legislature, including bathroom bills and a discriminatory religious exemption bill. They delivered a letter to their legislators with over 209 faith leader signatures in support of LGBT people and opposing discriminatory anti-LGBT legislation. 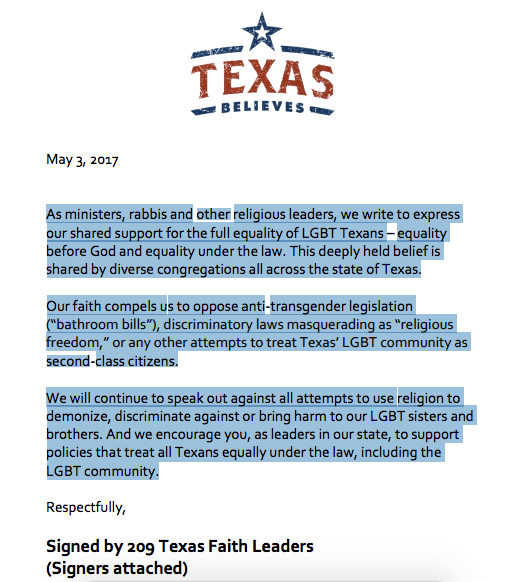 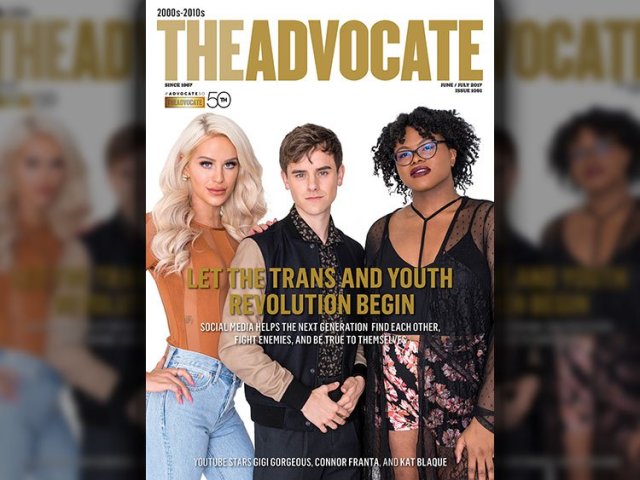 The advocate is celebrating its 50th anniversary by publishing some excellent content on LGBTQ trailblazers past and present. Here’s some I think are relevant to your interests:

+ After Being Outed, Kat Blaque Became a Role Model for Trans Youth

+ Gigi Gorgeous: Trans, Lesbian, and the Face of an Online Movement

+ Marriage Equality Was Won by Widowers

+ The Grandmother of the Trans Movement Is Not Slowing Down

+ How Pop Culture Moved the Needle on LGBT Equality (Duh)

+ Just a Bunch of Friends Who Changed LGBT History