Happy Sunday friends! I changed my computer’s desktop background this week, and now I get to look at a rotation of pictures of my cats in the most ridiculous poses and honestly, best decision ever. Have you done something cute and nice for yourself in the past week? You should! Also, it feels like we’re all finally toes deep into fall. I haven’t used my AC in over a week, and it’s been a brisk 60º every morning on the first floor of my apartment. I love it. I feel alive. I hope you too feel alive, and if not, this week’s news is gonna perk you right on up!

#GayleyKiyokoWeek ends with the release of Hayley Kiyoko’s new song and video for the decadently gay fall anthem “Feelings.” Kiyoko directed the clip herself, just like for “Sleepover,” and once again she directed herself opposite a beautiful woman. It’s almost like Kiyoko likes girls or something. While she’s singing “sorry that I care, care, it’s really not that fair” she’s dancing and flirting with Desi, played by Alexandra Rodriguez, through the streets at night. It’s a beautiful neon-lit noir lesbian dreamland. Hayley Kiyoko knows that there’s no time to be coy anymore, singing “I over communicate and feel too much, I just complicate it when I say too much, I laugh about it, dream about that casual touch, sex is fire sick and tired of acting all tough. I’m hooked on all these feelings.” Me too, Hayley, me too. This is the earnest full of feelings anthem for every queer out there who follows their heart. It’s a perfect salve for everyone who’s felt like they’ve had to become extra hard and tough since the election. Princess of the Gays Hayley Kiyoko is coming through once more to remind us that being soft and gay and full of feelings is good and strong and right. Thank you Hayley.

+ The Handyma’am is a new coverall designed for “women who own their work and their style” and I want one for every day of the week! They’ve got a little under a month left to raise the rest of their funds, help them outfit the lady mechanics in your life!

+ REI hosted the first ever LGBTQ Outdoor Summit. Honestly, everything cool happens in the PNW and I’m kinda jealous.

+ Sally Ride is the first lesbian Lego as part of the Women in NASA Lego kit. Nice.

The Women of NASA set was dreamed up by science writer Maia Weinstock, and garnered more than 10,000 votes on the Lego Ideas site, earning it automatic consideration by the company. Along with Ride, it includes tiny representations of NASA astronomer Nancy Grace Roman, computer scientist Margaret Hamilton, and astronaut Mae Jemison, the first black woman in space. (An earlier version of the set also included Katherine Johnson, the black NASA mathematician featured in the 2016 film Hidden Figures, but Lego was unable able to obtain the necessary approvals to turn her into a figurine.)

+ Lesbian filmmaker Nicole Conn, of Elena Undone and Claire of the Moon fame, will direct a new movie, Nesting Doll. Her feelings? “I always say I’m the luckiest lesbian alive!”

+ The Resilience Anthology is “the largest literary collection of transgender women and AMAB non-binary writers” going to print very soon!

+ “Created by a Black queer woman named Briana Lawrence, magnifique Noir is the latest example of Black female and femme creators applying the magical girl genre to the concept of #BlackGirlMagic.”

+ Amber Cantorna, the daughter of an executive at Focus on the Family, has come out as a lesbian in a new memoir. 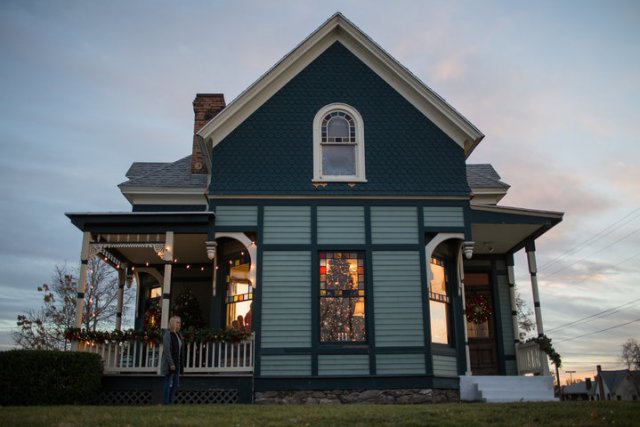 We believe that if we can help the family work through when their child comes out as gay, lesbian or transgender, then they can become an affirming family and support this child on their journey. We hope that through the process, we will help change our community. We believe better conversations at Encircle lead to better conversations in the home, churches, schools, neighborhoods.

Our church, the Mormon church, is extremely important in Provo and affects everyone’s life. So instead of pushing against the community, we’re trying to bring the community in and trying to work in their values to help them better understand and love LGBTQ people.

+ Coming out and faith: graduate student Elizabeth Sextro talks about reconciling her Catholic and queer identities.

+ Our favorite Latina actors got together and we’re blessed with this picture forever.

I hope you have crisp air, warm drinks, and cute cuties filling up your time throughout the week. Love you!