Welcome to Sunday Funday, where the only news you need is good news! Here in New York City there’s some serious apocalyptic nonstop rain happening. Like this:

+ Youth leaders speak at Gay Rights Forum in Philadelphia: “… apathy is the number-one enemy of our movement.” (@philadelphia inquirer)

+ For the second time this week, a woman who already came out is heralded in the press for … coming out? Newsflash! Pink is bisexual! Yay! (@news of the world)

+ Miss California Should Watch Glee, not Tyra. (@the advocate)

+ Real Life Twitter from College Humor! NINE dollars for organic spinach! Give me a BREAK!

+  How to Build a Better Bike (@good magazine)

Big weekend for the gays. Let’s take a look … in pictures!

In Philadelphia, Lady GaGa performed live at The Electric Factory. Lady GaGa also performed in NYC on May 2nd, obvs Stef will be recapping that event for you VERY SOON. 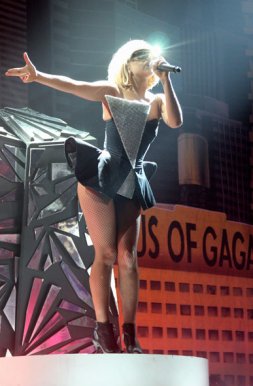 In New Jersey, Rosie O’Donnell attended the opening of her Wentworth Gallery show: 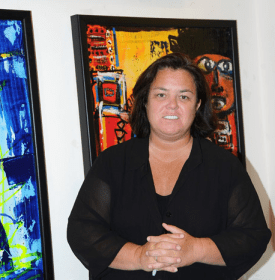 And in Australia, all the stars came out for the 51st TV Week Logie Awards: 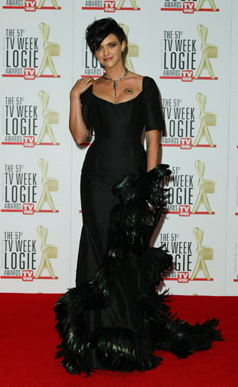 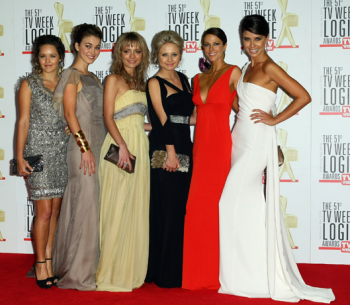 The Ladies of "Home and Away"

I’ve confessed to you already how I often gay-hunt the Sunday New York Times’ Weddings/Celebrations section. This week, Howard Koeppel and Mark Hsiao, who “gained fame as former Mayor Rudolph W. Giuliani’s roommates in 2001, are getting married in Connecticut” — and they even got a Vows video! It’s so cute!

Howard: “I thought there’d be a big problem introducing Mark to my family because of the fact that he wasn’t Jewish.”

Mark:“That’s kind of a joke — as opposed to female?”

Howard: [laughs] “Oh, that wasn’t — well, being that Jews like chinese food there was no problem.”

The 25th annual LGBT Film Festival will take place May 6-17 in Boston. Opening night will feature the much-buzzed about lesbian flick “I Can’t Think Straight” as well as”Pedro” (about Pedro Zamora, the Real World cast member who dedicated his life to HIV/AIDS activism).

Important Life Lessons from B-List Teen Movies of the 90’s (summed up as “In the 90’s, we learned all sorts of ways to lie and manipulate in order to get our way. And when that didn’t work out, we tried to be brave, wrote a letter to the one we loved, stole from petty cash, and pushed Skeet Ulrich out a window with our insane powers.”) I love any opportunity to once again enjoy THIS: