SKINS:
Did you read our Skins recap? Okay good. Then you’ll be excited to read this tidbit from The Guardian UK ABOUT THE SKINS MOVIE:

Jack Thorne, meanwhile, is working on a movie version of Skins that will unite all the casts of the groundbreaking TV show, including – whisper it – Nicholas Hoult (Tony) 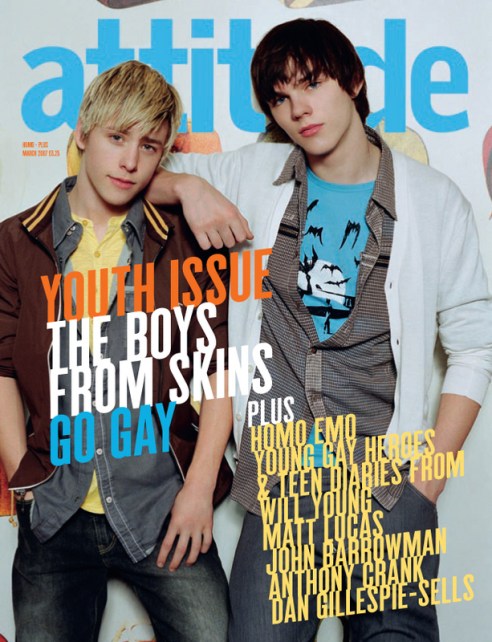 Maybe they can also bring some characters back from the dead, like Freddie and Dana Fairbanks? Also, this tumblr reports the film is in development. 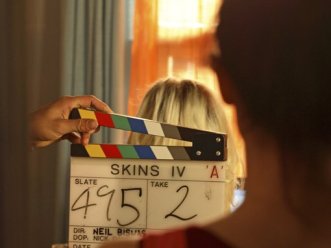 Also the Skins website has more fun stuff — dress like the cast did in Episode 408!, the writer on writing the cast’s finale and open auditions for Season Five. To audition, you must be born between 1st July 1992 and 1st July 1994 (if you were born on those days, that’s fine too).

ROSIE:
She’s going to have a show again! Without Elizabeth Hasselbeck! “The fact that O’Donnell is doing the show outside of the studio system indicates her intention to stay true to herself, which could mean more of the strong political views and attacking style that got her in hot water on the syndicated show and on “The View.” Her show is scheduled to begin just about when Oprah’s ends, what a coincidence! (@hollywoodreporter)

BSC:
Jezebel talks about a Wall Street Journal article that suggests the “updated” Babysitter’s Club series might inspire girls to think about entrepreneurship. “”Imagine how empowering it will be for many of today’s girls to learn that, by emulating young people just like themselves, not only can they drum up enough business to buy the little things that make the teen years tolerable without lobbying for cash from Mom and Dad, but they can even help out with strained family budgets? That’s just as valuable a lesson as you’ll learn from most textbooks.” (@jezebel)

SIDESHOW:
Sinclair Sexsmith, one of our favorite bloggers, writers, and people, is beginning a new queer reading series along with Cheryl B. Check out the first Sideshow reading on April 13th at 7 pm in the Sapphire Lounge in Manhattan! (@sugarbutch)

GAGA:
We love Gaga because 1) she is a free bitch who 2) doesn’t take shit. When her ex Robert Fusari sued her for $30 million, Gaga was all “some shit don’t fly by me and a man” and sued him right back. ” Fusari’s suit, which asks for more than $30 million, says Gaga cut him out of her life, and more important, her earnings, after he came up with her stage name and co-wrote several of her songs. But Gaga’s lawyers are all, nuh-uh. They say the contract between Gaga and Fusari was never valid because he wasn’t a licensed talent agent and that Fusari’s actions were ultimately “predatory and financially abusive.” (@nymag)

Also, um, are you tired of hearing about the Telephone kiss yet? Good, because neither are we. Heather Cassils was interviewed again, this time by Gawker, and we get a few more details about what it’s like to kiss Gaga: “The kiss was down from the get go. It happened very naturally and organically. I leaned into smell her and I started by kissing her neck. It was electric and when I got to her mouth, she actually kissed me. Kissing lady Gaga was like kissing any beautiful woman you feel a connection with, as soon as I touched her she was just that, very sensitive and responsive… yes she is a good kisser but kissing my girlfriend is even more powerful as I’m totally under her spell.”

Also, a photo of some of her performance art – this from her piece Hard Times, which Cassils says is about contemporary California.

LESBIAN MOVIES:
The Independent picks up on a question our community has been arguing over for years – is it worth it to have lesbian/bi/queer woman visibility in mainstream movies if the lesbian/bi/queer character is a psychotic murderer every time? This article could also have been titled “Spoilers for Every Lesbian Movie Ever.” Also, I do not know why they included Brokeback Mountain. (@independent)

DAN CHOI:
After getting arrested following an HRC rally, Dan Choi & Jim Pietrangelo have pleaded not guilty and will go to trial. Also they are not sorry. Also, they are awesome. (@queerty) ALSO Robin McGhee is determined to start a grassroots effort and she is disappointed in the HRC.

JOAN JETT:
A great interview with her in which she talks about her feelings on many things, including Kristen Stewart – “We got along great. It was really scary when you see us together, physically. The energy is so similar, the way we move, the way our hands move, our hair, the way that we talk, the way we start and don’t finish sentences. I mean it’s really bizarre, you know, but in a great way.” Also, she is just such a cool lady! Listen to this! “I was told as a five year old, by my parents, that I could be anything I wanted and I took it to heart. I never thought twice about roles and like, “Oh, I’m a woman. I’m a girl so I can’t do that.” I wanted to be an astronaut, an archaeologist, you know, all sorts of things before I got to school and I got in chorus class. I was in drama, wanted to be an actor. And all of a sudden, you start listening to… you go from Donny Osmond to rock and roll, listen to All Right Now, Smoke on the Water, oh my God, I want to make those sounds. Mom, Dad, can I have a guitar for Christmas? They get it for you. Now I got to learn this thing. So you play to your records and figure it out.”

THE LOHANS:
Good news, Dina Lohan invented a toothbrush! “LINDSAY LOHAN’s mother DINA is launching her own environmentally-friendly toothbrush in a bid to raise awareness about water conservation. The Lohan Green Tooth Brush is a liquid-free device that claims to save the user two gallons of water a day.” I mean, whatever else you wanna say about LiLo, girlfriend does have good teeth. (@bestweekever)

OPIE:
Celebrated queer photographer Catherine Opie has a new exhibit up at the Gladstone Gallery in NYC. It’s called Girlfriends and features some of our favorite ladies, like Jenny Shimizu, JD Samson, and Katherine Moennig. Check it out! It’ll be there through April 24th! 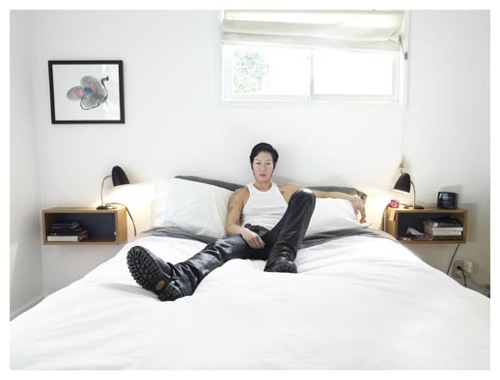