Sparrowhawks, amirite? We love Sparrowhawks. We first introduced you via Almost Famous back in January and they’ve since held fast as our favorite flannel loving alt-folk-pop band in the north of Wales, and probably in lots of other places as well. I’m speaking on behalf of our entire website because I can’t imagine that anyone who works here would disagree. 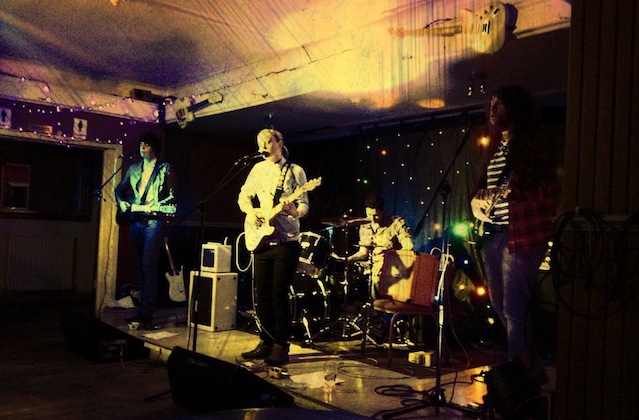 Sparrowhawks have just released some brand-new music in the form of the Wanderlust EP and they want you to have it for free! As per Sparrowhawks tradition, the EP contains three tracks that are downright delightful; for a few days my favorite was “Hummingbird” but now I think it’s “Pearl” because I love the lyrics and the harmonising and I just feel that if Pearl were real then she’d be a really lucky girl. Check it out below and then download it via Bandcamp.

Sparrowhawks have been on the up and up in recent months; their previous EP has been widely praised and it received lots of love from various national stations including BBC Radio. It’s also available as a free download. I recommend you get it because “Living Man’s Disease” is a perfect song. Wanna hear it right now? Okay.