Nirvana was officially inducted into the Rock and Roll Hall of Fame last night, a process that involves a lot of speechifying, hugging, and putting aside of old grudges, as well as the occasional musical performance. These first few criteria were easy to hit: everyone talked for a million hours, and Courtney Love and Dave Grohl ended their 20-year feud with a real nice hug. 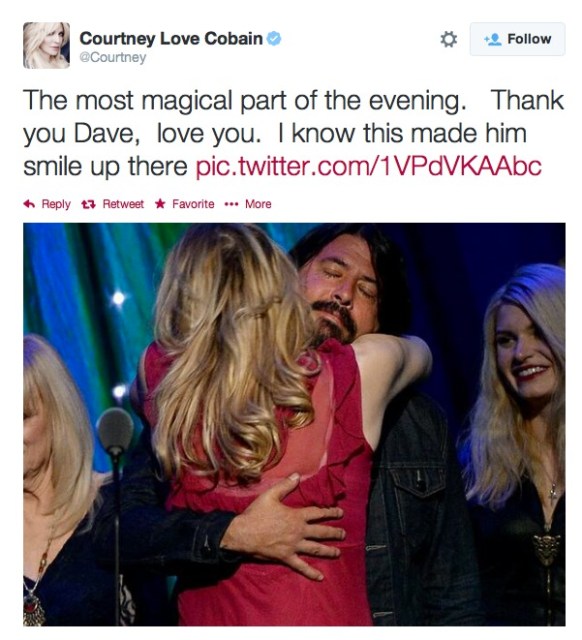 Given that Kurt Cobain left us twenty years ago last week, everyone was wondering how they’d manage the performances (those are some big sweet sad-eyed Converse to fill). Rather than go the hologram route, someone decided to get the rest of the band back together — drummer Dave Grohl and bassist Krist Novoselic, along with touring guitarist Pat Smear — and then bring on four rock heroines to channel Kurt, who once wrote in his diary “I like the comfort in knowing that women are the only future in rock and roll.” 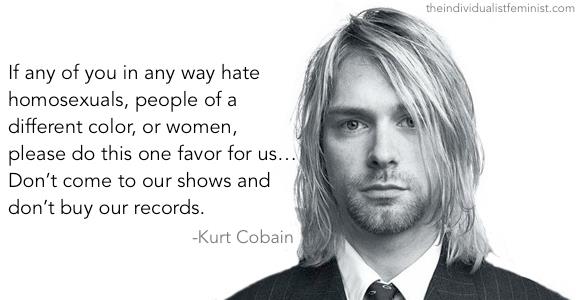 So first we had godmother of punk Joan Jett, storming onstage at exactly midnight and tearing through “Smells Like Teen Spirit.”

Next came Kim Gordon of Sonic Youth doing “Aneurysm” (so far there’s only a Vine of this, which is useful because it’s hard to hit “repeat” when you’re in a catatonic state of admiration). 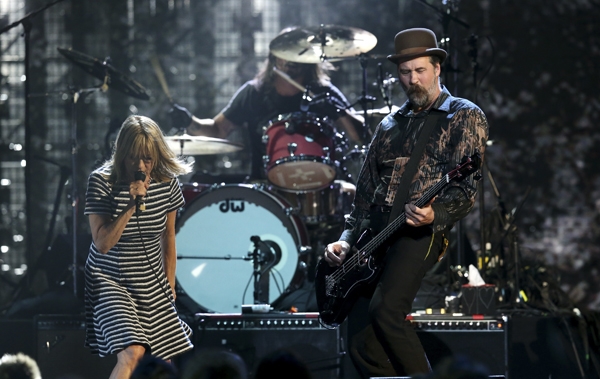 SHE KEEPS IT PUMPIN’ STRAIGHT TO MY HEART (VIA ROLLING STONE)

After that, St. Vincent’s Annie Clark (aka “Annie Clark… from The Vincents?”)  pulled off a pretty and menacing “Lithium.”

And everything wrapped up with Lorde, who is younger than Nirvana and sang “All Apologies” in this bratty way that I didn’t expect to like but ended up liking a lot. If you have similar feelings and they confuse you, you should check out this piece by Ann Powers (h/t Audrey).

You’ll be able to see every blessed bead of sweat wrung by this performance when it airs on HBO on May 31st.

As if that weren’t enough, the band reconvened afterwards at little Brooklyn metal club St. Vitus for an afterparty and follow-up show, which included Joan Jett ripping through “Breed,” Annie Clark doing “About a Girl,” and Kim Gordon taking on “Aneurysm” again, this time a capella. This raises important questions, such as “Can Annie Clark REALLY see me every night, free?” and “How many of my organs will I have to sell in order to purchase these bootleg tapes when they appear on Queer EBay?” There are only a few blurry YouTube clips available so far (like this one of “Heart Shaped Box”). But that’s ok, because this is what imaginations were made for, right? 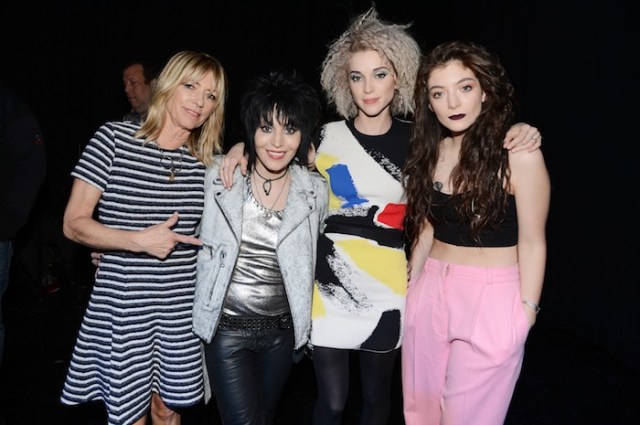