In January, Rafael Morelos joined the number of openly gay (and perceived-as-gay) teens who have committed suicide. He was described by friends, family and school officials as confident and outgoing, a popular kid despite having just transferred to the district recently, who dyed his hair and wore pink skinny jeans to school. His death seems to have come as a shock to everyone, his mother especially. Of course it did — how could the suicide of a 14-year-old ever be anything but totally and utterly unimaginable? 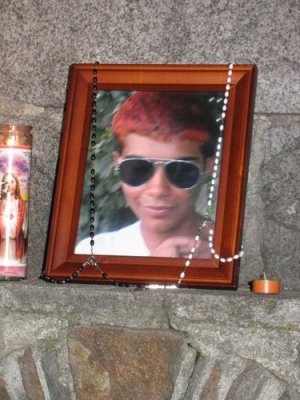 Some, however, are arguing that his death could have been foreseen and possibly prevented. As has become the pattern, voices from the community are asking whether anyone — the school district, or peers, or his mother — could have seen this coming. Rafael was a cutter, and his diaries (found after his death) indicate that he was depressed. That’s already a mother’s worst nightmare; finding out that your child was struggling with problems that they didn’t feel they could share with you. But according to some of Rafael’s classmates, Rafael was also facing something else: bullying based on his sexual orientation. The attempted suicide rate for teens is shockingly high across demographics — in 2005 it was estimated by the National Conference of State Legislatures that 19.3% of high schoolers had seriously considered killing themselves. Often we consider teen suicide a tragedy, a terrible loss to both a family and a community. But now, in 2012, when the word “bullying” is used, we wonder whether suicide might really be a crime of negligence, whether there’s someone who’s at fault.

And so in the aftermath of Rafael’s death, questions abound: was he a victim of anti-gay bullying, or not? If he was, was that the cause of his death? Some seem skeptical; Rafael was well-liked, and the principal says that Rafael only reported one incident of harassment, which was investigated and settled. Principal Rob Cline says that if there were other incident, he feels confident that “the teen would have felt he could report those, too.” A second teen also committed suicide only weeks after Rafael, and there’s now a community meeting scheduled around issues of grief and healing. There are no specifically LGBT issues on the agenda. In contrast, Rafael’s friends report that he was taunted, called names, and pushed into lockers; that as the only openly gay kid at school, he was an “easy target.” Worst of all, they report that Rafael actually reported incidents to the school more than once, to no avail. “Kids know that if they are bullied it’s useless to talk to anyone at the school because they don’t do anything about it.”

If the school was unaware of the extent of Rafael’s bullying, or if they were aware and didn’t take action against the bullies, it wouldn’t be the first time. But even if we don’t make the school administration or community out to be villains, there’s still a problem with this conversation. Implying that Rafael’s death either was or wasn’t a consequence of specifically anti-gay bullying ignores some of the nuances to Rafael’s story — both the story of his life as a teen, and the story of his life as a specifically gay teen. As a young person, one who had a history of self-harm, is described by  his mother has having a “sometimes-rocky home life,” and who struggled with depression, Rafael was already experiencing factors related to suicide. This isn’t an either/or, mutually exclusive experience from being a gay teen, but even gay teens live full, complicated emotional lives, and a lot of factors need to be taken into account. Trying to talk about Rafael’s mental health status by only talking about his sexual orientation is a mistake.

And at the same time, trying to talk about Rafael’s life as a gay teen by deciding whether he was or was not bullied isn’t productive. Living as an out queer person, like other marginalized identities, means experiencing near-constant microaggressions day in and day out. It means that even if Principal Cline is right and Rafael didn’t experience a level of bullying that differs too much from your average straight middle school student (or at least didn’t report it) it doesn’t mean that he experienced the same quality of life or level of dignity and self-esteem that a straight teen would have. Even before the “gay bullying epidemic,” queer teens had significantly higher rates of suicide than their straight peers. The truth is that teens already struggle with a lot of issues, and gay teens struggle with more, Rafael Morelos included. So while it’s comforting to attempt to ensure that our schools are free of the mysterious and terrifying phenomenon called “gay bullying,” what kids ultimately need is emotional and mental health support in general. And what gay kids need specifically is for the pervasive homophobia that such bullying grows out of to end. The problems that suicidal (and all teens) face are complex and deeply nuanced, and while we’ll never know for sure what influenced Rafael to end his life, it doesn’t do his life justice or help anyone else to try to pin everything he did or thought on one issue.