After escaping Nazi Germany, decamping to the Belgian countryside, growing up in poverty, and living a life plagued with comorbidities — my maternal grandmother Rose passed away in February at the age of 94. Her dementia had gotten worse in 2013 after my grandfather passed away from Alzheimer’s. Though her demise was slow and then sudden, it still seemed like she’d always be there because she’d already survived so much. Yet, there my cousins and I were on a bleak afternoon, group texting about why her YouTube funeral wouldn’t load. A year into the pandemic, it was still so weird that we wouldn’t all be together eating lox and rugelach, reminiscing on the strange gifts our grandparents brought us back from vacations in the mid-90s. Shortly after, I had my first ever virtual shiva and around that same time, a screener for Emma Seligman’s 2020 film Shiva Baby arrived in my inbox. 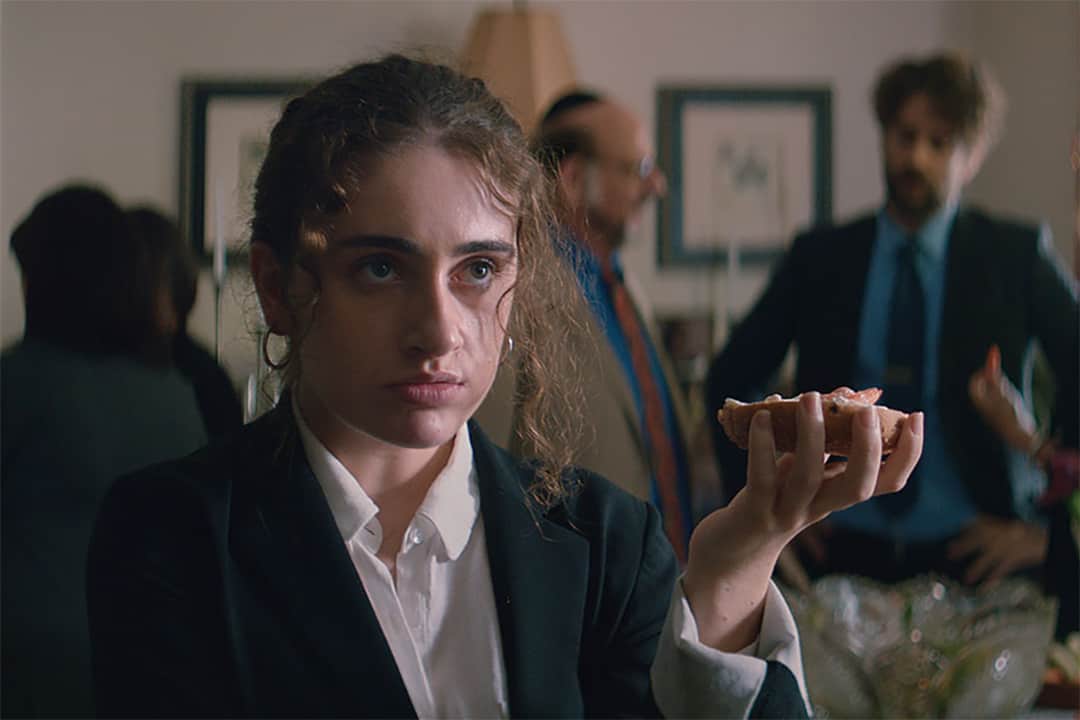 The Jewish mourning process is specific and (ideally) therapeutic. Requiring mourners to sit shiva, that is, basically laze around, accepting help and comfort from loved ones during the first week of grieving immediately following the funeral. Friends and family show in excess to help evade the family evade loneliness. Bringing copious amounts of food so mourners don’t have to worry about nourishment, but instead can drown their sorrows in endless tubs of chopped liver and whitefish spread. Though I’ve luckily never sat shiva myself (the act of sitting shiva is reserved for spouses, parents, siblings, and children of the deceased), I’ve visited countless Shiva homes, often learning about my friends’ deceased relatives after they’ve passed. Looking at photos, recounting funny stories while drinking schnapps, and just spend time together — almost drowning out the emptiness of loss with laughter, memories, and a few too many black and white cookies.

Despite its morbid setting, I was thrilled when I learned about Shiva Baby, excited that we’d see yet another representation of Jewish queerness on screen. Besides Kissing Jessica Stein (a movie I adore despite its problematic ending), To Each Her Own, and Disobedience (we all know how that ends) — Jewish queer representation in film is minimal. As a femme-presenting queer Jewish woman raised in the suburbs, attended college in the city, and has been to many a shiva of a stranger — I was excited for the film’s protagonist Danielle, played by Rachel Sennott, to represent me. Sennott herself is neither queer nor Jewish, despite playing characters with these identities in two films. She sells the roles but would it be nice to see a queer, Jewish actor (Beanie Feldstein! Molly Bernard!) portraying a character with those identities on screen? Yes. 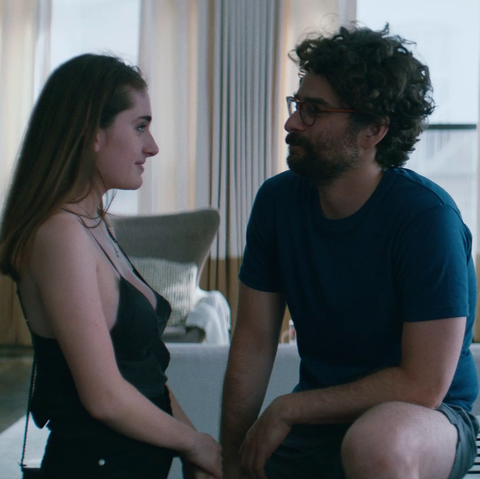 Danielle is a twenty-ish Jewish woman with a pseudo-Sugar Daddy, who “forgets” to pay her for their transactional relationship as she’s out the door to her real-life obligations. She’s about to graduate college and has an interest in feminism, seemingly without much interest in a post-graduation career. So with her privilege showing and a wad of post-coital cash in her pocket, Danielle treks out to the suburbs where we meet her overbearing parents to help grieve someone. Upon arrival, Danielle weaves her way through the home despite not knowing who the shiva is for.

Shiva Baby, in many ways, acted as a surrogate to the shiva I was supposed to be attending, but due to the ongoing pandemic, never would. As I watched Danielle move through the cramped and almost eerily familiar shiva house, dutifully layering her disposable plate with the same smoked Semetic specialties that I should have been, I quickly recognized that our similarities end at our shared identities. I know and love many Danielle-esque people, but she is not me. Instead, she is the projection many people have of me solely based on my identity — right down to her harsh but doting parents who fund her dalliances hoping their credit card will help her maintain the Nice Jewish Girl status. I do not have the parental credit card or family relationship she has, though many assume I do based on the other queer, Jewish suburban-raised women they know. Instead of getting to know me people make assumptions, taking one look at me and my background, and applying a set of assumptions that are simply not true. Watering down my story, who I am and the life I’ve lived to a character, ala Danielle.

The film perfectly captured the awkwardness of an extended community event, including running into an ex. Danielle sees Maya at the shiva, she seems to be her ex-girlfriend (or ex-something) and is played by Booksmarts’ Molly Gordon. Shiva Baby was marketed as a queer film and its writer/director is bisexual, but there is only a sprinkle of visual queerness presented on screen. Running into an ex at an inopportune moment is very queer — but surely we can do more than bumping elbows at the buffet table, and sharing a chaotic kiss during a smoke break to show that representation.

The choices Danielle makes and the things she says are cringeworthy in the best way. She is far from an aspirational character, she is instead an embodiment of stereotypes slightly reconfigured to create a character I’d probably strongly dislike if I met her at a shiva, or elsewhere. It’s easy to cringe at her poor choices — like sending a sext from the cramped bathroom of a mourning stranger’s home — but also at her privilege and dismissiveness of the nagging adults as though she was a child. In the wake of rising antisemitism worldwide, it’s important to recognize the ways in which Jewish people are portrayed in popular and indie culture, and remember that everyone, regardless of identity is unique.

Queer representation on screen is stronger than ever before, leaving space for critique and questioning. I am almost cringing at home many times I rewatched Kissing Jessica Stein from 2007 until, well, today, simply because there was nothing else like it. I want films to tell a compelling story — ones that are entertaining, escapist, and that straddle lines between queer and mainstream. I loved how much I disliked Danielle and how different we were despite sharing similar identities. The film served as a reminder of how desperately I want to love everything female and queer. I know some films will just full-on fail at truly representing me, but I still welcome all queer Jewish female characters who aren’t me onto my screens, and in fact —I look forward to disliking them.

Melissa is a writer based in Brooklyn. She contributes to The New York Times, Conde Nast Traveler, Glamour, Marie Claire, New York Magazine and many more publications.

Melissa has written 1 article for us.