I always forget that Memorial Day Weekend exists, which, as has been pointed out to me, is very ironic! I always remember, though, because there comes a weekend when everyone I interact with inquires earnestly about what I plan to grill. To be honest, most days, I don’t plan to grill anything. I don’t have a grill. I don’t even have a grill pan. I don’t even have a gas stove, or a stove that isn’t a child’s size because I live in a tiny apartment made for someone to die alone in. But I guess it’s possible that at some point in my life I will be invited to partake in the social event which is “Memorial Day grilling,” and if that ever happens, I’d like to avoid what happened the last time I went to a grilling event, which was eight people standing around politely waiting to start eating ribs until my lone black bean burger slowly thawed and was actually still mostly frozen in the middle but I ate it anyway because I just wanted it to be over. Anyways, if you also don’t want to eat hamburgers or ribs or elks or whatever it is people eat today, here’s some other stuff you can grill.

Let’s be real: pizza is already your favorite food. The only thing that can make it better is finding new ways to cook it. Laura already helpfully explained to you about grilled pizza, and if you’re not super committed to the specific combination of marinara and cheese, you can open your mind to the more expansive categories of “flatbreads.” Any and all toppings are available to you! Hummus! Barbecue sauce! Ranch dressing, if you hate good food! Isa Chandra Moskowitz put up a really delicious-sounding recipe for flatbreads with creamy red pepper scallion spread that I would probably kill a man for. Or maybe just a cyborg who looks like a man. Let’s not get crazy here. 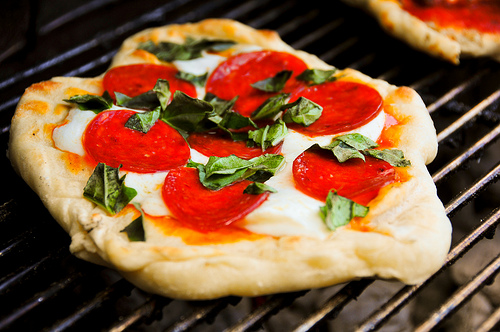 I know virtually nothing about raddichio besides how fun it is to say. Ra-DEECH-ee-oh! Go on, say it again. Anyways, I believe firmly that anything grilled and drizzled with balsamic vinegar can’t be that bad. Like that Sheryl Crow song. Apparently all you need to do is marinate it for 15 minutes or so (this recipe recommends olive oil, balsamic vinegar, garlic, rosemary, orange peel, and crushed red pepper, but probably something less complicated would be okay too!) and then pop it on the grill for 5 or 6 minutes each side. After you take it off the grill, drizzle with balsamic vinegar and some parmesan or pecorino cheese if that’s your thing. Bam! I think you can also grill endive, but I’m not 100% sure what that is, so.

I know, we just met, and this sounds crazy. Watermelon is literally 90% water; how can you grill it??? That’s like battling a water Pokemon with a fire Pokemon! Bear with me. This recipe recommends brushing the watermelon with honey first, and then throwing it on the grill for a few minutes on each side. I haven’t tried this, but I imagine that ice cream tastes good with this.

If you are a vegetarian, maybe you have already eaten enough portabella mushroom burgers to build a house out of, and then a side garage for that house, and also possibly a gazebo for the yard. Still, though, this is a tried and true Burger Substitute, and you will probably end up eating it at your Uncle Phil’s. Try marinating them in something interesting! Lime juice! Baby Ray’s barbecue sauce! Milkshakes! Just kidding, don’t do that part. Grilling some onions and peppers to put on top might help take this next level.

This is a delicious thing to eat at all times. Make sure you have some stick thingys to eat them with, and you’re good to go! You’re in a really good place as long as you have some butter and salt and pepper; you can just put the cobs on the grill as are until they’re cooked through and a little charred and then brush butter on them. Or, alternately, wrap them in foil with some butter and they’ll sort of steam. If I may make a polite suggestion, maybe try eating some of your corn on the cob with lime juice squeezed over it and chili powder on top. You won’t be sorry. 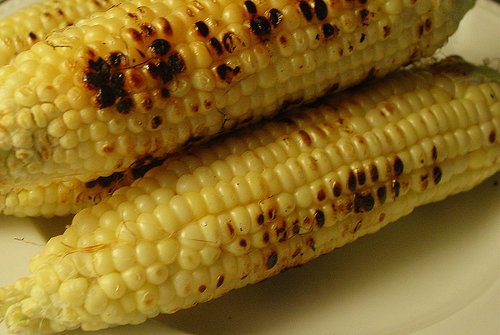 Avocados are the best food. This is not up for debate. As with many things grilled, they are delicious with lime juice! Also would probably make the platonic ideal of taco ingredients. This recipe has a salsa you can make to put on top of it! What a good idea you guys!

Once upon a time, my friend Batia told me in hushed tones about “haloumi: the cheese you can grill!” We found some in a specialty grocery — it’s from Cyprus, I think? — and indeed, the packaging said “the cheese you can grill.” It’s a pretty solid cheese that you can just cut into thick slices and then throw on a grill, and it will be salty and a little crispy and a little melty (and also weirdly squeaky? I don’t know how else to explain it. You can hear a little squeaking noise when you bite into it). It’s a great kebab ingredient, but also I’ve eaten it on its own, with my hands, and I’m not ashamed. 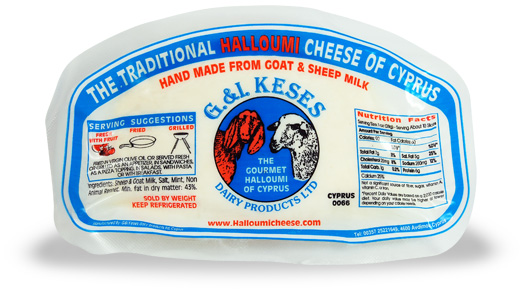 THE CHEESE YOU CAN GRILL