This review contains spoilers for the first three episodes of Season 2 of Prime Video’s The Legend of Vox Machina, because bisexual archer Vex’ahlia is a main focus and I want to talk about her.

The Legend of Vox Machina is back, in all its high fantasy, hilarious, devastating, ass-kicking glory, where everything is gay and everything hurts.

Season two picks up right where season one left off, with everyone gathered in the Cloudtop District of Emon to listen to Sovereign Uriel’s speech, including lesbian lovers Lady Allura and Lady Kima, gay icon Gilmore, and the pansexual party we’ve all come to know and love, whether it was through dedicating hundreds of hours of our lives to the livestream of Critical Role or if you hopped in once the story was condensed and animated for your viewing pleasure.

Before Uriel’s speech is done, dragons who call themselves the Chroma Conclave decimate the city, leaving the Sovereign and countless others dead, and threaten to end civilization as Vox Machina knows it. 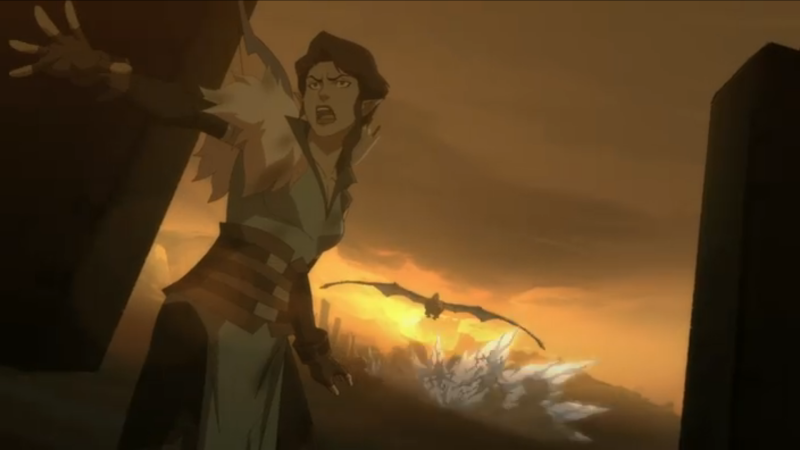 This is how I imagine me delivering my spoiler warnings at the top of my reviews and recaps.

At first, the party is torn, unsure how much of this is their responsibility; after all, what does a ragtag group of weirdos have to offer? Is it worth risking their lives to save the world? Then the party looks out over Whitestone, a city in the midst of rebuilding thanks to their intervention, and they know that even if they themselves don’t succeed, just the act of trying might be enough to inspire people to rise up and do what needs to be done. 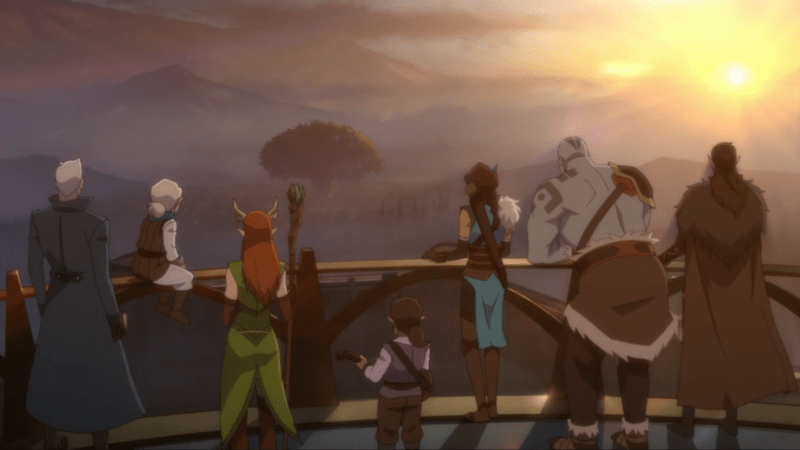 Everything the light touches will be yours.

With a little help from a Sphinx, they get a clue about how to fight four ancient dragons despite being just a handful of chaotic adventurers, and are sent off on a quest to find the Vestiges of Divergence.

Much like Season 1 delved into Percy’s past and what traumas landed him in this found family of unlikely heroes, this season (the first three episodes, at least) looks into how the twins came to be untethered from their natal family and thrust into the unforgiving world with nothing but each other. This is triggered by finding out they have to deal with the Slayer’s Take, an underground group that, as we quickly learn, Vex and Vax have some history with.

When the party meets up with the Slayer’s Take, we meet Zahra and Kash, played by Mary Elizabeth McGlynn and Will Friedle respectively, who were two of the first (if not the first) guest players on Critical Role; it was nice to hear familiar voices playing these beloved roles. Kash loves to flirt with and fluster Keyleth, much to Vax’s displeasure, and while Zahra and Vex are constantly slinging insults at each other, it’s easy to imagine their white-hot hatred for each other may have crept over the line into some…I’ll just say it, hate-fucking. 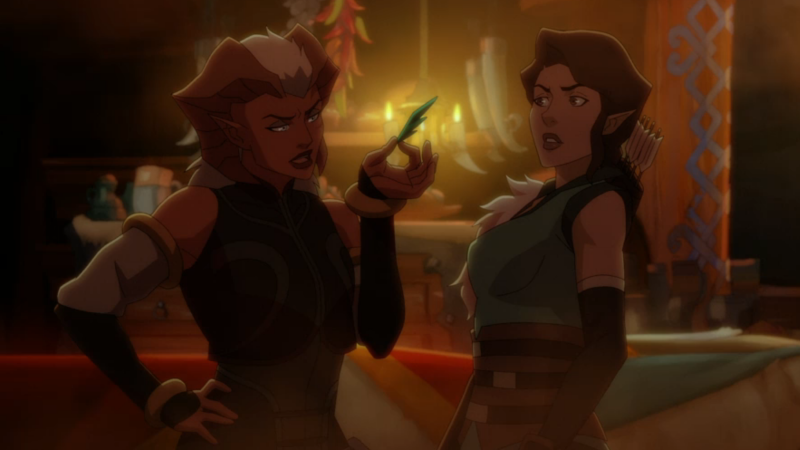 It should be noted that, according to Mary Elizabeth McGlynn, Zahra is canonically queer and her attraction to people goes “beyond the physical.” Sounds pretty pansexual to me!

And as the danger increases, specifically being dragons, aka something the twins have a dark history with that I don’t think they’ve explicitly stated in the show yet, Vax is trying his best to keep his sister on a tight leash, saying, “Do not go far from me.”

These episodes were delightful and emotional, and since it’s been a long time since I’ve seen the campaign, everything felt equal parts new and familiar. And I squealed with delight at all the boops to the audience, the inside Critter jokes and NPC faves, like Viktor the Black Powder Salesman, the party making fun of Purvan’s name, Grog’s beard, the infamous greeting of “bidet,” and of course, the party continuing to be plagued by doors, though that’s an inside joke for fans of the show at this point, too.

But as for bigger plot points, I didn’t remember what was coming next, for the most part, even though once it happened I remembered. For example, I forgot about the Sphynx until she showed up, and I remembered them tree transporting to the cliffside just as the Sun Tree started to open.

The one exception to this lapse in memory is the end of the third episode, while they were in the Sunken Tomb of the Raven Maven. (I know they called her the Matron of Ravens but I think it was a missed opportunity.) 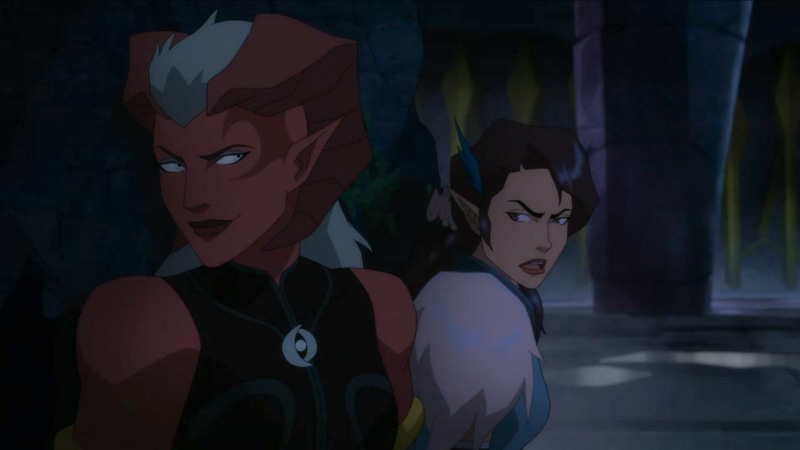 This is your last chance to bounce before MAJOR SPOILERS for the end of 203.

As soon as they opened the sarcophagus, I had a flash of memory. While Vex was remembering being a teen runaway and learning that her brother isn’t overprotective because he thinks she needs him, but because he needs her, I was remembering what was about to happen and clutching my chest to brace for the pain. Vex being hit with a necrotic death ray would be impossible enough to endure, but two things make it hurt a little extra: a) at the last minute, Vex decided to wait to touch anything until her brother got back, per his request, but it was too late because b) Percy is actually the one who touched the Vestige first, and Vex was just an innocent bystander. Of course, as the credits fade on Vax sobbing over his lifeless sister, I realize with horror that this show is not a full-season drop, but in fact we’ll have to wait until next Friday to learn of Vex’s fate.

If the horde of dragons didn’t do it for you, the end of Episode 3 surely made it clear: the stakes are high, and Vox Machina has everything to lose.