Beyond the crazymassive panels that rule the San Diego ComicCon, there’s a lot of smaller stuff that goes on. These panels are often just as cool (if not cooler) than the big guys as they usually delve into topics that the bigger, fluffier spectacles wouldn’t touch with a swag bag. You won’t find many free shirts at them, but you know what’s better than getting a free ill-fitting t-shirt you’re only going to wear as a pajama top? YOUR MIND EXPANDING, that’s what. While I didn’t go to as many of these panels as I wanted to because I was pretty hungover all the days, I did catch the Progressive Politics in Comics panel. My mind, it did indeed expand. 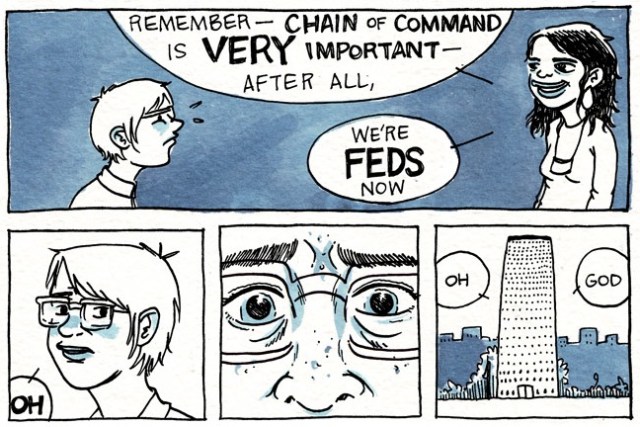 As the panel began, the speakers touched on many different topics, each bringing their own experience to the table. Susie Cagle, who comes from a body of mostly non-fiction work including pieces that cover the Occupy Oakland movement, referred to her tactics as “putting medicine in apple sauce” so that even readers who may not be willing to sit through a political discussion can absorb the information in comic form. While she has faced some ridicule for ‘glamorizing’ the occupy movement in her comics, she said she sees it as a way of truly being able to capture a moment in time when there’s no way to bring in a camera to document the experience. Stan Mack added that as a writer and comics artist, there’s a fine line you must be aware of when you enter the arena. There’s a certain amount of careful treading that goes on, but it’s just as important to know when taking the risk is worth it. 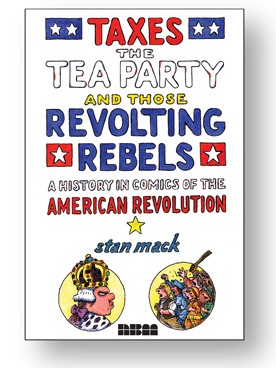 Cecil Castellucci, who is an author of young adult fiction, explained that the medium itself softens up harder issues and makes bigger topics far more accessible to the public. In her Plain Jane series, one of her Janes has two dads. It’s never really made out to be a big deal, but instead arises organically as part of the story. In her books, the politics is never the main thrust of story, but at the same time it is present and palpable.

Gail Simone, who started out writing a blog about the poor treatment of women in comics (Women in Refrigerators), explained how both sides of the political spectrum can be used to breathe life into the world of a comic as she’s done with her books set in Gotham. Giving the world some kind of political conflict but staying away from anything too preachy or stereotypical elevates the material to another level. You not only want to infuse your ideals into the work, she explained, but also to show the other side fairly.

Editor Shannon Watters explained what it was like pitching a project that would involve nearly all women (Marceline and the Scream Queens) to a publisher (they were all for it!). Stressing how much you need to diversify your team, she also noted that the devotion young people feel toward their favorite comics means you need to be all the more conscious the decisions you make about your writing. As a writer, the experience and awareness that you bring into your work enhances it. 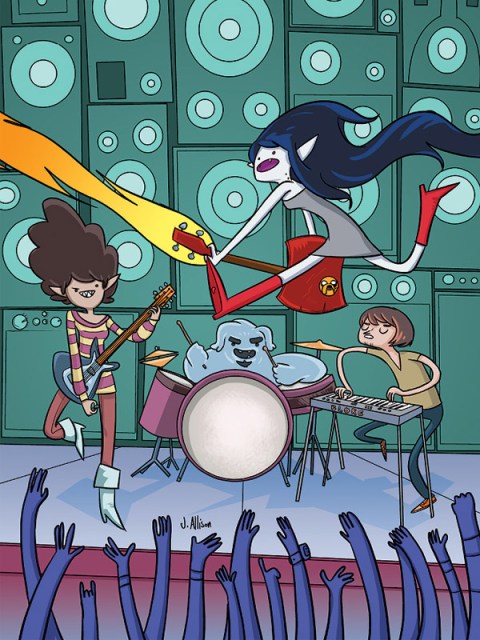 All in all it was an insightful, thought-provoking panel. We were given a peek into the minds of some truly great people in comics who helped us understand the responsibility that comes with being a writer. Not only do you tell a story, but you use your ideals and knowledge in a critical way that creates something even greater that educates your readers. Which, to me, is way better than being hungover some t-shirt.

Ash has written 1 article for us.