Right now out in this world of ours, scientists and other people with degrees are researching sarcasm. That’s good for us web dwellers since the internet is fueled by unabashed vitriol, unicorns, and sarcasm. It’s like interweb fossil fuel or something. 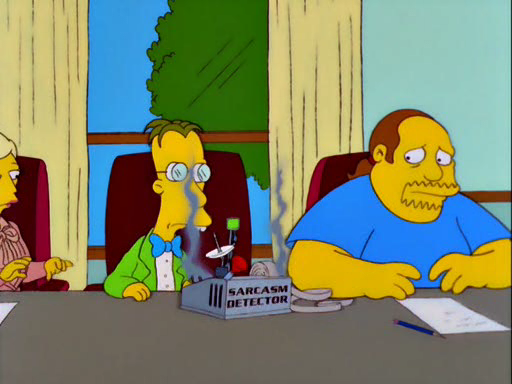 “For the past 20 years, researchers from linguists to psychologists to neurologists have been studying our ability to perceive snarky remarks and gaining new insights into how the mind works. Studies have shown that exposure to sarcasm enhances creative problem solving, for instance. Children understand and use sarcasm by the time they get to kindergarten. An inability to understand sarcasm may be an early warning sign of brain disease.” 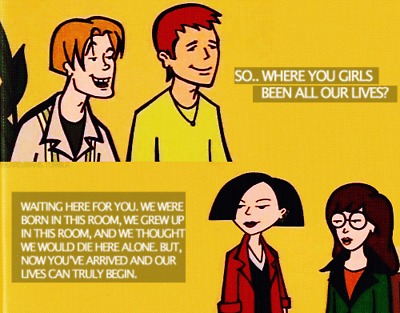 Turns out, sarcasm is exercise for your brain and the patience of the person you’re talking to! People sometimes think sarcasm is a tool we use to hide our social ineptness and/or assholish proclivities, but actually it’s just because we’re really really smart. There are moments when I think it’s weird that sarcasm is a thing to hang your hat on but then I remember there are a lot of different ways to be funny and I haven’t figured the rest of them out yet. I’m so good at it, my friends call me starcastic (jk I don’t have any friends). Sometimes while employing sarcasm, it bypasses humor and it’s just a sad look into my soul. 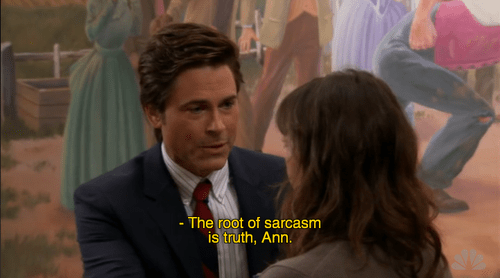 But look at how interesting this part is. You should probably read the whole thing and then give an expert opinion on whether or not this is why Lizz’s Mad Libs are so funny

“There appear to be regional variations in sarcasm. A study that compared college students from upstate New York with students from near Memphis, Tennessee, found that the Northerners were more likely to suggest sarcastic jibes when asked to fill in the dialogue in a hypothetical conversation.”