Last week, Carmen told ya’ll about Sarah Robles, a weightlifter who was struggling making ends meet with her $400 monthly USA Weightlifting stipend despite being the strongest lady in the country. Today, there is great news and not-so-great news for Robles. 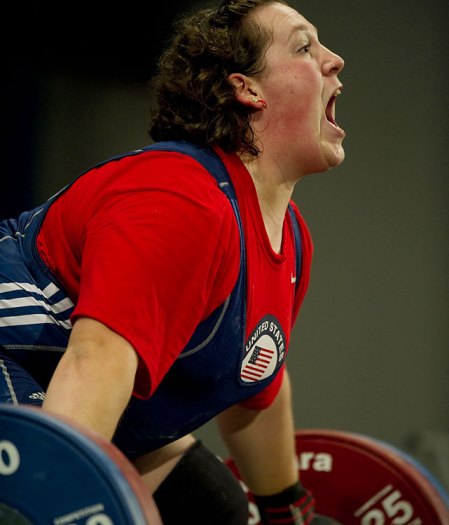 The great news: Robles has found sponsorship! Solve Media, a web advertising company with clients like Toyota and Verizon, has committed to getting her to the London Olympic Games:

Sarah is passionate and dedicated to her quest for gold, and respectively embody the ideals of Solve Media — massive lift and precise targeting…It’s our responsibility in the advertising tech community to get the word out that we can all do well in business by doing the right thing. Solve works with hundreds of companies in the Fortune 1000, and we want to be able to do things for others. This is certainly not charity of any sort. It’s the kind of partnership that we think makes a difference. – Ari Jacoby, CEO of Solve Media

The not-so-great news: Solve Media, no matter how much it wishes like Pinocchio, will never be an actual athletic gear company — the most ideal sponsor for someone of Robles’ caliber. As a lifter, I had hoped that Adidas, maker of the legendary Ironworks shoe, would eventually put its best Velcro-strapped foot forward and help a lifta sista out. 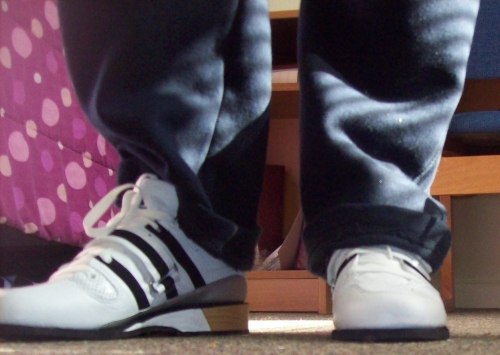 Ari Jacoby is exactly right. It is all about the gold, and we’re not talking medals. In the States, athletic endorsers and television networks do not view lifting as a profitable sport. American lifters were surprised in 2008 when NBC broadcasted their Olympic events on a Sunday morning instead of hastily recapping them.

This reluctance to invest has created a cycle where weightlifting doesn’t receive enough exposure through major networks, in turn not reeling in new fans, not being profitable for corporations, and being largely unacknowledged in the mainstream. I am hoping that Solve Media’s endorsement encourages others, and becomes the first of many in support of Olympic lifters. 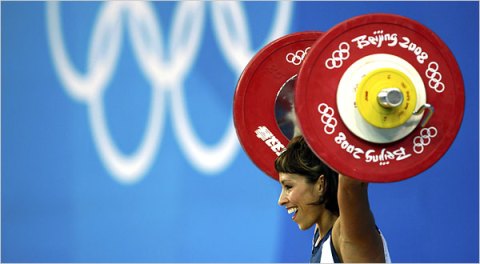 Obviously, women involved in the sport face even more barriers. Since Robles’ story made national headlines, many have fought the good fight, calling out endorsers for favoring traditionally feminine bodies over the larger-than-life ones of women’s lifting:

Nike, in its Voices advertising campaign, features elite female athletes like marathoner Joan Benoit Samuelson talking about pursuing sports despite the people who discouraged them. Nike apparently feels it is still necessary to have former professional basketball player Lisa Leslie remind the audience, “I’m a fashion model who can dunk.” The hashtag for the campaign? #MakeTheRules. Turns out it’s fine to change the rules about who can get in the game, but much riskier to challenge the ones about how you’re supposed to look and behave when you get off the bench.

Melanie Roach, the first American woman to lift twice her body weight, had one noted sponsor at the 2008 Olympics: Hat Trick Beverages, a company that seems to have folded since then.

In a profile with The New York Times, Roach thumbed off the massive team effort involved in getting her to the Games.

The easiest part of her day? The weightlifting; the physically demanding task that should be the most difficult.

Perhaps even more heartwrenching than the financial stress that these woman face is the constant reminder that their bodies do not fit the status quo:

You can get that sponsorship if you’re a super-built guy or a girl who looks good in a bikini. But not if you’re a girl who’s built like a guy.
– Sarah Robles

This subject — one that could be so easily glossed over — has been documented at length in Strong!, a film about Cheryl Haworth, one of the few American lifters to place at the Olympics. For Haworth, facing retirement not only means the end of a career; it means transitioning back into a society where her body type is not one of the strongest in the world; it is “unhealthy” and “undesirable.”

Being big definitely has its advantages. But there’s no such thing in this culture as being big, strong and completely and totally accepted as a woman. – Cheryl Haworth

In one scene, Haworth is shopping for clothing in a store laden with “FIND YOUR SHAPE” advertisements plastered everywhere. The sizes stop at 24. She’s larger than that; a character in a Robert Lewis Stevenson novel. It’s so absurd that she chuckles, high-fives her friend and says, “I find solace in the fact that I could kick everyone’s ass in here.”

Here’s hoping Sarah Robles can take a page from Haworth’s Zen Guide to Being Larger-Than-Life.