It’s no secret: I play D&D once weekly (gnomish rogue!) and I think you should too. If you’re my brand of geek, if you think drinking beer with your fellow queerbos and slinging spells and making shit up sounds really appealing, you should get a group together and do the thing. If you already have a gaming group together and a Dungeon Master to shower love upon, huzzah! I think you’ll find this list pretty awesome. But I also think you’re not the norm — I don’t generally catch wind of Dungeons and Dragons games with a high percentage of queer-lady-type-beings. I feel like there are a million reasons why I don’t hear about more queer lady groups. Probably everyone thinks this is teenage boys stuff — it’s not! In the immortal words of Ari, one of our resident Grease Bats illustrated by Anna, “I’m not about to let a bunch of fourteen-year-olds take up all my space.” The more us queer dames and non-binary geek-stars represent in the nerd community, the more we can dilute the toxic masculinity perpetuated by the violent few. Which is another reason I think I don’t hear about more homo-normal D&D groups — we feel like it’ll always have to be a crusade, or “mean something” (interfacing with the nerd community so often is like that, alas) when in fact sometimes it’s just playing pretend for funsies and there’s no greater point to be made. Most of the time, actually. My group is perfect — half queer, and all awesome. I wish the same thing for you. And the last reason I feel like we, as a community, don’t necessarily do the D&D often is because it’s got a learning curve and someone has to jump in to be in charge of the whole experience — that person is called a Dungeon Master, and you don’t have to be perfect to give it a go. Whether you’re gifting someone the tools to DM your game or you’re jumping in yourself or you know a lot of fabulous geek monsters who would get a kick out of it, here’s a list of cool kitting for your resident cloaked mystery human. Happy dungeoneering. 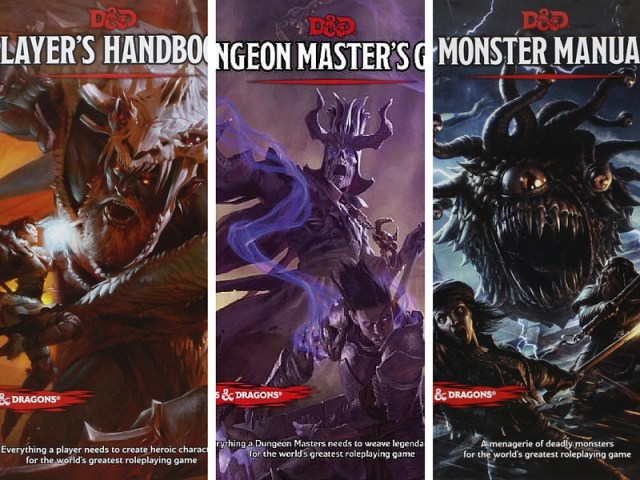 There’s one book every player needs access to, and that’s the Player’s Handbook ($27). This tells you all the rules of D&D, how to make a character, what each dice roll means, etc. A DM should also have two other books, The Dungeon Master’s Guide ($28) and The Monster Manual, ($31). To minimize expenses, our group members are kind enough to share, like, two or three Player’s Handbooks with those of us who don’t have them whenever we need to look something up. Some people like the D&D Starter Set ($13), but I think one of the most fun aspects of D&D is creating characters and these come with pre-fab characters, so I feel pretty meh about it. I’d personally recommend getting those three books and then choosing a beginner campaign — we’re playing Hoard of the Dragon Queen ($22, only the Dungeon Master should read this book!). The DM can also “homebrew” a campaign, and for an example of this I recommend watching Geeky & Sundry’s Critical Role.

Dice are pretty important. Dice are also pretty. You should check out the website with the simplest name, D&D Dice. They have loads of pretty sets and the ability to customize your own set (for example, I play a rogue, so I need a lot of d6s, but rarely a d12).

I’d put down some fun minis, but to be perfectly honest, our group plays with a set of cardboard squares with our names written on them and that’s been working out fine for us. When you’re just getting started, best to have a Gaming Mat ($22.50) that the Dungeon Master can draw on and erase with some wet-erase markers ($7).

No, not the game set. Just a couple things to take it one step further, if you’re discovering you’re into it. 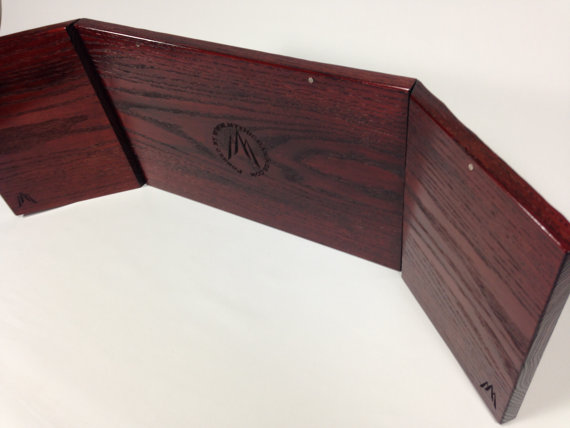 This is because the Dungeon Master often rolls a dice or counts down the hit points of an enemy or has a bunch of miniatures lined up for monsters you haven’t encountered yet and doesn’t want their players to know any of this information. You could just make rolls behind your hand, you could get the default screen for twelve bucks, or you could give yourself a nice set up with this solid oak DM screen (complete with a place for the DM’s pencil, $80). By the way, they’ll carve guild names and thank you messages and all sorts of things in it, so definitely check them out. 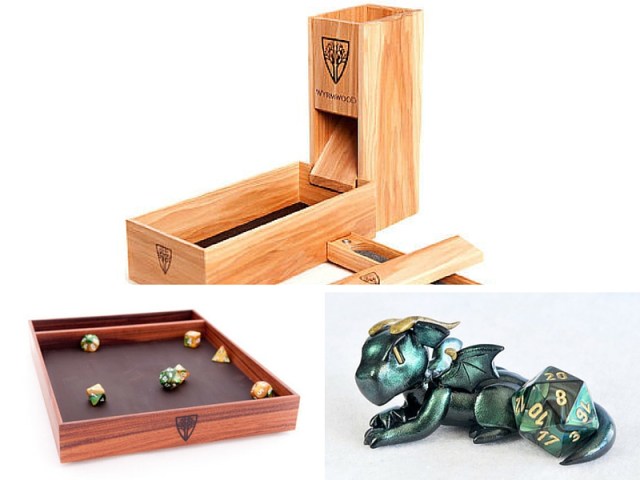 I found a cute little dragon dice holder, for when you’ve got a bit of an escapey die ($42). And if you, like me, are an enthusiastic roller, Wyrmwood Gaming makes a handy dice tray ($60) to contain your excitement and your wood-be errant d20s. And as an add-on, they also make a collapsable dice tower for rolling large handfuls of dice at once. So pretty.

Did you know there were so many accessories? I sure didn’t. Here’s a collage of all the cool stuff I found! 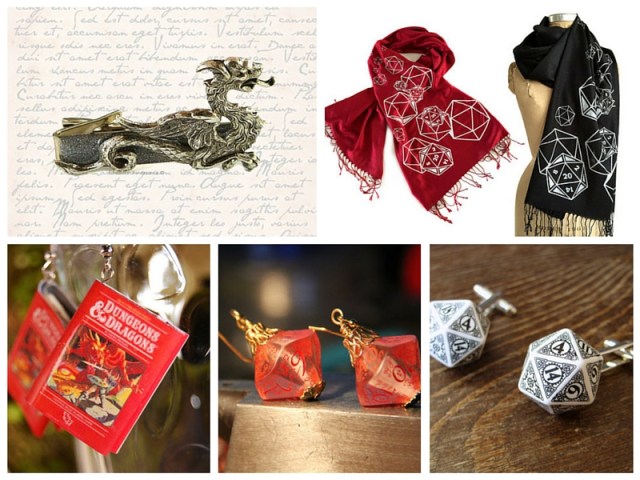