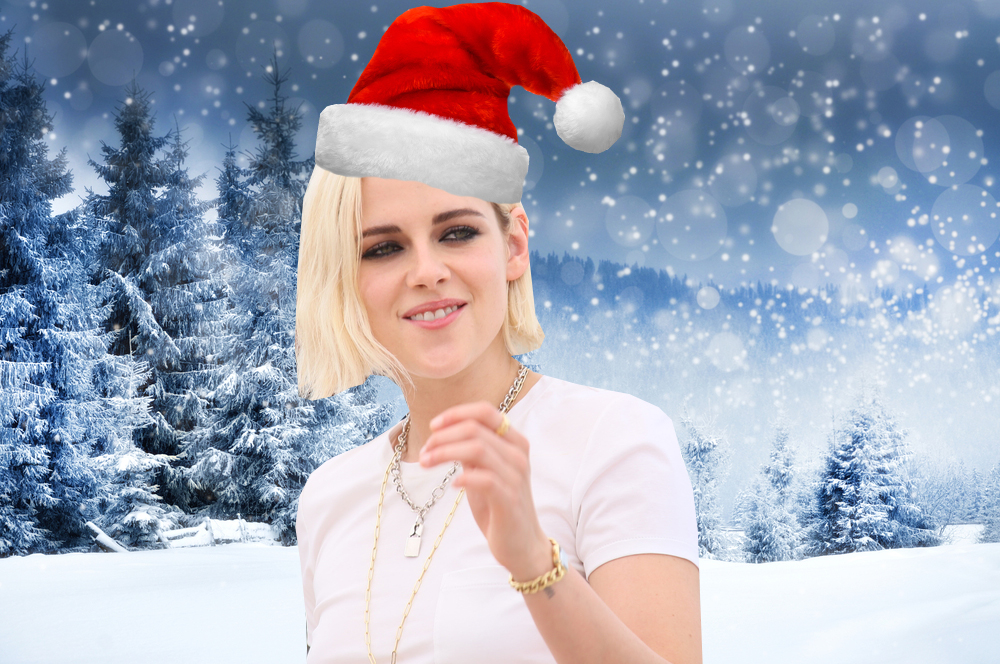 But baby it’s cold outside.

This evening I was snug in my bed like so many Christmas poems, snoozing away under the influence of the sedative my doctor gave me for the small outpatient procedure I had earlier in the day, when lo! An angel of the Lord appeared! And her name was Natalie and she said unto me, “Fear not! For, behold, I bring you good tidings of great joy, which shall be to all people. Kristen Stewart will star in Clea DuVall’s lesbian Christmas rom-com.” I startled awake, thinking it was just a holy dream, but upon checking Autostraddle Slack I saw the real-live link that Natalie had pasted right there the TV Team channel.

According to The Hollywood Reporter:

Kristen Stewart is in talks to star in Temple Hill Entertainment and TriStar Pictures’ Happiest Season, a same-sex romantic comedy from director Clea DuVall and writing partner Mary Holland, The Hollywood Reporter has confirmed. Happiest Season portrays a young woman whose plan to propose to her girlfriend while at her family’s annual holiday party is upended when she discovers her partner hasn’t yet come out to her conservative parents.

There are no real details on Happiest Season yet. Variety reported that TriStar had acquired the rights to it back in April when DuVall told them: “Mary [Holland] and I are beyond thrilled… Happiest Season is extremely important to us, and we could not ask for a better team to collaborate with to bring it to the screen.” And Holland said, “Teaming up with Clea to write Happiest Season has been a highlight of my life!”

THIS IS REAL. THIS IS A REAL THING. A REAL LESBIAN CHRISTMAS THING! Oh, how we have suffered endlessly in these cold winter months as Hallmark tells story after story of successful women who reluctantly return home for Christmas and bump into some Will Schuester prick of a lumberjack who convinces them a woman’s ambition is the the enemy of Christmas magic. Well, ho ho ho! Not anymore!

So sip your secular Starbucks peppermint latte, jingle your bells, and make room beside Carol on your DVD shelf: KStew Claus is comin’ to town!