After a four-year stint in Autostraddle’s top American lesbianish city (the incomparable Northampton, Massachusetts), I thought I had developed impossibly high queer-friendliness expectations for every future place I’d inhabit. Then I found Sydney. Indeed, the land of adorable marsupials, rugged and beautiful beaches, and (almost) constant great weather is also a magical land of lesbians. Added bonus: many of them have cute accents and enjoy surfing. Of course, Australia shares the U.S.’s regional disparities on queer acceptance and many people, particularly in the country’s vast rural interior, are very socially conservative. Gay marriage remains illegal here. Nevertheless, it’s tempting to forget that any queer-unfriendliness exists when you’re in Sydney’s Inner West: a group of neighborhoods right outside downtown where lesbian couples often seem more the norm than heterosexual ones (okay, that may be slight hyperbole, but you certainly don’t have to think twice about walking hand in hand with your partner).

Of course, like any city, the Sydney lesbian scene has its drawbacks. I’ve heard many complaints about the disconnect between young and older queer populations. Because the legal drinking age is 18, you’ll come across lots of baby dykes at most girls’ events, and by their mid-20’s, many women have burned out on the scene. Although some events are designed specifically for slightly older women, these are dominated by the 30-plus crowd and it can be difficult to find women in their mid- to late-20’s. The perennial complaint — that it’s impossible to meet anyone at a club — still rings true. But I’ve found that options for meeting women are varied and plentiful here if you look hard enough: the party rages on Oxford Street and at many monthly girls nights and a few low-key events also cater to those who prefer to socialize over a cup of coffee rather than tequila shots. Even the online lesbian community is active and welcoming. Although I have only called Sydney home for a year, I can confidently proclaim this among the top lesbian-friendly cities in the world and certainly worth a visit for far more than the Opera House. 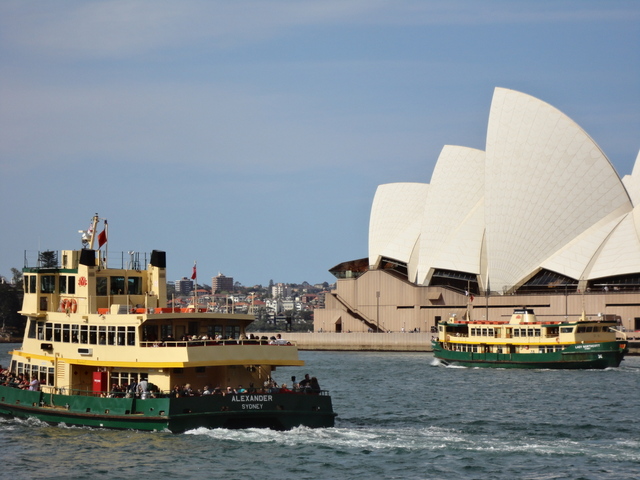 But first things first: it would just be wrong to begin any description of Sydney without mentioning the number one activity you just have to do as soon as you arrive here. Take the ferry from Circular Quay (pronounced key) to Manly. At 30 minutes and $7 one-way, there’s no better way to see (and photograph) the Opera House and Harbour Bridge from every angle. You’ll end up in the delightful, if touristy, suburb of Manly, where Aussie surfing culture is plentiful and beautiful tanned people abound. To escape the crowds, do some bushwalking around Sydney Harbour National Park (59-61 Goulburn Street) and discover elevated points with some of the best views of the Sydney skyline. If you can manage a ferry trip during sunset, even better. I’ve been on the ferry dozens of times now and views of the stunning skyline get me teary-eyed every time. 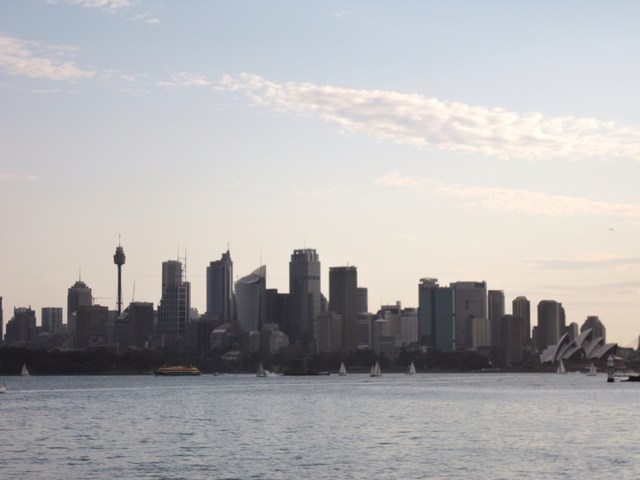 Okay, now back to (queer) business.

With a central business district that is surprisingly small and at times devoid of character (besides, of course, the spectacular harbor and surrounding area), Sydney’s charm lies in its surrounding neighborhoods (or suburbs, as they’re called here, despite being totally urban). Fortunately, there are just way too many gay-friendly neighborhoods to describe without expanding this post into book-form. I’ll highlight a few of my favorites, but the list is by no means exhaustive.

The local mecca of lesbians, Newtown boasts weekly girls nights (see below), funky coffee shops, organic markets, several independent theaters (live and movies), some of the best Thai food in Sydney and all-around queer-friendliness. Although it’s just a 10-minute train trip or bus ride to the city’s center (the central business district or CBD) and under half an hour to some of the city’s most famous beaches, it’s tempting to never leave this virtually perfect neighborhood.

King Street serves as Newtown’s major artery, beginning at the line of St. Peters (another queer-friendly, but not as exciting area), and ends just before the University of Sydney. On it — and the streets that shoot off it it — you will find everything a lesbian would ever need. You can drink the night away at one of the many pubs, grab a “recovery” brunch (Thick Aussie bacon, eggs, toast, and chips — french fries) at one of the cute cafes the next morning, take your dog to Camperdown Park (Federation Road) dog park (frequented by many an attractive androgynous lesbian), take in a movie at the Dendy (261-263 King Street), and just about anything else. Newtown has a distinctive alternative and hipster flare, so it’s also a fabulous place for people watching.

Among my favorite haunts are Berkelouw Books Café (6-8 O’Connell Street): part new and used bookstore, part café (with some of the best coffee in the area) and part ramen bar. Live jazz on Wednesday afternoons always draws a crowd. Newtown Thai (177 King Street) serves up some of the best Thai in the Newtown (for just $6.50 for a heaping mound of noodles or stir-fry during lunch). Gould’s Arcade (32 King Street), near the top end of King Street, is a monstrous warehouse-sized used book store that requires a full day to fully experience. King Street is also home to Vinnie’s (187 King Street), the op shop of the St. Vincent’s society, where it’s possible to find many hidden gems in with the dowdy stuff (if you’re on a budget, buying used is one of the only ways to avoid Australia’s ridiculously high prices on items such as clothing and books). There’s also more hipster clothing than you could possibly ever need. Ever.

No fewer than 15 pubs, each with a unique culture and patronage, line the 2-3 km expanse of King Street: some are dives that mostly play host to seedy older men who enjoy daytime gambling (or the pokies, as they’re called here), others are more hip and hold weekly trivia nights and cocktail happy hours (which are necessary in such an expensive place). Most see their fair share of queers. Right off King Street, The Courthouse Hotel (202 Australia Street) has one of the best outdoor beer gardens in the area, is home to weekly crab racing on Wednesdays and is usually full of lesbians. It also serves up a great pub meal. For a good drink in a fun and more intimate atmosphere, steer clear of the pub and head to Jester Seeds (127 King Street), Kuleto’s (157 King Street), or Corridor (153a King Street).

Adjacent Enmore is more alternative than Newtown, but I’ve lumped it in here because, like it or not, it’s also gradually losing its edge. Here you’ll find the best cheap Indian food in Sydney at Faheem’s Fast Food (194-196 Enmore Road), where cabbies line up late at night after they finish their shifts. Enmore is also home to some of the best artisan gelato in the city: at Cow and Moon (181 Enmore Road) there’s a gelato-making lab in the back and they switch their flavors often. If you’re looking to impress a date, take them to the swanky Green Room (156 Enmore Road), where bartenders get creative with dozens of funky and tasty cocktails (be prepared to spend about $20 a pop, though). There’s usually live music going as well. 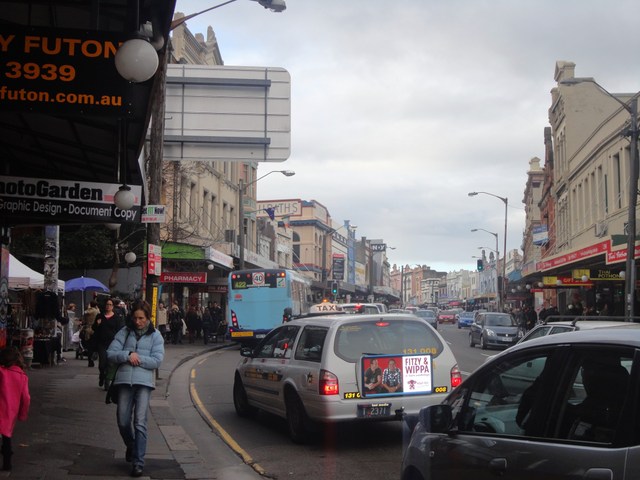 Newtown’s neighbor to the South, Erskineville (referred to as Erko by people in the know) serves as home to many older lesbians and those seeking a more subdued pub scene with small-town charm. Although its center is less than a 10-minute walk from busy King Street, Erskineville feels like a world apart with relaxed cafes that spill out onto streets and bars that tend to close much earlier than their Newtown counterparts. Its small one- or two-bedroom homes make it a family friendly locale.

The Erskineville Pub (102 Erskineville Road) serves up some of the best pub grub around and has several tragically hot queer bartenders you can lust after while waiting for food. Erko is also home to the famous Imperial Hotel (35 Erskineville Road), featured in the cult movie Priscilla, Queen of the Desert. It’s a three-floor gay venue that’s frequented by lesbians and hosts a monthly girls night on the basement dance floor, complete with stage and stripper poles. Although the Imperial is far past its golden days (it used to be the Sydney party spot for gay men), it can still be a fun night out, even if it’s not as busy as one might like. 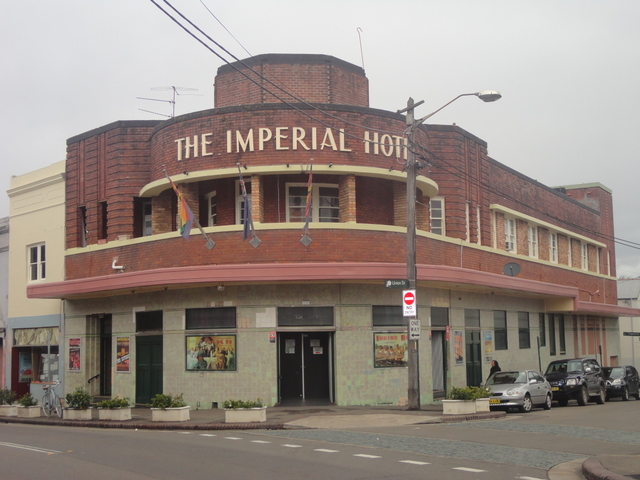 The neighborhood that is home to the gay club hub, Oxford Street, is expectedly dominated by gay men. Although the Oxford strip itself is lined with pubs, clubs, sex shops, and late-night kebab stalls and not especially pleasant in the daylight, some of Darlinghurst’s residential areas are beautiful. Its proximity to the city and nightlife make it a highly sought-after and quite expensive area. It can get a little seedy at night, however, especially at its border with Kings Cross: Sydney’s notorious red light district. Increasingly, queers are abandoning Darlinghurst in favor of the Inner West as Oxford Street venues become increasingly mixed and straight yuppies move in. 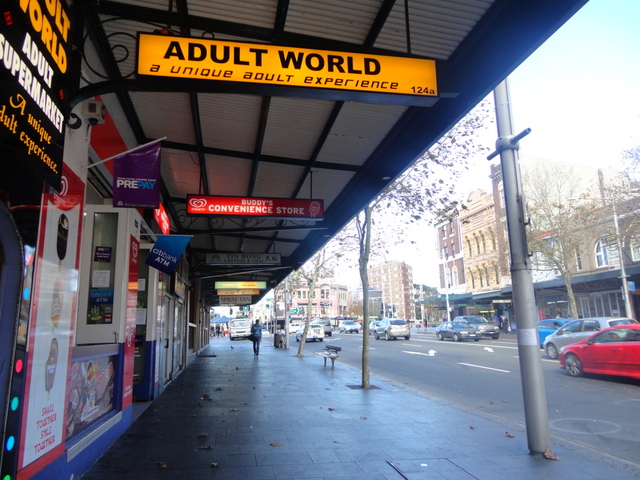 Marrickville is everything that Newtown used to be, namely (fairly) affordable, artsy, alternative and ethnically diverse. Though it’s farther West than Newtown and Enmore, and therefore less convenient to the city, it comes highly recommended by many lesbians. A small Portuguese enclave serves up some of the best food in the city, and the main strip is reminiscent of Newtown’s. The Marrickville Organic and Farmers Market (142 Addison Road), held every Sunday, is among the most popular in Sydney and full of delicious produce.

The former Newtown, and affectionately called Dykehardt, Sydney’s Italian quarter has seen better days. The major strip is a short section of Norton Street, which, in my view, doesn’t have much worth recommending. There are still plenty of lesbians around, but they tend to be older.

As for the rest of Inner West — you really can’t go wrong, it’s all gay-friendly.

Next: Nightlife, Pride, bookstores and more!

Jen has written 1 article for us.