Author’s Note: Hey y’all! Before you read this article, I suggest you treat yourself right by grabbing a pumpkin spice latte and reading this brilliant article by Sasanka Jinadasa. My goal was to present a bunch of cool facts about brown and indigenous peoples in my own snarky way, but Sasanka provides a much more fleshed out story about decolonization and Brown histories connected to the PSL. After talking with her, we both realized that as Brown folks who study critical race theory, our goal to present Brown and indigenous histories in otherwise White narratives can take similar paths. Hopefully, my article can serve as a companion piece to Sasanka’s and generate more discussion about whitewashing Brown and indigenous contributions! Ura! (Thanks!)

I could ramble forever about my love for all things pumpkin spice. Pop-Tarts, cookies, coffee creamer, liqueur, scented candles, its connection to the fall season… I love it. I love it all. But there is no love truer (sorry bae!) than my love for Pumpkin Spice Lattes (hereafter, PSL).

It’s accepted that the PSL is basic. Mostly because we all know that the stereotypical consumer of the PSL is The Basic White Girl™. They come in all shapes and sizes, but as a college student in Norman, Oklahoma, I am picturing a smallish YT, swamped in a campus-event shirt 3 times too big for her, that’s covering up some Nike running shorts and with weird, strappy, athletic sandals on her pink feet. 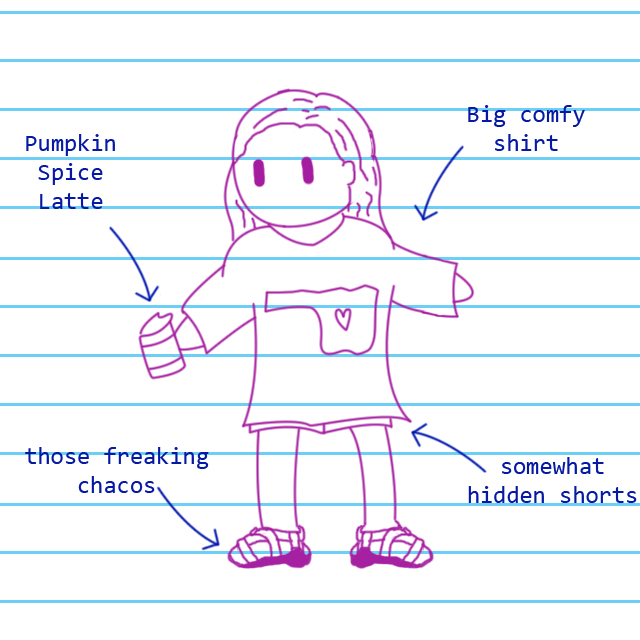 Where’s the lie? By Steph Cross

However, as a smol, Brown consumer of PSLs, I want to make the case that the PSL is not the basic one in that latte-white girl relationship. If you recall, regardless of how seldom YTs use spices in their cuisine (boneless skinless boiled chicken breast, anyone?) today, it’s common knowledge that the trade of spices fueled early colonization efforts, creating a vast network which eventually led to the Taínos discovering the first European fuckboy on their soil, Christopher Columbus. Let’s look at the major players of the pumpkin spice latte — besides the expected consumers — which are cinnamon, nutmeg, clove and pumpkin (actual pumpkin was added in puree form to the mix in September 2015). All are ingredients that could not exist without the knowledge, and exploitation, of Brown people. For instance…

There are two types of cinnamon, Ceylon (Cinnamomum verum) and Cassia (Cinnamomum cassia), which are stripped from a type of evergreen tree primarily grown in Sri Lanka. Ceylon, as Sri Lanka was known then, continues to be one of the major suppliers today. Brown people have been using cinnamon for a really long time, y’all. Well before Starbucks columbus’d the Chai Tea Latte, cinnamon was often featured in masala chai throughout Southeast Asia. Two thousand years ago Egyptians were using it in their embalming process and for perfume. Hebrews also used cinnamon in anointing oils and incense. Arab traders introduced cinnamon to Europe. During the Middle Ages, perhaps in an effort to keep white folks from killing themselves in the Cinnamon Challenge, Arab traders kept the origins of cinnamon to themselves — y’all, they told some tall tales about how cumbersome it was to harvest cinnamon! 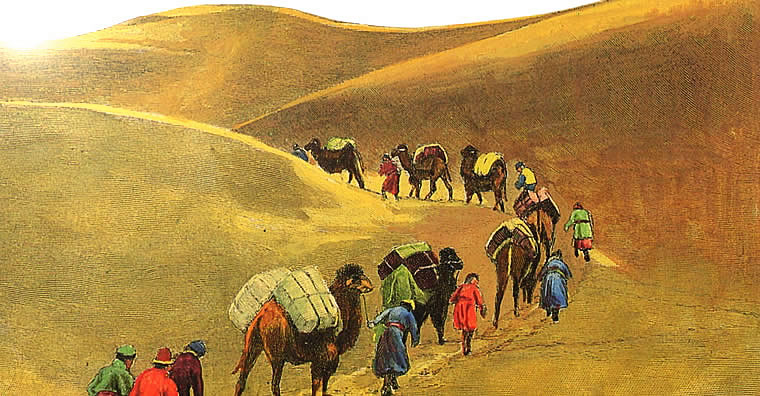 Do you think they’ll believe we found a cinnamon-hoarding dragon?
Via asiawelcome.com

Cloves are basically small dried flower buds from a kind of evergreen tree (Ayzygium aromaticum), whereas nutmeg is the seed of a different evergreen tree (Myristica frangans). These spices (in addition to mace) can be found on the Maluku Islands (also known as the Moluccas, a part of Indonesia), which much of the colonized world recognizes as “The Spice Islands.” For thousands of years the Indigenous islanders sailed and traded with Chinese and Arab merchants. Spices they traded were valued not only for their uses in cuisine, but also for their healing qualities. Nutmeg, especially, was sought after for its medicinal properties. Much of the information I’ve come across tends to focus on the spice trade and major colonizing powers, rather than the original peoples (funny how that works), but I found a small blurb that gives a brief glimpse into the often disregarded relationships between Indigenous peoples and land. One Maluku Islands ceremony involved the planting of a clove tree when a baby was born, with the growth and progress of the tree linked to the child’s life. Once the Dutch seized the trade completely, they begun burning down the trees that grew outside of their control. This was another way of devastating not only the physical link between human beings and Earth, but also their psychological and spiritual beings. 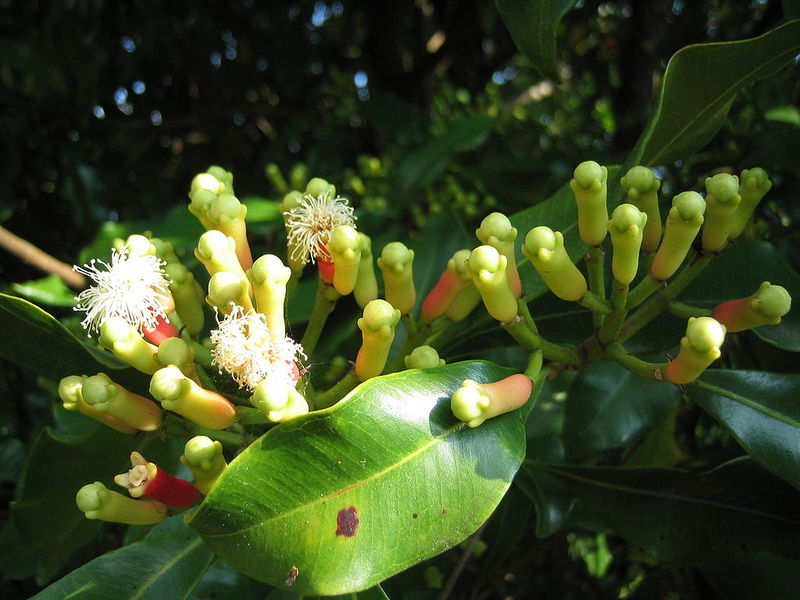 Pumpkins are, of course, indigenous to the western hemisphere and one of the more versatile fruits. They have been growing for at least 7,500 years in Mexico, and these particular types of pumpkins were described as “small, hard, and bitter.” Y’all, I think I found my new Twitter bio. Although somewhat different from our pop culture sense of pumpkins, pumpkins grown by Indigenous peoples in Mexico were, and still are, featured heavily in numerous recipes, like pepitas (roasted seeds), papadzules (corn tortillas in a sauce made from pumpkin seeds) and tamales and moles. Nations like the Wampanoag and Abeki have been cultivating and cooking pumpkin for thousands of years. I’m sure anyone with the typical American education could tell me about how pumpkins were considered one of the “three sisters” or how pumpkins were featured in the “First Thanksgiving.” I personally like to think that the tradition of chunking pumpkins most likely started around this time, too. Fed up with European settlers’ horrible cannibalistic practices, tribal nations could have started chunking pumpkins at them in an effort to break their nasty habits (but hey, that’s just an idea. I don’t have the science to back that up). 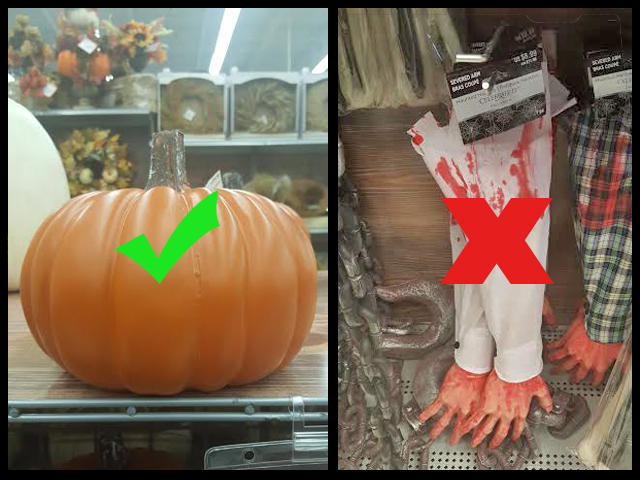 From the small amount of fact-gathering that I’ve done, I know that this brief article doesn’t come close to all the ways cinnamon, nutmeg, cloves and pumpkin have featured in Brown and Indigenous stories, ceremonies and practices. But let me say that as a small, hard, bitter, Brown person who enjoys the heck out of some PSLs, it gives me just the tiniest bit of satisfaction when I think of how much Brown people complicate something as “basic” as the PSL. As Brown folks, our contributions to all facets of humanity are often omitted or downplayed. Is the PSL not another reminder of this?! Pumpkin? Spice? I know you don’t think a white girl made that shit up.

Stephanie Cross is a Latina and a proud member of the Comanche Nation. Mostly a Texan, she currently attends the University of Oklahoma, where she received her master's in Native American Studies and is now pursuing her Ph.D. in Social Psychology. She is a Ravenclaw primary/Slytherin secondary and thinks that already tells you too much information.

Sister has written 1 article for us.