Two days before the eighth anniversary of International Women Human Rights Defenders (WHRDs) Day, a UN General Assembly Committee passed a draft on protecting WHRDs, which, after months of negotiation and polarised debates, is expected to be taken up by the Plenary next month.

By its terms, the General Assembly would call upon all States to promote, translate and give full effect to the Declaration on the Right and Responsibility of Individuals, Groups and Organs of Society to Promote and Protect Universally Recognized Human Rights and Fundamental Freedoms, including by taking appropriate, robust and practical steps to protect women human rights defenders.

According the Norwegian Ministry of Foreign Affairs, which led the preparations and negotiations, the resolution calls upon states to recognise that WHRDs “should be able to carry out their work without restrictions or threats to themselves or their families” and to “stop criminalising, stigmatising and hindering the work of [these] women.” This includes reviewing and amending national laws in order to ensure consistency with international human rights law. 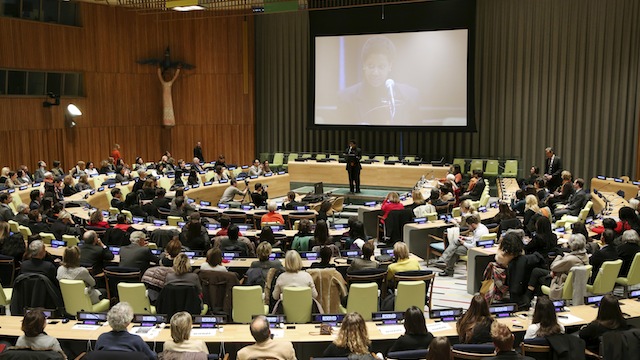 The resolution has taken months to reach this stage due to fraught negotiations over its language.

African countries had insisted on highlighting respect for customs and traditions. Russia, Iran and China had called for language which insisted the rights defenders should follow national laws, diplomats and activists said.

In the end Norway agreed to delete a paragraph which said states should “strongly condemn all forms of violence against women and women human rights defenders and refrain from invoking any customs, traditions or religious consideration to avoid their obligations.”

African nations in turn withdrew a proposed amendment which said human rights defenders had to fall in line with “local situations,” diplomats said.

More than 30 European countries, including Britain, France and Germany, withdrew as co-sponsors of the resolution in protest at the concession.

Iceland remained as a co-sponsor, but its UN ambassador Greta Gunnarsdottir called the concession “a low point” for the UN rights committee.

The Vatican led opponents to references in the draft to the risks faced by those working on sexual and reproductive health and gender rights, activists who monitored the talks said.

In 1998, the UN adopted the Declaration on Human Rights Defenders, which outlined the specific duties of states in protecting “anyone working for the promotion and protection of human rights.” In 2010, Special Rapporteur Margaret Sekaggya released a report noting that “women defenders are more at risk of suffering certain forms of violence and other violations, prejudice, exclusion, and repudiation than their male counterparts.” Not only do WHRDs face hostility from their families, societies and the authorities for “challenging accepted socio-cultural norms […] about the role and status of women in society,” the violations they face may themselves take a gender-specific form, particularly sexual abuse and rape.

The answer is clear: women who stand up for human rights are a threat to the status quo. These women are a threat in societies that view women as second-class citizens. State and non-state actors have therefore retaliated against women defenders and the work they do to promote gender equality and women’s participation in public life.

The unique threats faced by WHRDs have come to global attention again in the last few months due to the prominence of major personalities, particularly Malala Yousafzai, the Pakistani student and activist who was shot in the head by the Taliban for advocating girls’ education, and Denis Mukwege, the Democratic Republic of Congo doctor briefly forced into exile for his work helping rape victims. 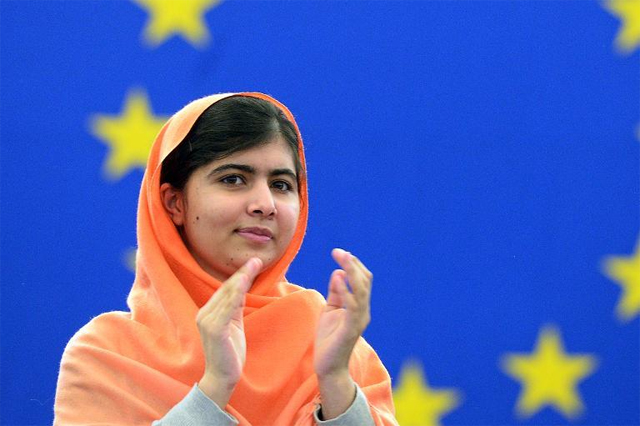 Malala Yousafzai receiving the Sakharov Prize at the European Parliament in Strasbourg, France
via Yahoo! News

The long-drawn negotiations, especially around the section of the resolution that prohibited using “customs, tradition and religious consideration” to justify violence against women and that was eventually withdrawn, have highlighted the importance of navigating cultural relativism, sensitivities and nuances in campaigning for women’s rights worldwide. There is no avoiding it: democratic deliberations, especially on an international scale, require that differences of values need to be respected and worked through, not simply worked around; in other words, cultural differences (and clashes) are not just obstacles to be overcome, they are the context in which any and all meaningful collaborative work must be done. There are also no easy answers as to how to balance universal conceptions of human rights – as is a core part of the very existence of the UN – with more relativist, diverse understandings of people’s value and belief systems.

At the same time, it’s debatable whether the UN is the place where these answers will be revealed or if it’s even the most appropriate avenue to be grappling with these massive questions. UN-level international and inter-regional negotiations are just as much political posturing and aggressive assertions of national sovereignty and self-interest as they are any real defense of “cultural” integrity and value.

Given the extent to which states are themselves implicated in the harm caused to WHRDs, it is likely the UN will be limited in its authority to ensure that any internationally agreed upon legislation will actually be implemented at a national or local level. It is probably still too early to see what concrete change will come from this in protecting the valuable work and even more valuable lives of WHRDs, but it does, hopefully, signal a turn for the better that the events of this week have placed this issue squarely back onto the global agenda.