Do you hear the people sing? Singing a song of angry men? It is the music of a people who will not be slaves again! Well homos, do you hear it?! You totally should, because we’re getting damn close to December 25, which is opening day of Les Misérables at the movies and I don’t know about you, but I can’t wait to see those badass revolutionaries marching the streets of France while singing soul-stirring tunes about when the beating of your heart echoes the beating of your drums on my local cinema screen! 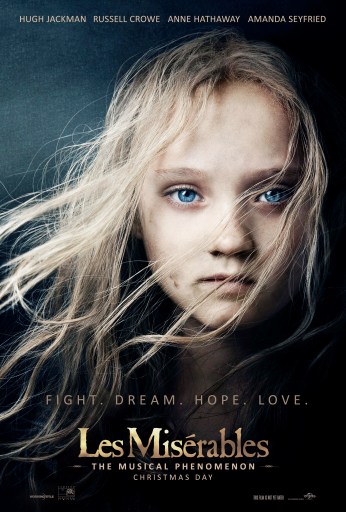 Full disclosure, I am actually not a huge “movie person.” I only saw one film in 2012, and the fact that I don’t mind telling you that it was The Hunger Games, and sorry I’m not sorry, is a testament to my feeling that Autostraddle is a real safe space. But despite my inability to ever commit to see a movie, I am a total theater dork, and I think it’s my weirdo theater kid roots that are really getting my blood pumping about the film version of the world’s longest-running musical.

Incase you have no idea what I’m talking about, let me catch you up super quickly so we can get to the awesome fun amazing portion of this post where I tell you about the prizes you can win! Oh yes, did I mention that? We’ve teamed up with Universal Pictures to bestow some pretty sweet swag to one of you little revolutionaries (yes, I just said swag, no, I’m not sorry, yes, this is still a safe space). But okay, before we talk about the giveaway, here’s what you have to look forward to on December 25.

I know. I know. Like I said, I’m really not a movie person, but I am dying to see this film. Incase you’re interested in the particulars, the film is directed by Tom Hooper of The Kings Speech and is based on the original stage musical which is based on the novel by Victor Hugo. It boasts an extremely accomplished cast, starring Anne Hathaway, Amanda Seyfried, Hugh Jackman, Russell Crowe, Eddie Redmayne, Aaron Tveit, Samantha Barks, Helena Bonham Carter and Sacha Baron Cohen and in my completely amateur opinion, it could very well be the best film you see all year.

If you’re not into watching movie trailers or if you’re currently at work like me and can’t watch movies on YouTube for fear of your boss firing you, here’s a synopsis of what the film will bring: 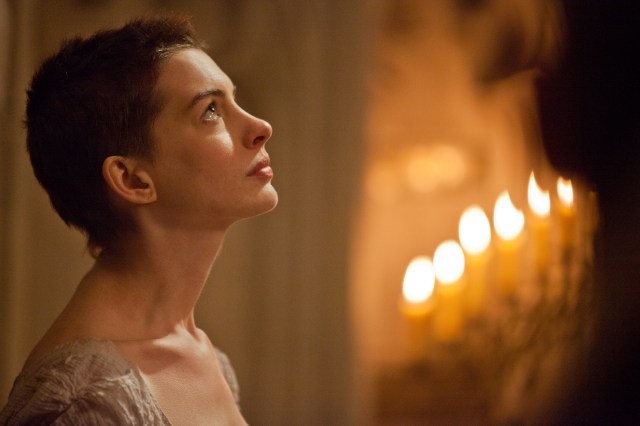 So okay, let’s talk about this prize pack. One lucky reader will receive a $25 Fandango gift card, and a Les Misérables t-shirt, journal, and soundtrack! Merry December 25! To enter this giveaway, leave a comment telling me your favorite song from Les Misérables and why that particular number wins your heart. We’ll pick a winner randomly on Wednesday, December 19. Here, I’ll get the party started.

My favorite song from Les Misérables is “On My Own,” because at age 11 I decided it totally encompassed all the feelings in my tiny soul and I moped around my house singing it loudly, even though I obviously had no understanding of what it was actually about and also I’m pretty much tone-deaf and even my girlfriend doesn’t like it when I sing in the car, but my kind parents never told me how horrendous I sounded and even indulged my delusions that I would one day be Éponine on Broadway (though I think they were very relieved when I finally faced reality at age 18 and told them I thought I might actually be more suited for a life behind the page rather than on the stage, bless my little heart).

UPDATE 12/19/12: Congratulations Ally, you are the winner of this giveaway! (Please check your email ASAP so you can claim your prize!) For those of you who don’t want to scroll through 100+ comments to find Ally’s entry (though I can’t imagine why you wouldn’t wanna do that) here’s what she had to say:

Les Miserables is my absolute favorite musical (and one of my favorite books); in fact, it was my soundtrack of choice for homework sessions throughout the last month of the semester. So, it’s difficult for me to choose just one song as a favorite– i love I Dreamed a Dream and On My Own; A Little Fall of Rain and Empty Chairs at Empty Tables bring me to tears, Stars and Do You Hear the People Sing? are so powerful… i think that if i *had* to choose just one, it’d be One Day More- it captures the first act so beautifully. i love it. Plus, there’s this: https://www.youtube.com/watch?v=3ziBJOi7cDY. Should i ever find “the One”, this will happen at the ceremony.

Congratulations again to Ally, and thanks to everyone who entered. Enjoy the film on December 25! You are all my favorite revolutionaries.