Because Radley is proven to be above reproach as a legitimate mental illness clinic and a studious keeper of accurate medical records, the Liars decide if they really want to know what happened to Charles, they have to steal his Radley file. It is not, as I mentioned, at Radley. Instead, it is in a warehouse awaiting shredding, the address of which Spencer finds out by ringing up Radley’s answering service and asking if she can please have Charles’ file.

The Liars want to go to there, Hanna especially. Emily wants to bring Sara, but Hanna slaps her right in the face when she suggests it because Sara is feral at best and Charles at worst. And Caleb isn’t coming either. Nobody’s telling anybody anything anymore; all lovers are getting the Paige McCullers treatment! 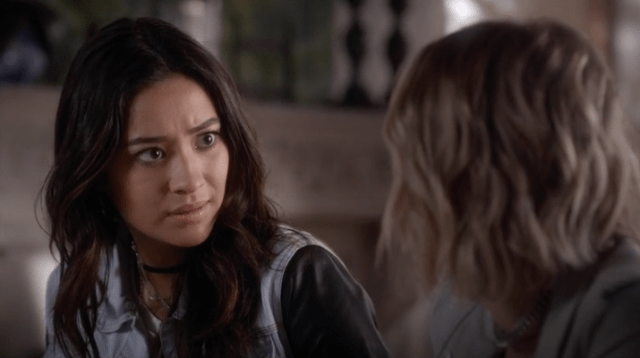 I can’t just kick a wounded lesbian when she’s down! 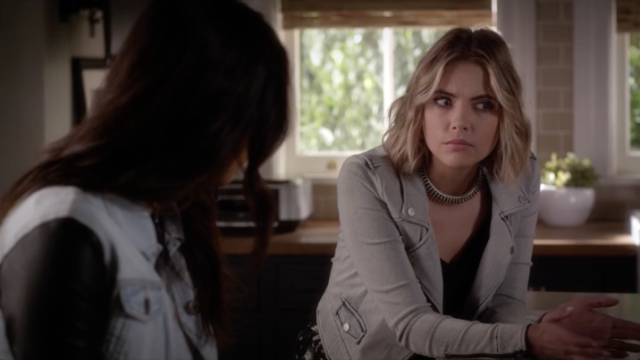 Why? You did it to Paige about a hundred times.

Spencer: Before we go to that warehouse, though, just out of mild curiosity, your anti-anxiety meds, how are they helping y’all with your anxiety?
Aria: I tossed mine.
Spencer: TOSSED THEM? IN THE TRASH CAN?
Aria: …yes?
Spencer: Like your bedroom one that gets emptied into the larger bin outside on garbage pickup day, which is today?
Aria: …yes?
Spencer says: I have to go … to school … for a test … to get into college.
The Liars hear: Seussian nonsense words.

Spencer goes to Aria’s and rifles through the Montgomery’s filth, but there are no pills in Aria’s Xanax bottle. Spencer feels gross in so many ways when she realizes this. The Liars then head on over to the warehouse where the Radley files are stored to get their hands on Charles’ medical records and find out how Toby’s dumb mom factors into this thing. Charles’ file is a needle in a haystack, but these Liars know their way around a barn, so before long they’re holding Charles’ file, which: Only follows his psychotic progress into adulthood until the age of 16, but does include a visitor’s log noting that Carole Ward hung out with him sometimes. 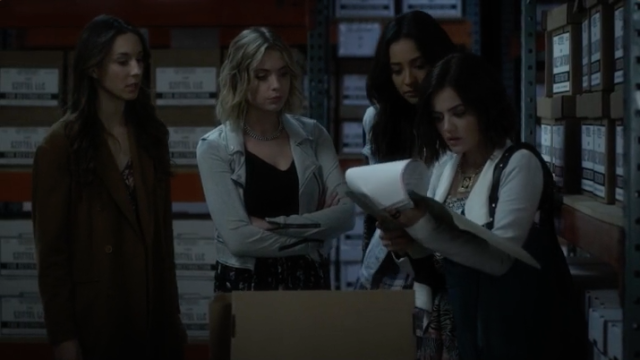 Dang, Sirius Black isn’t even in the Ministry of Magic tonight! 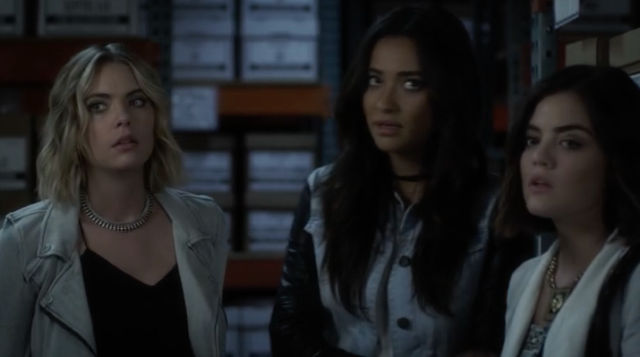 Hanna: … the hell is Carole Ward?
Emily: Alison’s great-aunt who died when we were in the tenth grade.
Hanna: [pulls a face]
Emily: What? I love her the way a lesbian does. I remember everything; it’s our way.

Alison, meanwhile, is enjoying a delicious summer snack of PB&J and lemonade and quizzing Vernon some more about Charles. What happened to his ashes? Jessica scattered them down by that lake where Hanna drowned Lucas. Was there a funeral? No. Was Vernon sorry Charles died? No. Was he a little sorry? No. A tiny pang of remorse as gentle as the wind for the death of Charles? No. 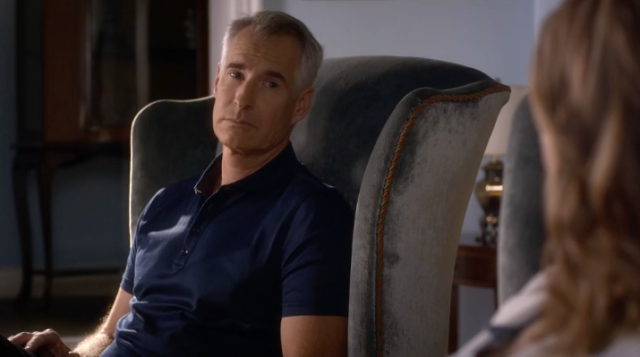 Our relationship means the world to me. 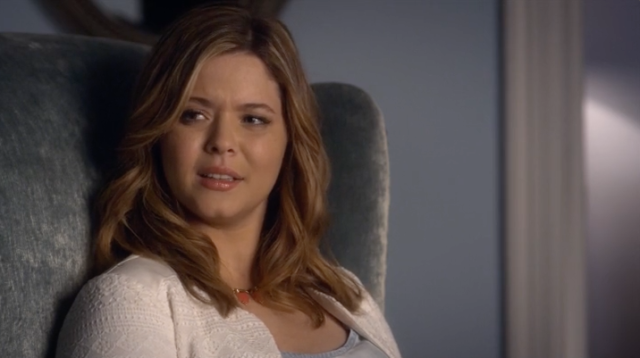 Our relationship means the world to my future therapist.

Guess who’s waiting for the Liars when they get out of the Radley warehouse? Oh, it’s Caleb, and he is making DadFace at them, in addition to which: he has installed a tracker on Hanna’s car without her consent. Hanna goes HAM on him, yelling about how completely he has disrespected her autonomy and he’d better not fucking do it again. She does, however, continue to be his girlfriend because she loves him and is sympathetic to the fact that his love for her makes him frantic for her safety. And he does continue to be a series regular on this show. So, not the full Paige McCullers treatment then. (ZING!)

Guess who’s waiting at home for Emily? It is Pam and she is freaking out because Bethany is up on the roof flapping her wings right now and screeching about godzillas and Marion Cavanaugh like a common Radley hooligan. Pam wants to take Sara back to the shelter. Like no offense or anything, but sometimes street cats don’t make the best pets, especially in a home run by a woman who finds emotional comfort in the order that comes from vacuuming and counting the Tylenols twice a day. Emily doesn’t want to return Sara to the shelter just yet, which is a good thing for her to say, because Sara is creeping at the door, listening in and ready to do some bludgeoning if necessary. 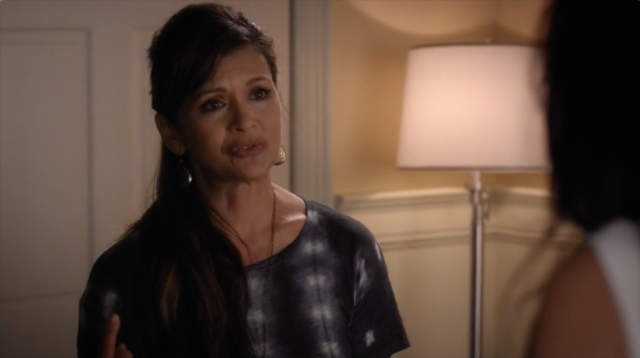 I found weed in her backpack so I sent her to drug prison. 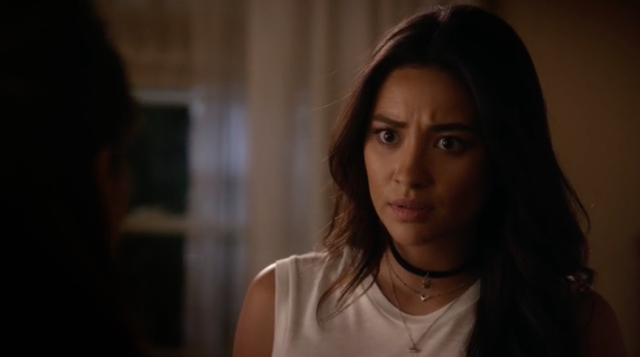 Just kidding, she’s on the roof.

Spencer goes to the Brew to buy some weed from Dede Drake, so she can calm down and stop remembering the time she was bathed in blood in the dollhouse, but Dede doesn’t have the drugs; she just has the hook-up for the drugs. But she’s going to bake Spencer some brownies from her very own stash because she’s a nice girl and also because she wants to smooch Spencer on them Ravenclaw lips.

Heather has written 991 articles for us.