Welcome to Working On It, where you can follow along as I try to right all the wrongs of my youth and treat my body like a temple, or maybe a national monument. A revered tree? Something beautifully important. All superfood feelings welcome.

I did a super bang-up job of trashing my body in my teens and twenties and I have a sudden desire to make up for it. It’s a thing that my 30something friend group talks about a lot, how many of us are suddenly desperately attempting to reverse certain unhealthy habits of our Youth, like not wearing sunscreen or surviving on < 5 hours’ sleep or doing blow. We all have own special reasons for living how we lived. Mine’s probably that the instinct of self-preservation (or common sense) (depending who you ask) (hi mum) never seemed to kick in. I’ve been a smoker for 15 years (now former, mostly) and a big fan of hot chips and pastry since birth. I’ve battled an illness that nearly killed me and I’ve pumped a bunch of damaging substances into my body. I’ve been a mess.

It’s taken 30 years but I’m finally paying attention to my body’s increasing limitations and failures and the harsh fact that I’m a mere mortal who’s gonna die one day. So, I’ve been giving health and wellness the ol’ college try. I’m taking it day by day, one burpee and failed quinoa recipe at a time. Literally one burpee because fuck burpees, I’m not a machine. Also, quinoa? Is it meant to be a little crunchy? Mine’s always on the crunchy side and if cook it longer it turns into porridge, and somehow this is the only dumb question left in the entire universe that hasn’t yet been posted to Yahoo! Answers. Please don’t make me.

To date, my biggest obstacles have been 1) I love food, every kind, especially artery-hardening ones, and 2) I strongly dislike being uncomfortable and therefore strongly dislike exercise. I’ve started dabbling in it anyway, since conceding that it really does have a positive impact on my mental health. They tell you that, don’t they? The Fitness People. You’ve probably heard all about endorphins and science and shit, perhaps from a super buff, ultra smiley trainer on a morning television show, or Lauren Conrad, or that one friend who runs marathons for “fun.” That’s part of my struggle, I think. Being outside of your comfort zone can be terrifying, in any context, so it helps to get your info from someone you can trust or at least relate to in even the smallest way.

So, this will become a regular thing — a weekly recap of what’s working for me and what isn’t (yet, or maybe ever, tbd) on my personal quest for improved health and wellness. Come with me on this journey, if you want. There’ll be a lot of ground to cover because I have no fucking clue what I’m doing. Everything I know about health was taught to me by a giraffe that lived in a trailer. Australia!

My strategy as of right now is to randomly test out healthy habits and the occasional fad that I’ve heard or read about and see which ones stick. Maybe you’ve been here and have a suggestion or two. Maybe you’re currently here and just want to ask about superfoods in a safe space. Welcome.

Before diving in, there’s this: I’m not trying to live up to any particular conventional/social standards or expectations re: what shape my body is in and/or how I should take care of it. This is about self-love, not self-hate. Similarly, I’m sure as hell not implying that you ought to be making the same decisions as me, even though my most recent decision was rewarding myself for a 50-minute workout with a vodka diet and peanut M&Ms’ and frankly, it was bliss. This is just about me, wanting to live forever. It’s that simple.

Working: Going to the gym 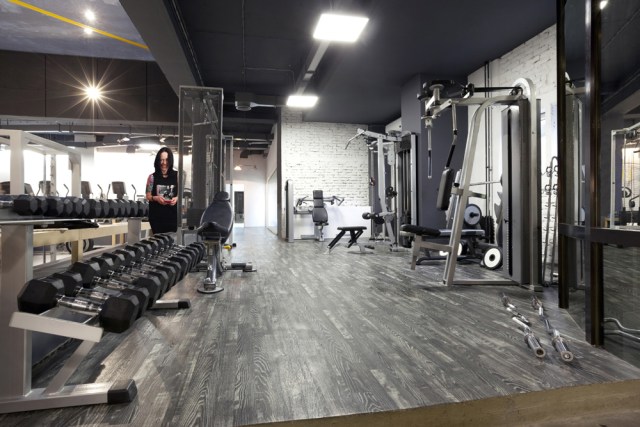 Several years ago I signed up to a $400 annual gym membership and attended maybe ~nine times, which unsurprisingly didn’t result in the unbeatable value or the “New Year, New Me” that I’d been sold on. So, several months ago when I felt the urge to re-explore my potential as a gym-goer, I was highly motivated and enthusiastic but not totally confident that I’d actually attend on a regular and on-going basis. But I have, sorta! My average right now is 2.5 visits per week. That may not seem impressive but it’s actually a 792 per cent improvement on my last gym participation rate, so.

In addition to having become slightly more disciplined in my old age, I’d say these are the main reasons why this is working out better than last time:

This is not to say that the gym is working perfectly for me. It’s not. So many aspects currently feel a little uninviting or overwhelming (strength training! group classes! omg group classes) and I’ll process those feelings in future posts. But right now, as far as my very basic goal of showing up on a somewhat regular basis goes, I’m crushing it. *bicep emoji*

You know what isn’t really working for me? Being sweated on by beefed up dudes who have this perpetual need to disrupt my flow every other minute by enquiring how many sets I have left. What about my needs? What about my need to finish my reps in a zone that is only achievable by listening to “Shake It Off” in full? That means UNINTERRUPTED, BRO. But also, if you see me wheezing and puffing and generally struggling to complete that 20lb lat pull down and your first assumption isn’t that I won’t be crawling away to die in just a quick moment, maybe you should be pumping up your powers of deduction instead your guns.

I don’t know what the solution is. Is this all gyms? Maybe this is a universal thing. I briefly investigated joining a female-only gym but the nearest one was basically a yoga studio with some treadmills and a few light-weight brightly coloured dumbbells for my little delicate lady hands. 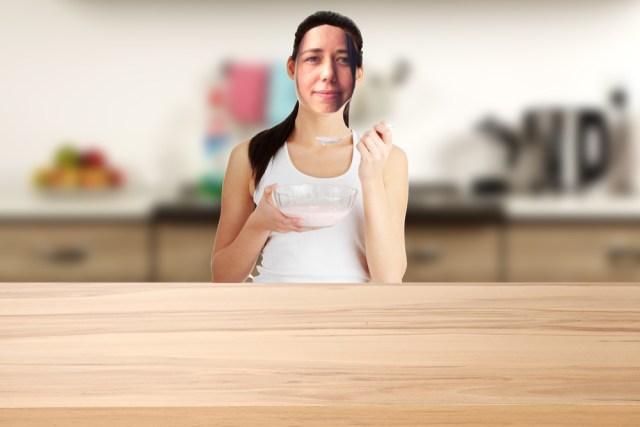 I grew up at the school of hard knocks, the ol’ college of real life, where breakfast was not served daily or hardly ever and so it just never became part of my adult routine. The only time I eat breakfast is at A-Camp and it’s because the cereal buffet is filled with glorious sugar crack that we don’t have back home. But now that I’m in my thirties? I’m starting to feel a little embarrassed for myself. It’s the most important meal of the day, did you know? Even five year olds seem to get that.

So, last year I began testing out some breakfast basics, like bagels with cream cheese and wheat toast with Vegemite. But they just made me super hungry immediately after and so it felt pointless. It seemed pointless to wake my stomach up early with breakfast when it only compelled me to smash every pastry in sight until lunchtime. That feels the opposite of healthy.

I didn’t give up. I researched foods that make you feel fuller for longer and the internet’s unanimous answer was “protein.” I tried the most practical approach of eating protein bars but they left me with a stomach ache and a super unpleasant synthetic taste in my mouth and also, they’re hella exy. Then I tried a low fat Greek yogurt situation and so far that’s been a winner. I enjoy it a lot more than I ever imagined possible, and somehow a tiny little tub holds me over until lunchtime. Protein! A+.

Not Working: Pyjamas as Workout Clothes

Until recently, my workout clothes were just last year’s winter pyjamas: baggy American Apparel tees and heavy woollen sweatpants. I was super resistant to buying proper “gym” gear because I felt like a poseur, I guess? Because I’m not a fitness guy! It felt silly to wear Nike when I can barely run for five minutes without keeling over. I know that it’s not actually silly. What’s silly is believing that I need to earn the right to wear workout attire, or that other people in the gym actually give a fuck about whatever I’m wearing or doing. Silly is sweltering in suffocating clothing when I could be feeling the cool cool breeze swishing through my thighs as I climb that incline. But even knowing all this on a rational level, I still struggle. I’m still reluctant to walk into the exercise section even though I could really use a second or third gym outfit. (Recently I broke down and bought one set of workout clothes online and they don’t fit perfectly but at least they breathe better than wooly pyjamas. So it’s a start to solving this, I guess).

What’s your workout jam? I’ve been struggling with how boring the treadmill is, however, it’s the only exercise I feel confident about right now, so rather than give it up I want to distract myself from its mind-numbing dullness with sound. Music felt like the obvious choice but it just hasn’t been effective? I think because when the beat slows down, my feet do too. However! Podcasts are really working for me. I’ve had a ton of success with using them as bribery to get my ass to the gym, i.e. not allowing myself to listen to new episodes of a super addictive series unless it’s when I’m working out. Serial worked like a charm, I was gagging to get back on the treadmill to find out what Don’s whole deal is.

Other effective podcasts include:

So, this is everything that I’ve been up to. Enough about me. What about you? Where are you at with this health and wellbeing thing? Are you curious? On a journey? Already nailing it? Do you need an outlet for your feelings about quinoa and gym clothes and workout jams? Because this this is it. Let’s talk about everything.

Coming up next week: I’ll probably talk about calorie counting but not in a way that’ll make you throw side-eye, I hope, as well as ‘social’ drinking and smoking.