It starts with Elektra. My best friend thinks she’s a Capricorn, and I think they’re right. At the beginning of the episode, she’s in the middle of viewing her new apartment. It’s a high-rise, spacious, penthouse that she buys out in cash. Elektra’s voice, narrating the first few scenes, tells us how it happens. Simply put, she’s rich now and she’s laundering money for the Mafia. Her business is growing rapidly and she has, in her own words, “become the McDonalds of the sex industry.” She’s doing great in the relationships department as well. Which, for her, means hiring companionship. There’s something interesting happening with Elektra. By interesting, I mean messed up. It seems like the narrative being painted is one of excess – but Elektra isn’t excessive. When Elektra says she’s the reincarnation of Cleopatra, I believe her. So instead, I submit this: Everything Elektra has is exactly what she deserves, luxury. 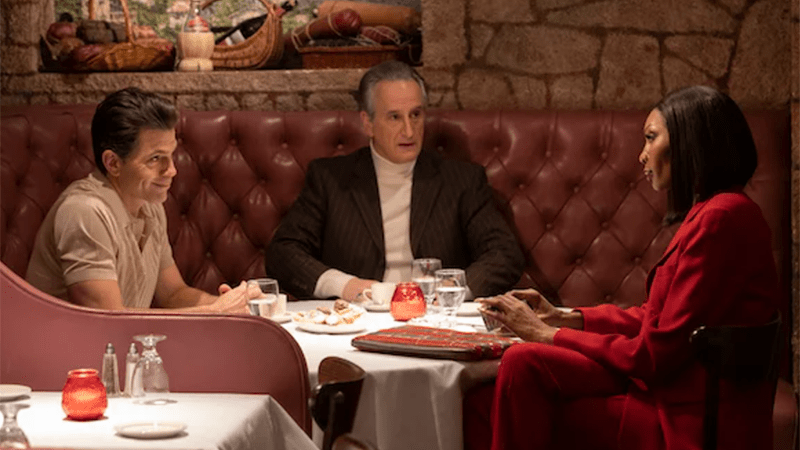 Elektra is not a Miranda Priestly figure. She is not vain, or narcissistic. She is simply aware of who she is, and what she’s owed by a world that takes from her and pretends it doesn’t. Case in point? One of the first things she does with her new income is fill Blanca’s house with entirely new furniture, complete with a big ass table, because, duh. It’s Blanca’s house. The women of Evangelista waste no time sitting down to eat, but dinner is tense. Elektra’s gift to Lulu is a trip to rehab, which she quickly shuts down. She says she’s not using, but she also says no one’s checked in with her about Candy. Elektra’s still too filled with concern for Lulu to hear her pain, but Blanca does, Angel does, and they do their best to validate Elektra’s concern, as well as Lulu’s feelings. It works and they remind themselves that they love each other, but it feels too much like burying pain to me.

Hurt doesn’t go away because you pretend it’s not there, and I’m really, really worried for Lulu. It feels like the writers are letting this build and this is one of the many things that make me ask, why? What does it mean for Lulu to be in pain like this, and receive no support? To me, I’m thinking of Blanca, and everything I know about who she is, and how she reacted to her kids using, and she’s saying nothing about her sister? Angel isn’t doing anything either? Also, I know Elektra is not the one to go to for sympathetic support, but she is supportive to the best of her ability, so why isn’t she doing anything to address what Lulu needs, even when her ability has clearly expanded? It feels like, for the tension to hold, the characters are being written to betray themselves. What grounds this show is family, but they aren’t always acting like family anymore. It’s frustrating and disappointing. 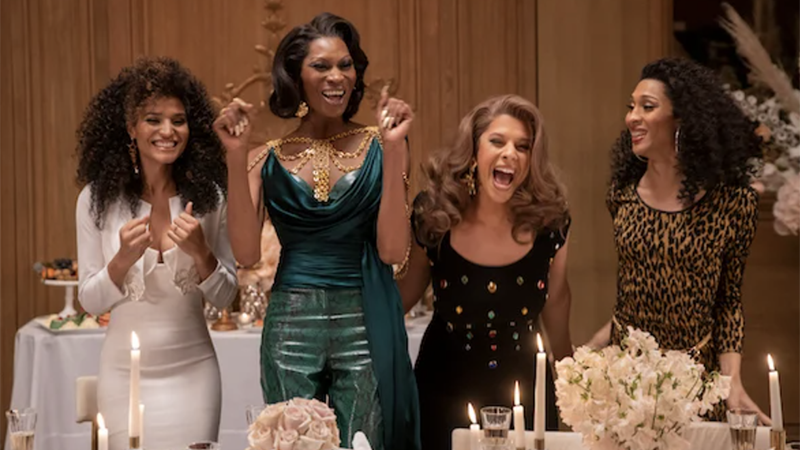 On a more hopeful — initially — note, Angel and Papi are getting married! Soon! Initially, they settle for a small, simple courthouse wedding, officiated by Blanca, but during the dinner at Blanca, Elektra offers to pay for Angel’s dream wedding, and she accepts. When she talks to Papi about it, he’s less enthused. He thinks it’ll look bad on him that he can’t afford to pay for a lavish wedding. He even goes to Elektra’s office — where Blanca seems to be acting as an anger translator — to tell her as much Angel, and later Elektra, rightly call out his Machismo, but it didn’t feel real to me because it felt like he wasn’t acting like himself, until he apologised to Elektra. He didn’t apologise to Angel though, which was odd. They’ve felt disconnected from each other this season, and it doesn’t get better. For Angel’s wedding, Elektra pulls out all the stops. They — Blanca and Lulu included — go dress shopping and eventually, everyone ends up trying up a dress. I, personally, did not know that watching people try on wedding dresses could be a spiritual experience, but here we are.

My favourites are Blanca’s bow-tie dress, and the back of Elektra’s dress with the layered droops? I don’t know what they’re called, but that. Bless the craftsperson that came up with that. Eventually, Angel finds her dress and it’s gorgeous. Elektra gets ready to pay but they’re stopped by the owner. He’s your average transphobic douchebag that says he won’t sell anything to them, “on principle.” I’m with Lulu when she starts to take her earrings off to show him where he can stick his principles, but Elektra opts for another way, and provides a classic read. This man thinks that his ability to walk through the world with his identity largely unchallenged gives him some kind of right to question other people. It doesn’t, and Elektra reminds him of that, and tells him to watch his neck, she’s not done with him. I’m questioning the threat though. It feels more like Elektra’s style to strike quietly. The women leave, and Dominick — the dresser that helped fit Angel — quits after watching his boss’s transphobic behaviour. 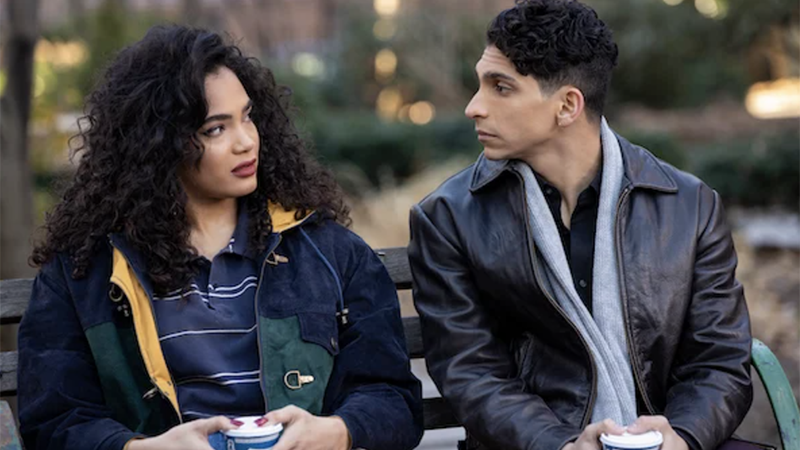 Concurrently, A LOT is going on with Papi. He’s visited by his ex’s sister, Jimena. She congratulates him on the come up, but her words have bite to them. She lets him know that her sister passed away but more importantly, she has a son. Papi’s son. He’s named after Papi, but they call him Beto. Jimena and Papi talk for a bit, especially about Marisol and her drug use. Papi feels like he should or could have done more, but Jimena doesn’t think anything could have been done. The amount of care, and support a person needs while healing from the trauma of addiction is immense. More than any two people could give, and sometimes more than any community can give, especially not communities that have been intentionally, systematically deprived of resources- so maybe she’s right. Papi goes to see his son. He watches him play with legos for a bit, before asking what he’s doing, and if he can join. When Beto responds that he’s building a house for his mother, and that Papi can join even though he’s a stranger, Papi breaks down. He barely gets to explain that he’s not a stranger, that he’s family, before he’s overcome by tears, and just holds his son.

Back at Elektra’s she summarily kicks out her hired companionship as he’s been getting too comfortable, and she doesn’t find him stimulating outside of sex. I’m down for Elektra to do her thing, but I wonder if asking an old white guy to frisk him was necessary. After, she goes down to meet two of her mafia friends and inform them of the situation. She says no to their initial, violent, suggestion but she asks them to steal all the wedding dresses in the store, suggesting that they give some to the daughters of their associates. The men recognize Elektra’s brilliance and tell her she’d make a great boss.

Gentlemen, she’s a queen, and she proves as much during Angel’s bachelorette weekend. She buys out the whole freaking spa, and we’re treated to another montage of them getting massages, baths, relaxing by the pool, and whatever else you do at a spa. Blanca takes the time to let her nail-tech know all about Christopher. I love her. At the end of their big day, Elektra invites a bunch of Angels friends to a giant dinner. Blanca gives a speech as she should, and it’s filled with her love and pride for Angel and Papi, because she’s Blanca. Elektra has two more surprises. Living her best Oprah life, she announces that, “everybody gets a dress” and it’s wholesome. When everyone’s settled down, she announces the final surprise, strippers. What follows is a wonderful mess of laughter and joy, Angel having an awkward but cute lap dance, Lulu having the time of her life, and Blanca freaking out the entire time. As a Capricorn Venus, I approve of the way Elektra is spending her money. 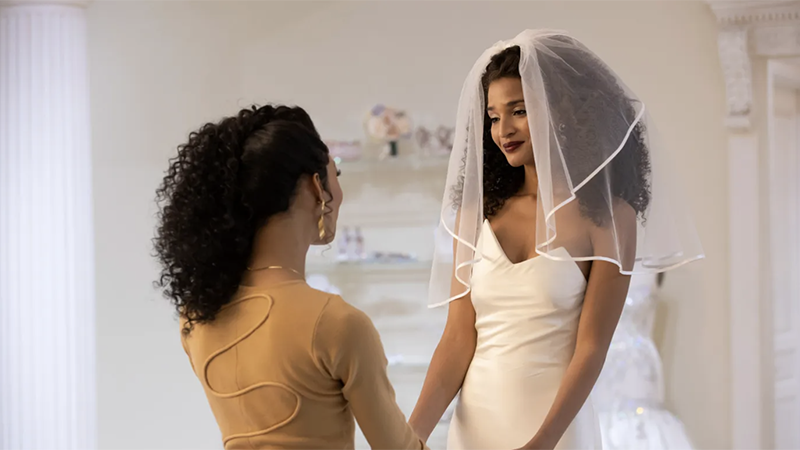 Unfortunately, that’s the last high point of the episode. Angel comes home to find Papi waiting for her. He lets her know everything that’s going on, that Marisol is dead and he has a son. He wants him to live with them. Angel has a hard time with that. She explains that she’s been working on her sobriety, that she can’t. That she’s not ready. During this entire scene, my heart felt staticky and wrong. Everything I was seeing, everything they were saying felt wrong. The pain wasn’t wrong, Angel and Papi are constantly walking that tightrope together. They’re both so bruised they can hardly touch each other without hurting, but this wasn’t that. This scene wasn’t Angel and Papi figuring something out. Papi got down on his knees, he begged, and Angel walked away. This scene ends the episode, and I’m still wondering what the heck just happened.

This episode didn’t feel real to me. That might be partly because of shock, sure, but I think it was everything that didn’t feel right. Pose has always been real, but to me, that realness was the way Elektra showed up for her kids, even when she didn’t particularly like them. It was Blanca fighting to stay herself in a world that wanted her to change. It was Damon dancing, because his mother, a woman he just met, fought harder for him than anyone in his birth family. It was family. Now, I’m not sure I can recognize the family I fell in love with.