In truly adorable fashion, Ellen DeGeneres announced yesterday via twitter that her wife, Portia De Rossi will be joining the cast of Scandal. Degeneres tweets: “So annoying when people brag on twitter & that’s why I’m not tweeting that Portia just signed on to do a top secret arc on ‘Scandal’. Oops.” This power-couple — whose first and last names elude any attempts at Brangelina-ing—just cannot stop winning. The calculated-but-classy humility about the whole thing just makes me all queery-eyed. (1st strike for bad puns.)

So annoying when people brag on twitter & that’s why I’m not tweeting that Portia just signed on to do a top secret arc on “Scandal”. Oops.

Ellen’s marriage to De Rossi in 2008 solidified each of their places in lesbian royalty for all time, which means you need to be updated on all of their subsequent achievements. Any good news for… Prellen? Ellortia?… is good news for us. 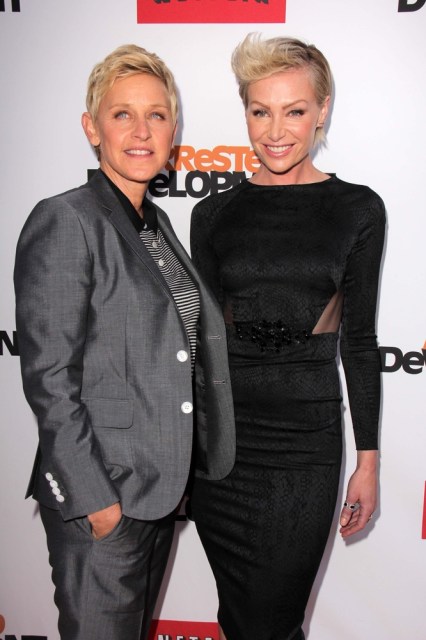 Let’s take a stroll down memory lane, shall we? De Rossi, born in Australia as Amanda Lee Rogers, legally changed her name to Portia Lee James Degeneres in 2010. After moving to America, De Rossi landed a major roles on Ally McBeal in 1998, Arrested Development in 2003, and in Ellen Degeneres’s bedroom in 2004. Since marrying, both stars have enjoyed successful careers, De Rossi with a notable role in the eventually cancelled ABC series Better Off Ted in 2009. This latest surprise arc in Scandal is surely just the next step in De Rossi’s conquering of the small screen. 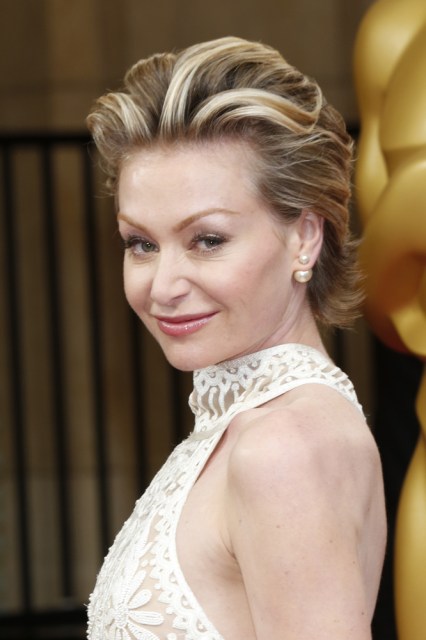 The creator of Scandal, Shonda Rhimes, is no stranger to putting unexpected faces in leading roles. Now filming its fourth season, Scandal is one of the first primetime television series to star a Black woman, Kerry Washington. Though not entirely the first of its kind, Scandal is certainly the most successful, with two Primetime Emmy nominations, one win, and a nomination for the 2014 Golden Globes. The majority of these nominations are for an outstanding performance by Washington in her role as Olivia Pope. 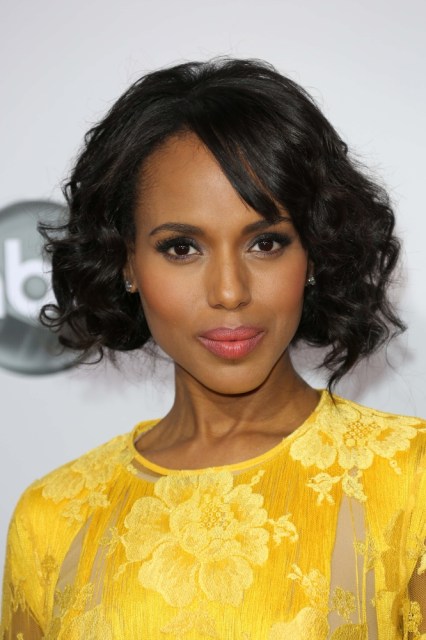 Putting the two pioneer women on screen together only seems fitting. You can wait alongside me on bated breath for the new season, set to air September 25 at 9pm on ABC.