The focus of Pornotopia is simple: steamy sex had by folks with realistic bodies resulting in real orgasms. Sadly, it’s kind of a novel idea, especially when you consider how much of mainstream pornography – a $13 billion industry in the US – fails at showcasing any of those things. 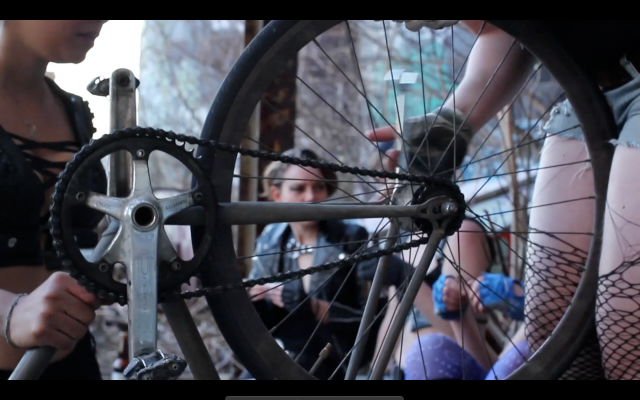 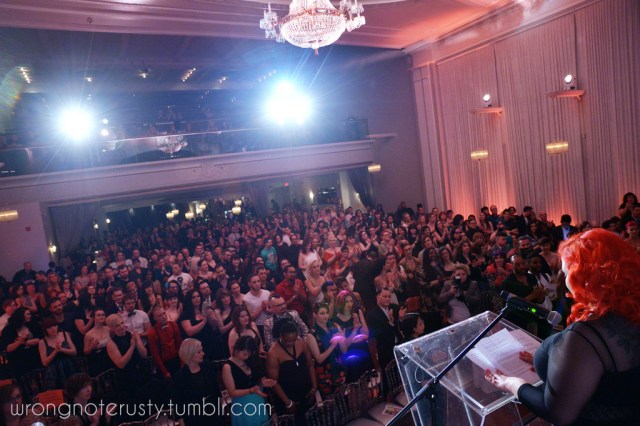 “For a long time we were operating in an environment of intimidation,” Fricker said. “With something like Pornotopia, it’s very important that it’s a safe space for people and with the constraints the county was putting on us, that was making it very hard.”

The issues began during the first annual Pornotopia in 2007 when the city of Albuquerque’s zoning board asserted the Guild Cinema, the location of the film festival every year, was operating as an “adult amusement establishment,” which violated zoning laws. In a story that has now become legendary, the Guild Theater was served with a cease and desist letter just four hours before the festival was set to begin when fortuitously, a group of law students happened to be watching a movie at the Guild. When they overheard what was happening, they made some calls and before long, the Albuquerque chapter of the ACLU was involved.

With the help of the ACLU, the film festival was permitted to continue. Over the course of the next year, Pornotopia organizers met with the city to no avail. After no agreement was reached with city hall before the 2008 festival, the Guild was officially cited. A years-long legal battle ensued, with the theater being convicted of the zoning violation, a decision that was upheld by the State District Court.

“If everyone followed the law the way it was written, Albuquerque would be like a Footloose town,” Fricker laughed. “Seriously, screening The 40 Year Old Virgin would be illegal because of the sexual focus. A reading of The Vagina Monologues would be illegal. Even given that, it was clear why we were cited. The straight set wasn’t cited, but a set called ‘Trans Men in Action’ was.”

Pornotopia continued on despite the legal troubles, but after being cited again in 2010, Fricker began to lose hope and didn’t want to put The Guild in the position of being cited again. In 2010, instead of the film festival, Self Serve planned to put on a show about censorship with local burlesque performers, who were threatened with citation, despite performing at a city-sponsored event a few months prior.

“We were being censored and we were losing at every turn. It was hard to stay optimistic. We knew Pornotopia was important, but as a queer woman trying to go against the grain, I didn’t have a lot of hope in the powers that be. I thought, ‘At least we’re putting up a good fight. There’s honor in that,'” Fricker said.

In 2013, the case went all the way to the New Mexico Supreme Court. The State reversed the decision on the conviction and ruled in favor of The Guild. Needless to say, the Pornotopia crew and the many self-described “perverts” that had come to love the festival, were elated. 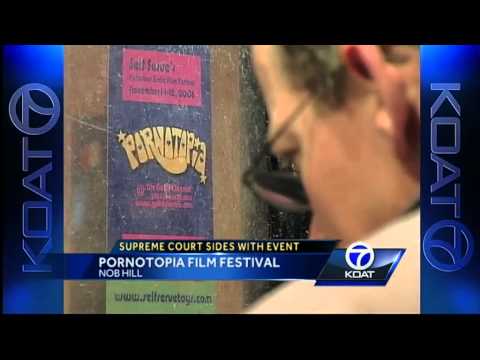 After attending Pornotopia and learning about the court battle, Riley began volunteering at Self Serve and was soon hired as the store manager. Shortly after, she received the training necessary to become a sex educator. Her experience with the shop and the festival is one she characterizes as “life changing,” which is also true for the many who have benefited from the sex-positive atmosphere Self Serve cultivates in its shop and more broadly, in the city of Albuquerque, where Catholicism has had a stronghold… well, forever.

The experience of Pornotopia has been transformative for many communities of people, including elderly folks. Riley says that last year, between 80 and 90 percent of the festival passes sold went to couples who were 65 or older. Riley says many attendees told her no such thing existed when they were growing up.

For those of us whose first experiences with sex shops were in darkened, skeezy stores inhabited by creepy men where we had to wade through aisles of gag gifts to get to the less-than-stellar toys, the idea that a sex shop can be both educational and a community resource may seem ludicrous. According to Fricker; however, shops like hers are the third generation of feminist sex shops.

“I was trained at Grand Opening and for me, it’s so crucial to love, support and acknowledge those who came before. Shops like Self Serve wouldn’t exist if not for trailblazers like Good Vibrations and Eve’s Garden, which has been around since 1974,” Fricker said. “Good Vibrations had an apprenticeship program for folks who wanted to open their own shops, which is how Babeland came to be.”

Fricker, who also worked at A Different Light, the nation’s oldest independent GLBT bookstore, upon moving to San Francisco in her early 20’s, says apprenticeships were plentiful, until the internet happened. Soon, the handful of feminist-run, sex-positive sex shops had to see each other as competitors, rather than partners.

“We can’t forget that sex shops are small businesses and competition is stiff, so I can understand how things had to shift once the internet became more prevalent. Personally, I don’t see feminist sex shops in other towns as my competition,” Fricker said. “I like having a network so that we can share resources.”

Enter: the Progressive Pressure Club, a network of independent brick and mortar sex shops dedicated to helping people make informed decisions about sexuality products. The “Club” enables people like Fricker to connect with others and discuss – as Self Serve’s owner says – “the business of doing business,” but it’s also a way for consumers seeking out feminist, sex-positive shops to find stores in their area.

“I want people to understand that if you don’t support the endeavors you want to see more of, if we don’t support great, feminist things, they go away. The magazine On Our Backs is part of the reason my store exists. As a teenager growing up in Orange County where there was no queer culture, I could go to Borders and read On Our Backs and learn how to fist my girlfriend. Access to information is so important and primarily, that’s what shops like mine provide. If you want to see more feminist sex shops, support them,” Fricker says.

Putting even more financial pressure on independently-owned businesses like Self Serve are large, chains that are taking notice of their success and as a result, are “rebranding” to appear more women-friendly. These stores are cutting down on the gag gifts and only employing women, which is great in theory, but the changes are only surface-level because the stores are still owned by men and often, no real progressive practices have been put in place. 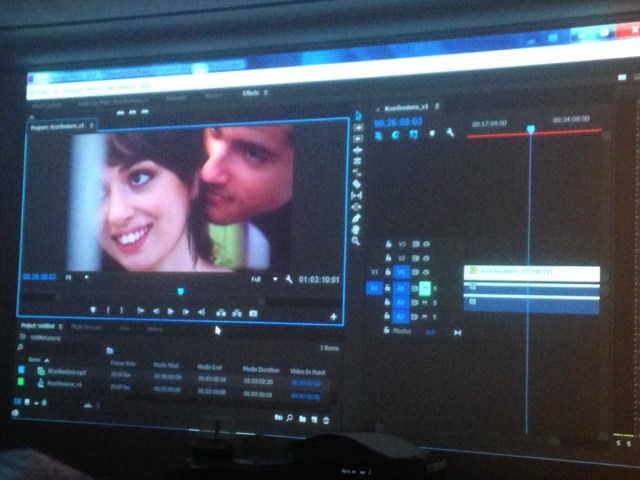 “I think informed sex is better sex,” Jansen says. “And if you’re informed, I think you have a better life in general. I doubt the goal for mainstream shops is information; it’s more likely profit. We need to make a profit too, but when you boil it down, if our customers are informed and happy, so am I.”

If you’re having trouble detecting whether your local shop is feminist or parading as “women-friendly,” Jansen says the first indicator should be whether or not it appears the shop owners are making very conscious decisions to be as inclusive as possible. Jansen says there shouldn’t be any joke products that make people feel bad. Another good sign is if sex toys are on display in a way that enables customers to touch them and turn them on.

“At Good For Her, we’re very intentional about not featuring the packaging toys often come in, which usually features thin, white, cis women in like, a cat suit or something. We don’t want to perpetuate stereotypes or make anyone feel excluded,” Jansen says.

Once a week, Good For Her has women and trans-only store hours. The shop also doesn’t sell pornography that fetishizes people in negative or oppressive ways or perpetuates racist stereotypes. The Feminist Porn Awards are also very intentional about which kinds of films can win awards. Women and/or traditionally marginalized people must be involved in the direction, production, and/or conception of the work; the work must depict genuine pleasure, agency, and desire for all performers; and the work must expand the boundaries of sexual representation on film, challenge stereotypes, and presents a vision that sets the content apart from most mainstream pornography. Of course, it also has to be hot.