Hello and welcome to the last Pop Culture Fix before Carol leaves Netflix! You have been warned!

+ Ruby Rose is ready to stand on her own, save Gotham, and get the girl. (There’s some legit multimedia winking going on over at Glamour for this cover story.)

+ The trailer for season two of All American is here!

+ The whole Adams Foster family is getting back together for the special Christmas episode of Good Trouble and would you get a load of Jude??? 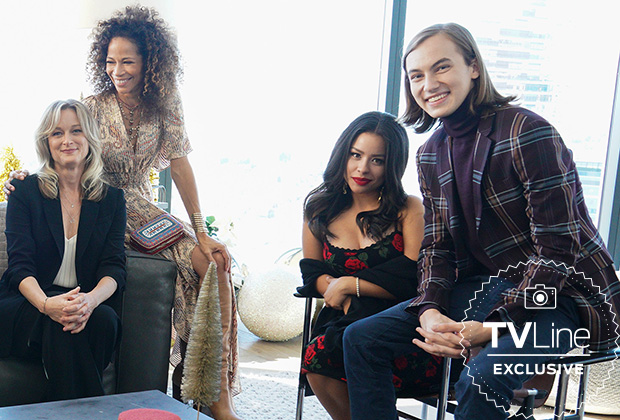 + The welcome rise of the stripper ensemble film.

+ Issa Rae is re-imagining Set It Off.

+ Filming dates for the new season of One Day at a Time (if you’re in LA, you should go!).

+ Jane Lynch and Cyndi Lauper are developing a “Golden Girls-style” comedy for Netflix. 🧐

+ Celine Dion has dropped some new tracks from her first album in six years.

+ Here’s a deleted Nia scene from season four of Supergirl.