feature image: “The Witch’s Dance In, Tam-O’Shanter” by J.M. Wright

We’ve always been big fans of witches (and many of us are witches ourselves), but now that we’ve been named as an instigator of the Modern Witch movement by The Guardian, we figured that we should step up our witch game. I mean, our personal witch games are strong as ever, but as a site we could always use some more witchiness, you know?

With that mission in mind, here’s a playlist full of songs for all you brujas, witches, sea hags and fortune tellers. These songs are prefect for all the times when you may be mixing potions in your kitchen, preparing to perform dark rituals with friends or just lounging around your house with your favorite black cat. Some of these songs are on the nose and are explicitly about witches or witchcraft, others are sung by witches, others just give off a good witch vibe, some fall into all of those categories. 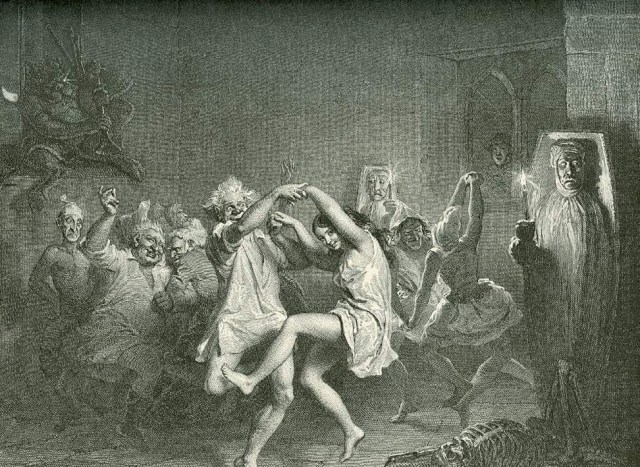 “Warlocks and witches in a dance” by John Faed