There must be something in the lingonberry jam and kaffebröd for Sweden to have given us so much great pop music in the last four decades. In the 70s, ABBA rapidly became the first family of disco music. In the 80s, Neneh Cherry collaborated with every oddball rocker, from Michael Stipe to Geoff Barrow. Her brother, Eagle Eye, would wield his own one-hit wonder in the mid-90s.

But it’s not just about the tunes. Sweden’s also given us a considerable amount of queer and/or genderfucking eye candy in the form of Maja Ivarsson of The Sounds, Ola Salo of The Ark, and–queen of relationship advice–Robyn. Whether you’re looking for a new punk band fronted by a Joan Jett doppelganger or a synthpop band with an affinity for masks: Sweden is the go-to place for quality tunes and alternative lifestyle haircut inspiration. 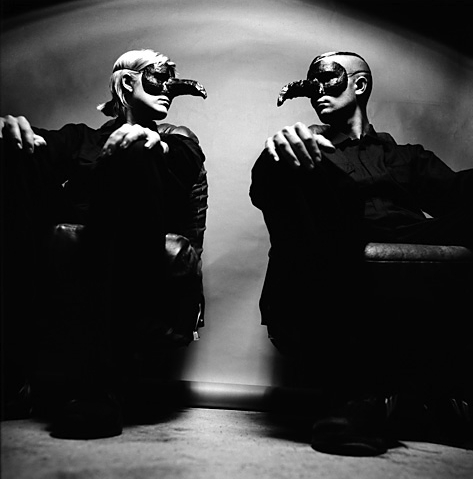 Alright Alright (Here’s My Fist Where’s The Fight?) – Sahara Hotnights
A Postcard To Nina – Jens Lekman
All That She Wants – Ace of Base
Yours to Keep – Teddybears (featuring Neneh Cherry)
You and Me Song – The Wannadies
Young Folks – Peter, Björn, and John (featuring Victoria Bergsman)
Make Out Fall Out Make Up – Love Is All
Spoon Me – OHM
Until We Bleed – Kleerup (featuring Lykke Li)
The Girl And The Robot – Röyksopp (featuring Robyn)
My Favourite Game – The Cardigans
4 Songs & A Fight – The Sounds
Like A Pen – The Knife
Too Late, Too Slow – Shout Out Louds
Heartbeats – Jose Gonzalez (The Knife cover)
I Love It – Icona Pop
Winter Beats – I Break Horses
One Of Us – ABBA
Pale Fire – El Perro del Mar
Chosen One – The Concretes
Save Tonight – Eagle Eye Cherry

Swedehearts from Autostraddle on 8tracks Radio.

Tell me your favorite tracks by Swedish artists below!