We’ve all been there, honey. Not hearing back is probably among the top five worst first-world-feelings ever. I’m proud of you for going for it and sending her a text in the first place! You probably stared at your screen for like a half hour and read the same sentence over and over and over. DON’T WORRY, IT WAS  CLEVER AND SWEET BUT ALSO CHILL AND NOT TRYING TOO HARD.

After living through this agony myself, I have carefully designed my life to ensure that I never stress about phone calls or text messages again. I can teach you how to do this one day. But in the meantime, there is a short-term solution:

Put your phone on silent and hide it under your laundry.

Now you have two roads of distraction to choose from:

1. Get busy, go for drinks with friends, read a book, write a book, exercise, do something that feigns properly ordered priorities and self-preservation, etc.

Whatever you do, keep that phone on silent and do not look at it for at least twenty minutes.

Leave Your Phone Under the Laundry 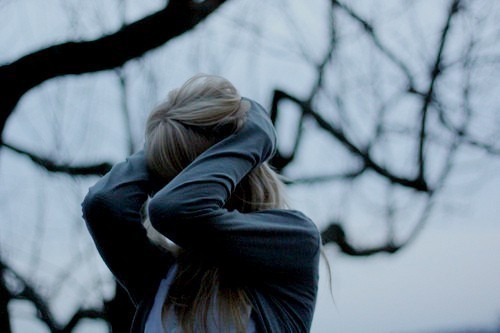 Add your own angst-ridden tracks in the comments below.

Want to suggest a playlist theme? Hit up Crystal on Formspring and someone on the team will make it for you.