It’s nearly December, you guys! Did you hear? If one more person reminds me how quickly the holidays are approaching I’m going to have a breakdown. The prospect of meeting end-of-year deadlines and doing holiday shopping in holiday crowds brings on serious stress, and I suspect I’m not alone in this.

When I get stressed I suffer from sleep paralysis, which is scary and a thing that I like to avoid at all costs. So for me, maintaining a moderate level of chill in the lead up to the holidays is essential. To help with that I’ve compiled a playlist of songs that have an immediate calming effect on my brain and my body. Maybe they’ll help you get through the holiday season too.

This is best listened to on ‘shuffle’. I’ve changed the tracklist at least a dozen times since posting it today.

Keep Calm And Carry On 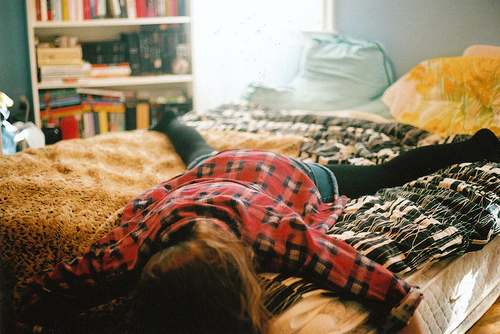 Add your favourite calming tracks in the comments below!

Want to suggest a playlist theme? Hit me up on Formspring and someone of the team might create it for you.