Hayley Huntley is a Los Angeles based comedy person that was born and raised in Reno, Nevada. In 2011 she placed 2nd in iO’s Improv X-Ecution and just this year she won the inaugural Thomas Angel Foundation Scholarship for women at Upright Citizens Brigade Theatre. She recently made a Harold Team, one of UCB’s house teams that performs regularly. She is a nail art enthusiast. 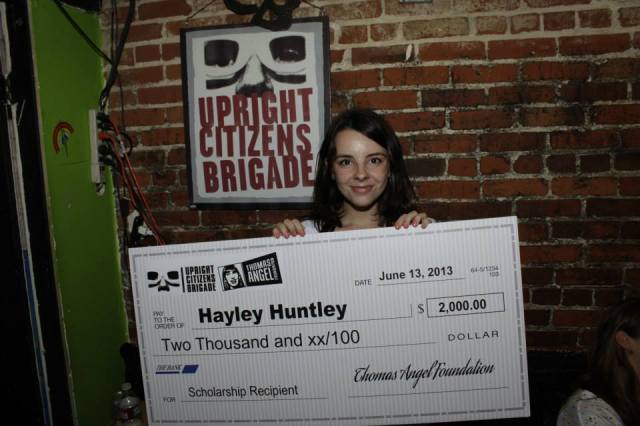 You have your master’s in creative writing which means you must have an answer to this question that will automatically endear you to some people. Who’s your favorite author?

Can you fill me in a bit on your torrid history with guacamole and your current stance?

Guacamole and I met when I was in high school and just beginning to warm up to avocados. We entered into a five-year love affair, which came to a slow end as I realized I didn’t NEED to add guacamole to my nachos anymore. That made me feel weird (and this is true), because who are you if your favorite food isn’t your favorite food anymore? We’re on good terms now. We still say hi when we see each other. Especially if it doesn’t cost extra.

If you had to describe how being on stage and having people laugh at you makes you feel in one word, what would it be? 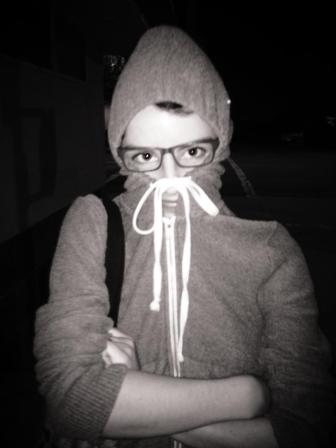 I know you love In-N-Out, but if you could only eat from one fast food establishment for the rest of your life, what would it be?

My best friend in college refused to call In-N-Out “fast food” because she had a rule that she didn’t eat fast food, but she did eat In-N-Out. So according to that doctrine, my favorite fast food is Jim-Boys. It’s a Mexican food chain in Reno, Nevada (and other areas of the country, probably), and my dad is such a regular that he has forgotten his wallet twice, and they’ve given him his food anyway. (That also speaks to the old-fashioned, small-town, Wild West rules my dad lives by, but that’s an answer for another question.)

You often weave your own views on gender, sexuality, and feminism into scenes. Do you see improv as a space rife for performing feminism and dismantling the patriarchy?

The entertainment world is inching along in terms of equal representation, and I celebrate that whenever possible. But if you look at the numbers of women in comedy, and the sexist material that passes for normal, there’s still something inherently political about a woman taking the stage — or at least, that’s what I believe. They say improv works best when the performer makes it personal, and for most feminists I know, the political is personal. It’s not that I walk into an improv scene with a plot to articulate an agenda. I just aim to perform female characters with dignity and intelligence — which is an obvious choice to me, but perhaps not so familiar in the entertainment industry. Every once in a while, there’s a special improv scene that tees me up to say something about gender issues in a way that’s still truthful to the scene. Those moments feel incredibly powerful. And I’ll just close this sermon by adding that I have been so inspired and supported by other women in the community, which I’m convinced is the only way to keep this wheel turning. Thanks for asking me this question. 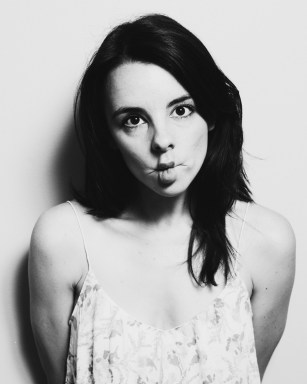